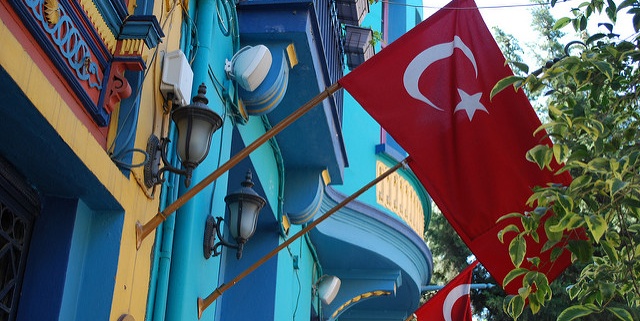 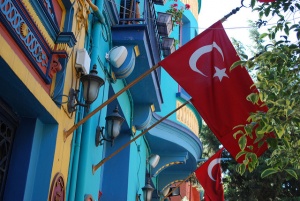 In light of the recent string of attacks by Daesh (incorrectly referred to as the Islamic State, ISIS or ISIL) I and many other Muslims have come to reflect back on our religion. With Ramadan over and the world celebrating Eid, we can’t really seem to lose our grip from Daesh’s wave of violence all over the globe. Even in our holiest month, they unleashed a number of attacks on both Muslim and non-Muslim majority countries. Even so, these attacks have constantly hit home for me. There have been two major attacks in my birth city of Dhaka, Bangladesh. One was at a bakery/café and the other at an Eid prayer site. They didn’t affect my immediate family relatives, but a number of Bengali friends did have family back home who were. I remember my mother fearfully calling back home after hearing about the first attack, and then crying when she found out that everyone was okay. That moment will forever be etched in my mind. It was so moving and frightening at the same time.

It begs us to wonder how does an organization that claims to uphold Islam hurt other Muslims during the holiest month of the Islamic calendar? For Muslims, the answer is crystal clear. Daesh does not represent the 99.99% of Muslims that make up Islam. I think many Muslims have had to say this statement more than once, but it’s worth re-mentioning.

Yet, it’s even more disturbing how Daesh hurts non-Muslims with the same ease they do their own supposed people. It perpetuates negative stereotypes of Muslims and it makes Muslims scared of Islamophobic backlash from non-Muslims. I’ve always thought that the best way to bring people into Islam is to show non-Muslims the interesting nuances within our religion, for we’re just as diverse and vast as other the Abrahamic religions.

However, in this time of living where Daesh dominates headlines, it’s very hard to highlight the nuances. The non-Muslim world is focused on the ultra-conservative, ultra-scary belief systems within Islam, while the other schools of thought and sects are pushed into the wayside. The beautiful rainbow of Islamic thought, which has been cultivated by people from all over the globe, is being bleached into oblivion before our very eyes. With all this sadness and hurt, it’s easy to get lost in our emotions and feel dejected. The bad can seem to outweigh the good sometimes. However, as Muslims it’s up to us to stay positive and keep moving forward. After all, we can’t progress learning and growth within our religion if we don’t move on from our collective pain.

There’s always something we can do. The first is prevention. We as Muslims should be vigilant within our own communities. If we see something suspicious, we should always report it to the proper authorities. Sometimes we may feel as if it’s not in our place to speak up against something that may not affect us, but is nonetheless wrong. However, we have to fight that notion, because real people may be in danger if we don’t speak up. Second, we have to keep the younger members of our ummah (community) and our fellow friends aware about the vigilance of Daesh. These string of attacks are Daesh’s last full blown effort to exert power. They’re scared, because they’re losing land at an alarming rate. They’re acting out to prove their masculinity and appear powerful. It’s foolish and we, as true Muslims, can see through their lies.

Daesh likes to recruit those who are troubled or are going through a rough time. Usually their recruits aren’t that very religious to begin with, and are coerced or primed to run away and join their ploy. Their favorite method of recruitment is social media. Thus, if we see anything, we, as good, true Muslims, must report it. Moreover, we have to tell the young ones within our communities about the dangers of Daesh and of talking to random strangers online.

Lastly, we should engage in activism. We have to lobby for better U.S. relationships with Middle Eastern countries. Most scholars and pundits will say that the reason for Daesh’s creation is because our country’s government has failed the people of Afghanistan and Iraq. Thus, we have to be consistent voters and critical of our political process. It’s the bills that Congress passes that determine who will die from a drone attack or will be backed with oil money. We’re a representative democracy, and we can’t get mad when our politicians talk nonsense in the wake of evil and bring about even more terrors like Daesh, because we voted them in. One vote won’t change an election; however, many will. So, we have to mobilize our Muslim communities to support the leaders who will fight evil like Daesh and keep future hate groups like them at bay, both domestically and around the world.

We can’t change the ugly past. Daesh has smeared the meaning of Islam. It has perverted a relatively peaceful religion into something violent and degrading. Daesh does not represent us and it never will. Thus, it’s a good time to engage in some good, old-fashion self-care. Click here to learn more about mental and emotional self-care for Muslims. I have found these tips to be especially helpful during this time of extreme mental and emotion turmoil.

We as an ummah have to stay strong and stay steadfast to our beliefs of acceptance, kindness, respect, giving, and joy. When we lose these things, we become Daesh. Thus, no matter what nasty Islamophobia comes your way, or how broken you feel that your fellow Muslims are being hurt by Daesh, remember to hold your head high. You’re a Muslim, because that’s what you chose to be, whether you were born into it or you converted. You as an individual and we as an community can eventually heal from this time of disaster.

After all, an Islamic life is a life marked by struggle, both inner and outer. What matters is not how much struggle we have, but how we overcome it. So, stay strong friends. 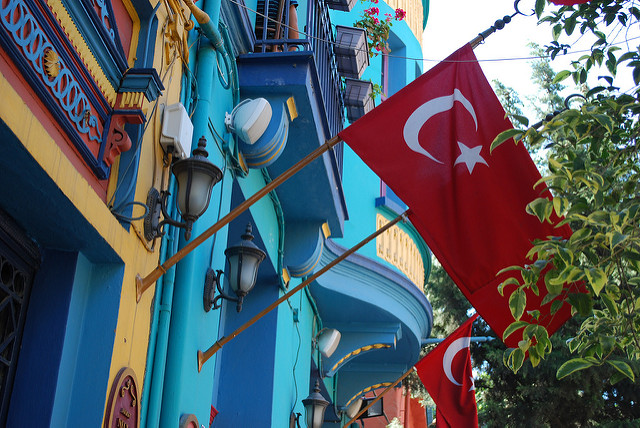