LOS ANGELES (Reuters) – Few first-time participants at the Electronic Entertainment Expo (E3) in Los Angeles this week would have realized that the $66 billion videogames industry is in steep decline.
Microsoft Corp, Sony Corp, Electronic Arts and other industry giants whipped up the crowd of gamers and developers at the event into a frenzy, with displays of high-powered new consoles and previews of popular genre games.

For an industry accustomed to dwindling revenue in recent years, the pervasive visual pyrotechnics offered something to look forward to after years of subsisting on franchise-oriented games such as â€œCall of Dutyâ€ and â€œHaloâ€ that run off aging technology.

This fall will usher in the Xbox One and Sony PlayStation 4, which apart from being more powerful than their predecessors, now support cloud-based game play and mobile integration.
It remains to be seen whether these will avoid the fate of Nintendo Co Ltdâ€™s Wii U, whose disappointing sales since its late 2012 launch have forced the Japanese company to sharply curtail revenue forecasts.

The Xbox One will sell for $499 and the PlayStation 4 for $399 – a hefty bit of change in an era when free-to-play Internet and smartphone games from â€œAngry Birdsâ€ to â€œClash of Clansâ€ are attracting budget-conscious gamers and millions in investment.

â€œThe graphics capabilities of console games are going through the roof, but mobile games are becoming more and more sophisticated too,â€ said Mike Cuff, vice president of content at Wikipad, which launched a portable gaming tablet at E3.

At this yearâ€™s E3, which will end late on Thursday, the debate raged around how Microsoft and Sony will treat used games, a segment that is growing quickly because the Facebook and iPhone generation seem to be moving away from the traditional practice of shelling out for newly released, highly marketed franchise titles.

â€œSony and Microsoft still have work to do in order to convince a broad consumer base that they need to spend $400 or $500 on new hardware, in addition to $60 for each new piece of software,â€ R.W. Baird analyst Colin Sebastian said.

â€œThere doesnâ€™t seem to be as clear a reason to upgrade compared to prior cycles, which introduced DVDs, 3D and HD to consumers.â€

According to industry tracker NPD, sales of videogame hardware and software have fallen every month, on a year-on-year basis, since January 2012.

Still, industry executives were encouraged by the enthusiastic response they received at E3.

â€œThereâ€™s been a lot of confusion about, â€˜Hey, with the rise of tablets and phone games does that have some impact on consoles?â€™ Not at all,â€ said Yusuf Mehdi, senior vice president of Microsoftâ€™s Interactive Entertainment Business. â€œAll thatâ€™s doing is bringing more people to the world of gaming.â€

The high level of excitement at the convention, driven by the faceoff between the Xbox One and PlayStation 4, was the noticeable difference from last year, said Keza MacDonald, editor at games news site IGN.com.

Developers fed off that excitement by showing off what they envisioned as franchises in the making.

EA unveiled â€œTitanfallâ€ with mech-style soldiers and robots, a project led by Vince Zampella, a co-creator of Activision Blizzardâ€™s â€œCall of Duty.â€ Ubisoft Entertainment SA announced â€œTom Clancyâ€™s: The Division,â€ a role-playing shooter revolving round a pandemic that breaks out in New York on Black Friday.

â€œThe good news is, we entered the show thinking, â€˜Why do we need consoles anymore?â€™ Weâ€™re leaving the show with, â€˜Which one would you like to buy?â€™â€ said Peter Moore, EAâ€™s COO. â€œThatâ€™s a win for the industry coming in here.â€

Still, questions remain over how long the good vibes will last or whether the crowd at E3 is representative of a much broader swathe of casual and mobile game players out there.

â€œIn the near term, we see pent-up demand among core gamers for new hardware and software, which should deliver a strong launch,â€ R.W. Bairdâ€™s Sebastian said.

â€œBeyond that, we still need more visibility that Sony and Microsoft can safely avoid a stall-out like what is currently plaguing the Wii U.â€ 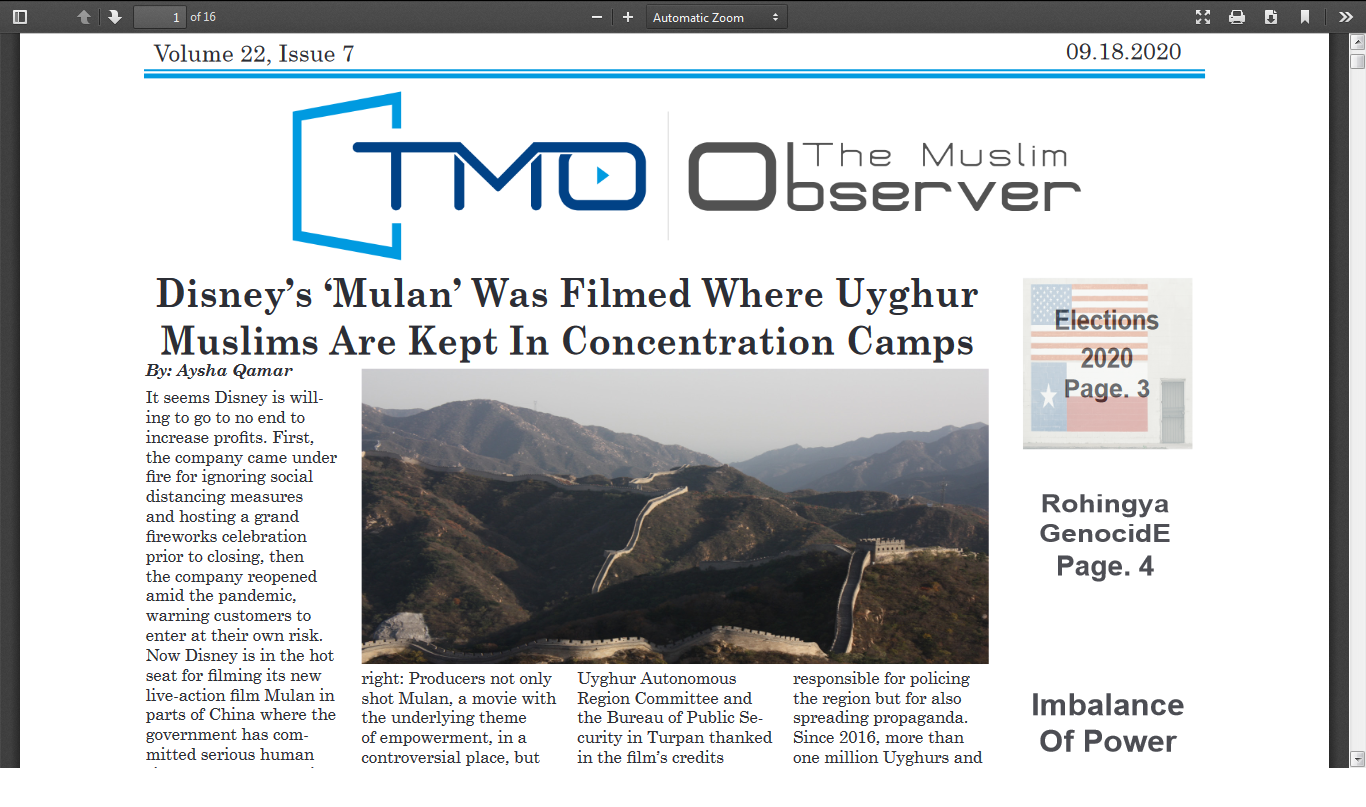 The Return to Patriarchy
By Elder George Self-propagation and preservation comprise the activity of the universe. The societal grouping that enables this activity consists…

© 2020 MuslimObserver.com, All Rights Reserved
Hathout Receives Award The Real Jihad That Calls Us
Scroll to top