Fund in memory of Muslim students established at UNC

CHAPEL HILL,NC–A scholarship fund in the memory of slain Muslim students has been established at the University of North Carolina’s dental school. The endowment of $60,000 has been set-up by the UNC-Chapel Hill and the Dental Foundation of North Carolina in the names of Dean Barakat and Yusor Abu-Salha.

The two were killed in their Chapel Hill apartment in February along with Abu-Salha’s sister, Razan, a student at N.C. State University. Barakat was a second-year dental student at UNC, where his wife Yusor Abu-Salha, was due to enroll this year.

The fund will be used for awards to UNC dental students or groups of students who embark on a local, national or international service project, according to a press release. Barakat and Abu-Salha had been involved in helping the homeless and serving in dental clinics to treat refugee children in the Middle East.

The Deah Barakat and Yusor Abu-Salha Memorial Award will be presented for the first time this fall. It was established in consultation with the Barakat and Abu-Salha families.

“Deah and Yusor led lives of great purpose, and this fund is a fitting tribute to their humanitarian devotions,” Chancellor Carol L. Folt said in a statement. “Through this award, the Carolina community is honoring their legacy of creating a more compassionate world through dentistry and delivering aid to those who are most vulnerable and in need.” 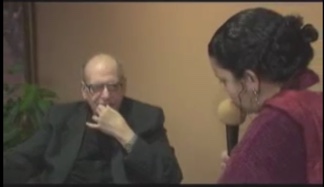 Dr. Fathi Osman and Social Justice: A Tour through the Decades

Misrepresentations of the Mid East and Afghanistan, II

© 2020 MuslimObserver.com, All Rights Reserved
Dr. Saida Rasul honored with Order of British Columbia Mosque might serve as a temporary shelter for the homeless
Scroll to top