As a Christian and particularly a Jesuit priest, I take stands and believe that while being open to dialogue and reason, one has to be unequivocal about what one stands for. So, I take a stand against politicians or political parties that are sectarian, corrupt, casteist and above all those who indulge in the criminalization of society.

I do not espouse any political party. All have their own drawbacks. A reality check would show that each one has failed the people of India in some way or another, especially the poor and the marginalized, either because of their particular ideology or because they have catered to a particular class or caste.

All this brings to mind the powerful words of Pope Francis in his Apostolic Exhortation, Evangelii Gaudium (The Joy of the Gospel) in which he condemns â€œthe economy of exclusion and inequalityâ€ and â€œa financial system which rules rather than servesâ€.

We have to accept that genuine fears and anxieties exist about Narrndra Modi, the pro-Hindu Bharatiya Janata Partyâ€™s (BJP) prime ministerial candidate and three-time chief minister of Gujarat becoming prime minister, after the general election due in May.

However let me clarify some matters about Modi and his rule in Gujarat.

Myth 1: Modi is a development man

This cannot be further from the truth. Gujarat has always been a developed state from the time it was carved out of Bombay state in 1960. Economic indicators clearly show that Gujarat under Modi has been â€˜worse offâ€™ than under previous governments (even the BJP one before him).

The fact is that foreign direct investment in Gujarat has taken a severe beating in the last few years and even local investment is far below what is being flaunted. Regarding social indicators, Gujarat fares poorly.

A UNICEF report published in 2013 says social development in the state has not kept pace with economic development; almost every second child in Gujarat under five years old is undernourished, while three quarters are anemic.

Myth 2: The Gujarat carnage is a thing of the past and Modi has been given a â€œclean chitâ€

Many believe the courts exonerated Modi of involvement in the Gujarat anti-Muslim riots in 2002. The hard facts are, however, very different. First of all, no court has given Modi a clean chit.
True, there is a Special Investigation Team (SIT) report that says there is not enough evidence against Modi.

But this has been challenged, with the petitioner Zakhia Jafri being given leave by Ahmadabad magistrates to question the merits of the SIT report in a higher court.

Raju Ramchandran, appointed by the Supreme Court as amicus curiae for many of the Gujarat riot cases, asserts that there is enough evidence to prosecute Modi on several counts with regard to the violence in 2002, in which more than 1,000 people died.

Modi has neither shown any remorse nor taken responsibility for the killing of innocent people under his watch. The least a chief minister could have been expected to do was to enforce law and order and protect the life and property of every citizen in his state. That he ignored this responsibility, there is no doubt among many. That he has denigrated minorities has been documented by the print and the electronic media.

Myth 3: Modi has â€œmade upâ€ with the minorities

There are some claiming to be representatives of minority Christian and Muslim communities who sing Modiâ€™s praises.

A careful analysis indicates these people have vested interests, especially in business, and are not really interested in their community or what is happening to minorities in the country.

In 2003 Modi introduced an anti-conversion law and established rules to govern the implementation of this law in 2008.

It is perhaps one of the most draconian laws in the history of democratic India. It forbids a citizen from converting to another faith unless she/he has permission from civil authorities.

Even now, police and intelligence officers constantly visit Christian institutions and Christians in general, making all kinds of inquiries and demanding to check baptism registers and other records.

Myth 4: Modi is not corrupt

In May 2012, anti-corruption campaigners Anna Hazare and Arvind Kejriwal visited Gujarat. They came away declaring it the most corrupt state in the country. Why they have not continued to highlight corruption in Gujarat is anyoneâ€™s guess.

Several years ago, the Tata Motor Company was allowed to establish a plant to build the â€œworldâ€™s cheapest carâ€ in Gujarat with surprising ease, flouting every rule in the book and even the stateâ€™s industrial policy.

It is alleged that the Adani Company controls the price of compressed natural gas, amassing huge profits. In addition, the role of the Ambanis in mega projects in Gujarat is being questioned. The way environmental laws are flouted and the terrible ecological degradation that is taking place all over the state, all point to the fact that corruption is alive and kicking in Gujarat.

Another indicator is the way land has been handed to big corporations, displacing thousands of small farmers across the state. There have been huge protest rallies, but they were not covered by a media, which by and large seems to have been muzzled in Gujarat.

These four myths provide an insight into the grim reality in Gujarat under the leadership of Modi. No one really knows if he will become prime minister. But India deserves better leaders. Indian politics revolves around regional parties. As of now, the BJP has practically no allies from several states. Most regional parties are obviously waiting to see which party will emerge as the single largest party in the 2014 elections.

Fr Cedric Prakash SJ is the director of PRASHANT, the Ahmedabad-based Jesuit Centre for Human Rights, Justice and Peace.

Michael Moore: How I Became Anti-War 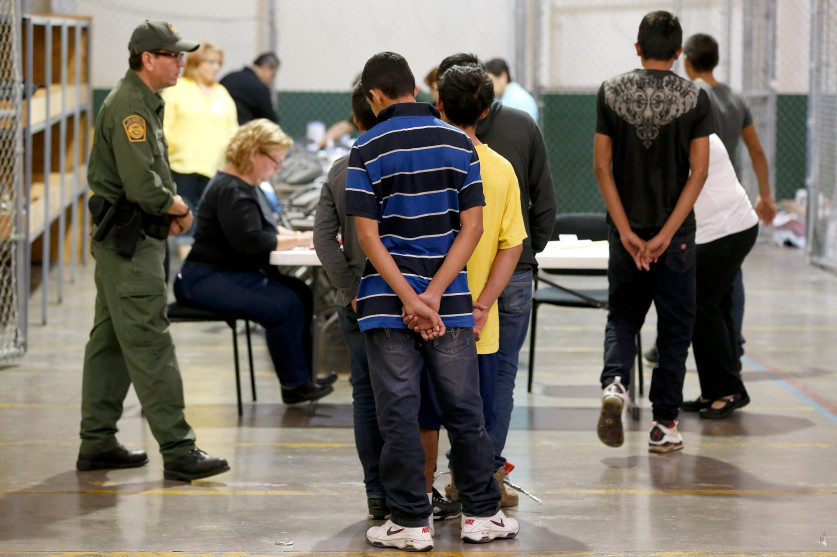 © 2020 MuslimObserver.com, All Rights Reserved
Muslim Legal Defense Fund of America (MLFA) The Truth About The Criminal Bloodbath in Iraq Can’t Be ‘Countered’...
Scroll to top