â€œIt is not righteousness that ye turn your faces towards East or West; but it is righteousness – to believe in ALLAH and the Last Day, and the Angels, and the Book, and the messengers; to spend of your substance, out of love for Him, for your kin, for orphans, for the needy, for the wayfarer, for those who ask, and for the ransom of slaves; to be steadfast in prayer, and give Zakat, to fulfill the contracts which ye have made; and to be firm and patient, in pain (or suffering) and adversity, and throughout all periods of panic.  Such are the people of truth, the God-fearing.

One of the beautiful things of this great religion of ours is the diversity of people, cultures and Madhhabs, or schools of thought, which make up the religion.  We learn so much by traveling through the earth, meeting people, studying their ways, and applying the good of what they have to enhance our own situation.  In fact, Almighty ALLAH, (swt) says in Qurâ€™an â€œHe has made us different so that we may know one anotherâ€ (so that we may grow).

I donâ€™t think there will come a time (at least not in our lifetime) when all the Muslims will think alike, act alike, or worship alike.  So ALLAH has said itâ€™s not important which way you turn your head.  It is not important how far you stick your finger out in jalsa (or whether you stick it out at all).  Focusing on such trivialities only cause feelings of animosity and seek to cause dis-unity rather than unity.
What ALLAH says He does like is for us to treat our fellow human being in a way that respects him or her and helps him or her to the best of our ability.

One of the things I am so elated about is I see more and more of the Muslims going out of their way to be courteous to one another.  I see more and more people trying to understand each other; I see more and more people trying to work with each other; even if they only come to the realization that they would rather not work together.  This is also positive because it keeps down confrontation.  A quote from Imam W.D. Mohammed puts it this way.  â€œThe whole world is changing.  None of us are staying the same.  Itâ€™s wonderful to see people changing now to accept each other, understand each other, get to know each other and try to do something together to make life better for all of us on this earth.  This is really a wonderful time weâ€™re living in!  A time that brings Jews, Christians, and Muslims together for a common cause in the spirit of fraternal or brotherly friendship.â€

In the above sura ALLAH tells us what is not righteousness and then He tells us what is righteousness.  He says to fulfill the contracts that you have made.  Donâ€™t get in the habit of being untruthful to each other.  There is nothing that can destroy a community quicker than lies – intentional untruths.

So letâ€™s not worry about turning our faces East or West.  Let us gain righteousness by believing in ALLAH and following His guidance to all mankind.

We invite the community to the Muslim Center on Sunday November 13, 2011 at 1:00 PM for an Interfaith Service.  Christians, Jews, and other faith traditions will join us and watch a re-enactment of the Hajj, done by our young people. 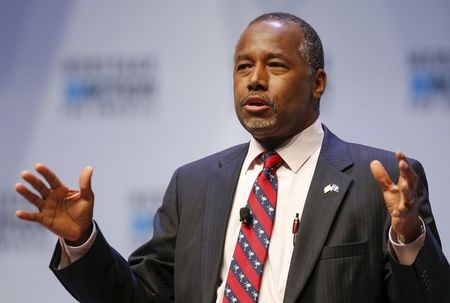 Eid Emerging as a national festival in the US
By Dr. Aslam Abdullah The 1440 AH Eid was no different than the Eid of 1430 or earlier years. Millions…

© 2020 MuslimObserver.com, All Rights Reserved
Manipulations in Masajid As I See it
Scroll to top