NEW DELHI/AHMEDABAD: Gujarat has hit headlines again for reasons that may hardly be viewed as anything pleasing for the state government as well as the party that forms it, the Bharatiya Janata Party (BJP). After tendering in his resignation from Gujarat government as home minister on July 24, Amit Shah surrendered the following day before the Central Bureau of Investigation (CBI) in Gandhinagar (Gujarat). Shah faces charges of being involved in murder, kidnapping, extortion and destruction of evidence in fake encounter killings of Sohrabuddin Sheikh and his wife Kausar Bi in 2005. The Gujarat police claimed in 2007 that Sohrabuddin, allegedly a terrorist, was planning to assassinate Gujarat Chief Minister Narendra Modi as a revenge for the 2002-Gujarat carnage which targeted the Muslims.

The Supreme Courtâ€™s intervention, however, led to admissions that senior police officers were directly involved in murders of Sohrabuddin and his wife. The Supreme Court asked CBI to take up the case. Shah faces charges of calling up the policemen responsible for killings of Sohrabuddin and Kausar Bi. Describing charges against him as â€œfabricated, politically motivated and framed on behest of the Congress government,â€ Shah said: â€œI have full faith in the judiciary and I am sure the allegations against me will be cleared by the courts.â€ Shah alleged that 40 AK-47 rifles, about a 100 grenades and $2,200 worth of ammunition were recovered from Sohrabuddinâ€™s house.

Shah was first summoned by CBI on July 22. As he failed to appear, CBI issued a second summon with July 23 as the deadline. Shahâ€™s anticipatory bail was rejected on July 23, making his arrest imminent. The CBI Judge AY Dave sent Shah to 14 days judicial custody on July 25.  Senior advocate Ram Jethmalani filed a bail plea for Shah in CBI special court on July 26. The court fixed Aug 2 for the bail pleaâ€™s hearing.

BJP leaders have echoed Shahâ€™s stand on charges against him being â€œfabricatedâ€ by the Congress. They have accused Congress-led United Progressive Alliance (UPA) government of â€œmisusingâ€ and â€œpressurizingâ€ CBI to arrest Shah.

Refuting BJPâ€™s charges, Prime Minister Manmohan Singh said: â€œIt is not true that the CBI is an agent of the Congress.â€ Speaking to media persons ahead of monsoon session of the Parliament, he said: â€œI refute this allegation that the CBI is Congress Bureau of Investigation. The center was not misusing the CBI in the former Gujarat Home Minister Amit Shahâ€™s case.â€ â€œThe opposition knows that the Sohrabuddin Sheikh case is a part of the Supreme Court directive. The matter is with the Supreme Court. The central government has no hand in it. The BJP is indulging in false propaganda,â€ he pointed out.

Unmoved by Prime Minister Singhâ€™s stand, BJP president Nitin Gadkari said: â€œThe Congress party is using CBI as a weapon against opposition leaders to blackmail them.â€ â€œThe CBI, which was entrusted by the honorable Supreme Court with the task of investigating the Sohrabuddin encounter, death of Sohrabuddin and killing of his wife Kausar Bi began to target the Gujarat government from the word go,â€ Gadkari said.

On their part, Congress leaders questioned BJPâ€™s charges. Congress spokesman Abhishek Singhvi asked: â€œDo you think the CBI is full of a bunch of fools, who will risk their entire career by making false allegations, non-existing allegations which are going to be examined by the Supreme Court?â€ Speaking to reporters, he said that BJP was trying to â€œfool the countryâ€ by saying that charges against Shah were â€œfabricated.â€ â€œCharge sheet is not made overnight. Charge sheet is a collection of evidence. Here, in over five-six months of investigation the CBI has got enough evidence against Shah. The law will take its own course. There have been attempts to delay that course and obstruct it,â€ he said.

Congress spokesman Shakeel Ahmed said that BJP was â€œnervousâ€ about developments which may take place after Shahâ€™s arrest. â€œShah was only a minister of state for home. The transfers of many senior police officers in the state were made by Narendra Modi. It is our understanding that these uncomfortable questions will be asked and Modi will have to answer them.â€ â€œThe BJP is nervous and afraid that the investigation may go beyond Amit Shah and, hence, are using pressure tactics to block further investigation into the case,â€ Ahmed said.

Congress leaders believe that Shah is being made a â€œscapegoat by BJP to save Modi.â€ BJP is of the opinion that there isnâ€™t substantial evidence against Shah. BJP spokesperson Ravi Shankar Prasad said: â€œThe entire case against Shah is based upon sweeping investigations by CBI without any legally sustainable evidence. This motivated investigation would boomerang on the Congress.â€

Meanwhile, CBI was granted permission by court to interrogate Shah in jail. The court asked CBI to provide Shah the charge sheet before beginning the interrogation. In the charge sheet, Shah has been named as a key accused together with (former) senior police officers D.G. Vanzara, Rajkumar Pandian, M.N. Dinesh and Abhay Chudasama. Shah, according to the charge sheet, had entrusted the task of killing Sohrabuddin to Vanzara, Pandian and Chudasama.

One of the accused, suspended police officer Narendra Amin was for long associated with Vanzara and his â€œencounter team.â€ He has moved application for turning â€œapproverâ€ in the case. He has also sought pardon and a transfer from Sabarmati Jail, where other co-accused have been housed. With his having turned an â€œapproverâ€ and having â€œexposedâ€ the involvement of other accused in the fake encounter, Amin feels that his life was threatened in Sabarmati Jail. 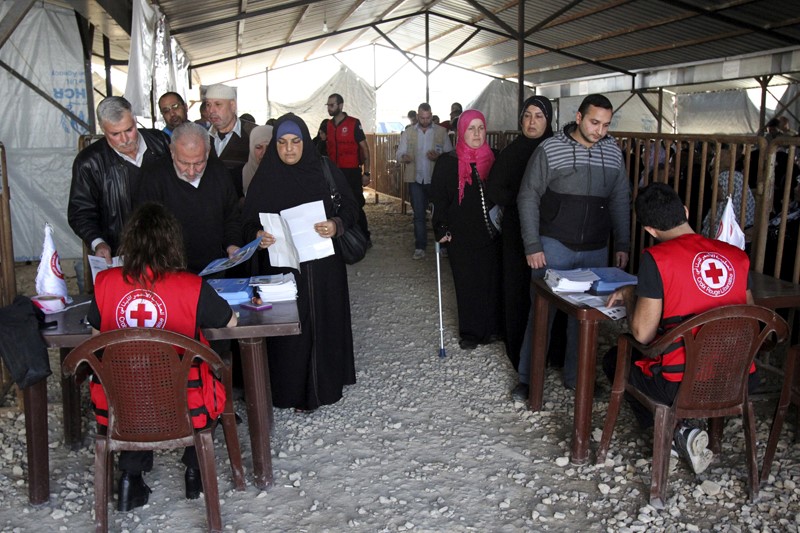 For Syrian refugees, faith groups want a US welcome mat

British Columbia Supreme Court Rules Against Polygamy
By Adil James, TMO In a 270 page decision that seems to provide a detailed look into polygamy from the…