By Sahar Aziz
The Conversation

During what was otherwise an ordinary diplomatic visit to the United Kingdom at the beginning of November, Egypt’s President Sisi signaled a significant shift in Egyptian domestic policy and regional politics.

While skeptics may dismiss this turnaround as a mere deflection from Sisi’s human rights violations against the Muslim Brotherhood and secular youth activists, a better explanation lies in the seismic political changes under way in the region.

With the rise of the Islamic State as the self-proclaimed defender of Sunni Muslims in a region under the hold of sectarian violence, the Gulf countries and their Western allies need a moderate Sunni counterweight.

The Muslim Brotherhood fits that bill.

Since the January 25 2011 Egyptian revolution-turned-uprisings, I have been researching political developments in Egypt and their impact on the democratization of the region. When Egypt’s democratically elected Mohammed Morsi was ousted from the presidency by the military on July 3 2013, it emboldened terrorist groups’ claims that violence was the only means for regime change. In turn, Sisi accused the Muslim Brotherhood of orchestrating violence committed by other groups. So what caused Sisi to signal a willingness to retreat from his campaign to crush the Muslim Brotherhood in Egypt?

Rattled by the rise of ISIS

The rise of the Islamic State (ISIS), with its medieval violence and expansionist agenda, has rattled Middle East regimes. Saudi Arabia, in particular, has grown wary of the group’s increasing credibility as the guardians of Sunni Muslims in a vicious sectarian conflict with Shi’ite Muslims.

As Saudi Arabia and Iran compete for regional hegemony, they are deploying Shi’ite and Sunni militias as proxies to fight in Syria, Iraq and Yemen. Lurking in the background is a broader strategy by the Gulf nations to shuffle regional power centers in the Middle East. Under this strategy, Saudi Arabia – not Egypt – has become the West’s most influential ally working to bring Syria and Iraq into their sphere of influence.

Meanwhile, Bashar Al Assad of Syria, a Shi’ite Alawi, has managed to stay in power after four years of a bloody civil war. In large part, his success is due to funding from Iran and recent Russian military support. The Syrian groups opposed to the Assad regime, most of whom are Sunnis, have received financial and military support from Gulf countries and the United States. The result is a fierce sectarian proxy war that has killed hundreds of thousands of Syrians and produced millions of refugees.

What started out as a populist revolution inspired by the Arab Spring, the Syrian civil war has now converged with the sectarian violence that has destablized Iraq since the American occupation in 2003.

After suffering decades of brutal oppression from Saddam Hussein’s Sunni-dominatedregime, Iraqi Shi’ites leveraged their majority status to take control of the country. In turn, Iraq has moved closer into Iran’s sphere of influence.

The result: a protracted sectarian regional conflict with Saudi Arabia funding the Sunni camp and Iran funding the Shi’ite camp.

While Iran and Saudi Arabia agree on little, they both view ISIS as a threat. Through barbaric violence, ISIS targets the Shi’ite as infidels. They attack the Sunnis who refuse to pledge allegiance to the group.

Unlike al-Qaeda’s insurgency strategy that attacked high-profile targets and then retreated into mountains and caves, ISIS is building its own state by occupying land. ISIS has taken over entire cities, subjecting residents to its warped interpretations of Islamic law.

Longer-term, ISIS has set its sights on the Gulf monarchies, which it sees as lackeys of Western nations. This has rattled Saudi Arabia, whose domestic legitimacy is vulnerable to growing discontent by its majority Sunni citizens and subordinated Shi’ite minority.

Saudi Arabia and its allies, therefore, need a Sunni counterweight to discredit ISIS’ claims that it is the defender of Sunni Muslims against the aggression of Shi’ites and oppression of Sunni dictators. This role has been hard to fill. The Free Syrian Army fighters are now fighting against each other. The Kurds’ primary goal is to be independent of the Arabs and Turks. The Iraqi Sunnis are fractured.

The Muslim Brotherhood was founded in Egypt and has its strongest base there. Any attempt to prop up the organization as an ideological counter to ISIS needs the support of the Egyptian group.

But any warming of relations with the Muslim Brotherhood is an option of last resort for both Saudi and Egypt.

After deposing Morsi in July 2013 with Saudi Arabia’s blessing, Sisi and the military held him at an undisclosed location for over three months as they violently quashed the Muslim Brotherhood.

But if the choice is between ISIS and the Muslim Brotherhood, the latter is far less threatening.

For these reasons, Sisi is likely to give in to pressure to stop his scorched earth strategy against the Muslim Brotherhood and normalize relations.

Sisi desperately needs Saudi aid to keep the Egyptian economy afloat, particularly after the alleged bombing of a Russian plane in Sharm Al Sheikh that decimated what little tourism Egypt had left after the 2011 uprisings.

Sisi also needs American and European military aid. That could have been stopped based on his regime’s poor human rights record, but continues in exchange for Egypt’s cooperation on US counterterrorism efforts in the Middle East.

If Sisi’s statements in the UK are indeed a signal of a change in the political winds, the question remains whether the Muslim Brotherhood will cooperate. With death sentences and criminalization as the alternative, this may be a deal they can’t refuse.

Editor’s note: Sahar Aziz is an Associate Professor of Law, Texas A&M University. Her views are her own. This article originally appeared in TheConversation.com and is reprinted here with permission. 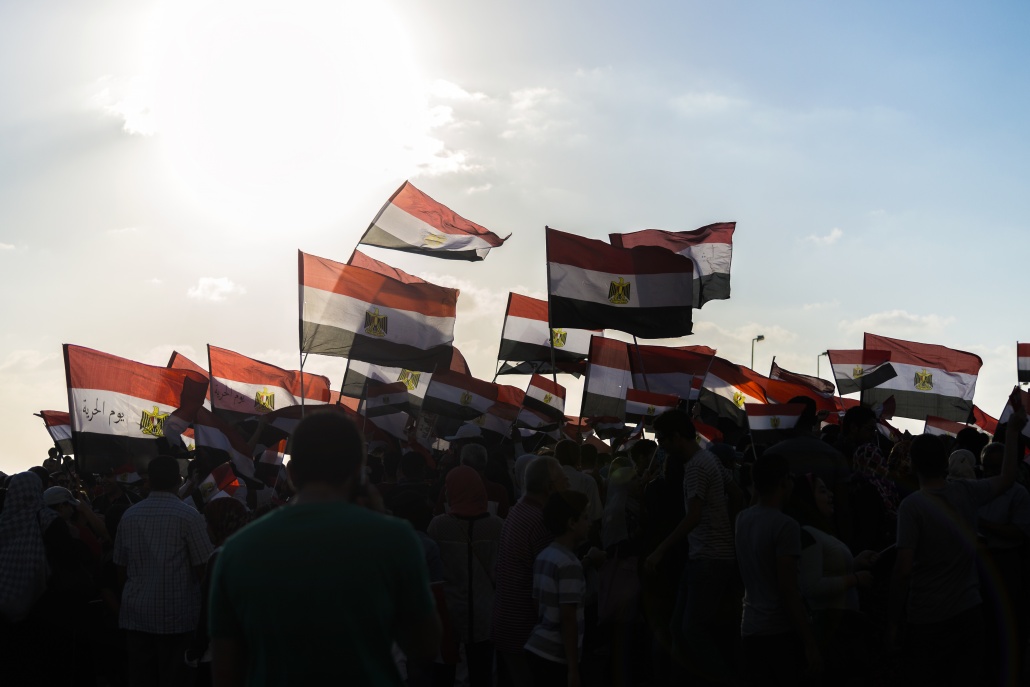 Movies!
People love their movies. The movie industry continues to rake in billions and billions of dollars each year despite economic…

© 2020 MuslimObserver.com, All Rights Reserved
The University of Missouri is Not Unique —On the National Racial Climate in...