As a higher educational professional with expertise in institutional diversity and inclusion, I think it is incumbent to say that the racial climate and overall political dynamics at the University of Missouri are not unique. As many of us have heard from news reports, there have been numerous incidences of racial hate and bias that have occurred on that campus. Sadly, such incidences, both reported and unreported, occur every day on campuses throughout the United States. When students raise concerns regarding such incidences, it is usually reflective of a broader experience of marginality they are encountering on campus beyond simply these particular incidences. They are usually voicing frustration with an overall racial climate that persists throughout their entire life on campus including in class, residence halls, dining halls, etc. These persistent experiences, often referred to as microaggressions, characterize marginalization within environments of systemic racism in institutions throughout our society (not just in higher education).

Many campuses, despite extensive rhetoric on the importance of diversity and inclusion, are unresponsive to frustration expressed by students. In fact, the disconnect between rhetoric about how much institutions value diversity from their actual experience on campus often exacerbates student frustrations. When students express frustrations, administrators often point to hate/bias protocols and support programs for students of color as well as other marginalized groups. As a result, it often perplexes leadership that such resources tend to not alleviate racial climate issues.

One source of the problem is that too many campuses, throughout their history, have only changed when forced to change through reactive policies that are not meant to fundamentally alter the pre-existing culture. Each college and university has its own history and culture with traditions that are valued by a number of its constituencies. It is often the attachment to these cultural norms and realities that is at the heart of the resistance to change. At predominantly and historically white institutions, that usually means that there are a lot of older white people (alums, emeritus faculty, donors, etc.) with money who want to maintain what they valued about their experience. Their past experiences are almost always associated less diverse campus in which marginalized groups were even less represented than they are today. When students of color and other marginalized groups raise their voice, they challenge the utopic image that many white alums and other constituencies have of their beloved institution. These competing interests dramatically impact the racial politics of institutions and is a huge source of resistance to change being demanded by students.

Beyond these historically-based overarching and broad-based challenges that characterize racial politics in higher education, the University of Missouri reflects trends that in most cases are making things worse.

Tim Wolfe, the recently resigned ex-president of the University of Missouri system, had no higher education background and all of his professional experience was from corporate America. This is a prime example of neoliberalism in higher education in which corporate and financial interests have taken over the agenda at the expense of Higher Education as a Public Good.

Another component of the financial interests and the racial politics of Higher Education is within the context of major College Athletics. We should all be 100% clear that the only reason that the resignations occurred (and very few of us are even talking about this) was because the Black football players at University of Missouri boycotted a game that would have cost the institution at least $1 million. Their act represents the leverage that few athletes realize they have despite their vulnerability as players without scholarships guaranteed for their entire degree. These athletes are typically intentionally disconnected from broader campus life by head coaches (who are often the highest-paid employees in the institution), which is what makes this instance rare. What is not rare is the large amount of Black players on teams with overwhelmingly white spectators in the stadiums and arenas. In addition, these players function like unpaid employees and professional athletes, making millions in revenue for the institutions while barely able to fully function as a student on campus because of the time commitment demanded in athletics.

Meanwhile, within this context of ongoing exploitation of Black bodies on these campuses, these same institutions maintain their rhetoric about diversity and inclusion in superficial ways attempting to do as little as possible without truly having to change. In doing so, there are a number of practices that many institutions undertake in order to appear committed to change when actually seeking to maintain the status quo. Here is a small list of those practices (keep an eye out for these on your campuses):

Touting the visits of high-profile speakers to give a major public lectures for Martin Luther King Day or Black History Month on subjects like Race, Racism, Diversity, Inclusion, Social Justice, “Civility”, and/or Global Leadership, etc. Institutions often pay exorbitant speaker’s fees rather than using those same resources towards meaningful processes of institutional change. Do not be distracted by the allure of thinking something is happening just because Cornell West came to speak on your campus for an evening. The talk will happen, everyone will feel good about what was said, and nothing meaningful on campus will change because it has no effect on policies.

Proclaiming that their Multicultural Office/Center is a demonstration of commitment. However, they are usually marginalized politically within the institution. Meanwhile, many institutions are cutting resources to Ethnic Studies.

Recruitment efforts for underrepresented groups without serious discussion of racial climate or academic and co-curricular retention.

Empty promises with regards to increased resources and commitments in response to student protest in hopes of waiting until organized students graduate so that they don’t actually have to deliver on those commitments.

Touting the increase of full-pay International Students as an example of a “diversifying globalized campus” while doing little on inequity, racism and domestic diversity issues.

Hiring People of Color with PhD’s for Executive Diversity positions like Chief Diversity Officer but with no expertise in Diversity roles in order to look like they’re doing something without empowering them to changing any serious policies or practice.

Although some of these examples (like scholarships and support resources) are not inherently bad things, it’s important that they are not the only thing the institution is doing. If they are not part of a comprehensive strategy within a broader institutional strategic planning process, it’s essentially all a show to make it look like they’re committed.

Institutions that show commitment tend to make more proactive efforts without any protests. They develop clear, accountable and measurable goals on Diversity as part of their overall Strategic Planning process (just like institutions do with everything else they make real commitments to). They recognize Diversity and Inclusion as an institution-wide strategy that involves capacity-building, recruitment, retention and accountability for students, staff and faculty. There are institutions who are making such commitments, but unfortunately they are not the norm.

It is my hope that institutions will take heed from the lessons of University of Missouri. Administrations throughout this country at this very moment are thinking about how they can avoid being similarly embarrassed. The reality is that the process is not sexy and takes a long time. It’s hard work that requires a community-wide commitment. Hopefully, institutions begin to make more proactive efforts in light of these recent examples of what can occur when you are only reactive. One thing is for sure, students around the country have seen what happened at University of Missouri and if they’re frustrated with the racial climate, it is likely that more protests will be coming soon. 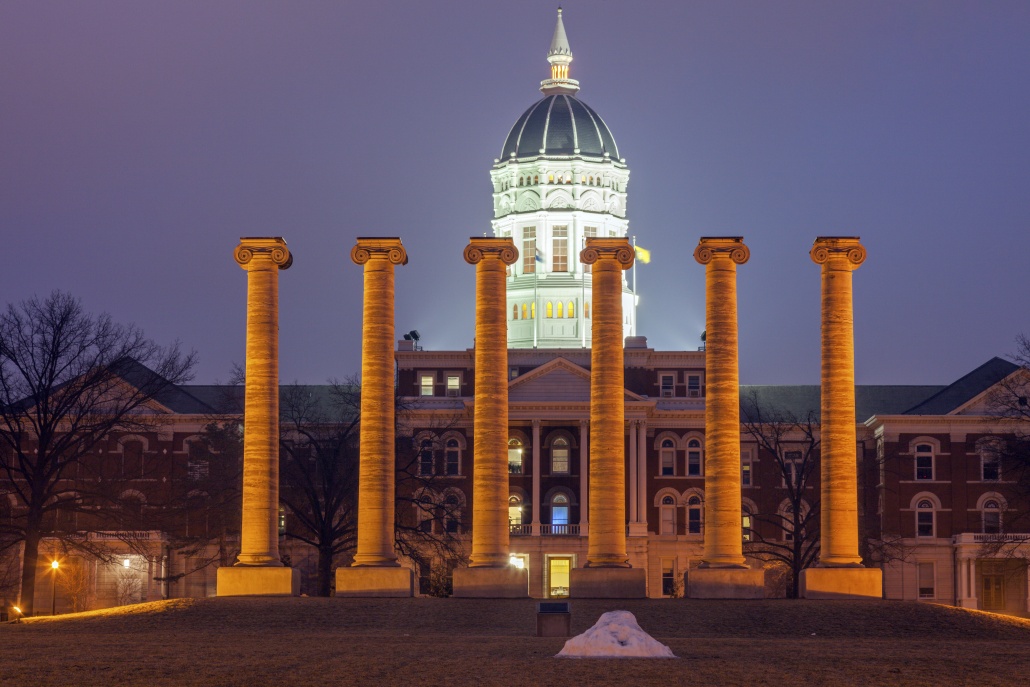 Radiation
Radiation: spontaneous emission of radiation, either directly from unstable atomic nuclei or as a consequence of a nuclear reaction. A…

© 2020 MuslimObserver.com, All Rights Reserved
Why Paris?