Did you know that George Washington used to grow marijuana on the White House lawn? Americaâ€™s first president often spoke fondly of â€œfemale plants,â€ pointing obviously to marijuanaâ€™s medicinal uses. Benjamin Franklin, who avoided alcohol, was an ardent marijuana smoker. Did you know that up until World War II, American farmers could pay their taxes with hemp? Hemp, the mother of marijuana, is a native plant of every continent, and has been used during all periods of history to create rope, paper, cloth, oil, fuel, fiber, and medicine. Avicenna, the medieval Arab author of medicinal textbooks recommended marijuana, the hemp flower, for stomach ailments and many other health problems.

American, European, Asian and Arab-Islamic civilizations combined efforts during the 19th century to upgrade the standard of using drugs. The American Indians introduced the idea of smoking tobacco in a pipe to the world. Until then, Muslims had been using medicinal plants including hashish and opium by cooking them in food. The Arabs were so inspired by the New World to invent the water pipe. Using American tobacco, the Orient supplied the herbs, and a new world culture, a new economy began.

What does Islam say about drugs? According to hadith, if a person is ill, there is no sin on him whether he takes medicine to feel better, or if he chooses not to do so. During the 4th Caliphate, Muslims were introduced to drugs in the far regions of the expanding Islamic empire. But because of the deep fear of the sin of misinterpreting or over-interpreting scripture, there was no punishment for any medicinal plant other than fermented alcoholic beverages. Muslim governments never even destroyed vineyards. Even while wine is haram, grapes are not haram. Plants are protected by God.

Obviously, we have to give the Muslims credit for this. The use of the syrup from the poppy flower could kill a personâ€™s pain making an amputation without huge physical trauma possible. Smoking marijuana could give a person dying from cancer the strength to write a book about his life. There is nothing more precious in this world than the ability to physically kill pain or nausea. God gave these things to us. Sometimes we can copy these medicinal effects in pill form. But the fact is, human beings want and require medicine. God gave us plants to reduce suffering. It is a crime against God to make a plant illegal. These plants save lives. These plants save the quality of peopleâ€™s lives as well.

During World War II, the US used hemp fuel for their airplanes and tanks. Henry Ford actually created a car that was made entirely of cellulite from the hemp plant as well as ran on hemp fuel. It is an amazing idea, that American farmers could actually attain financial security growing the fuel that runs our cars! However, after the oil companies won the war, plant-based fuel became obsolete. The reason was because of Lobbyists.

Around the world today, you will still find many countries such as Canada, Indonesia and Malaysia growing hemp for industrial purposes such as oil or textiles. And it is an unspoken fact that marijuana is the top cash crop in the United States, year after year. People might pay up to $90 for 1/8 of an ounce of these flower buds. That is way more than any farmer could ever hope to get from parsley or chives.

When the Roman Emperor offered Maria and her sister to the Prophet Mohammed (s) as gifts, also included in the gift was some medicine. The hadith does not say what kind of medicine but it was probably opium or hashish given the time period. The Prophet Mohammed (s) returned the drugs and kept the girls. He freed from slavery and married Maria the Copt, who became his youngest wife, and he married her sister to one of his companions. This is the only hadith translated into English that specifically mentions drugs. In this hadith, the Prophet (s) said, â€œMy Sunna is the best medicine.â€
In a true Islamic society based on historical norms, drugs would not be illegal. They would be used for positive purposes. We would not distinguish between herbal vs. chemical versions of a medicine. People should be allowed to have access to whatever drugs make them feel better. This is a human right. Modern laws making all drugs illegal are neither halal nor beneficial to society. God gave us so many plants to help alleviate our suffering. It would be a rejection of His Mercy not to fully explore the medicinal properties of all the plants we have on earth.

Satan and Other Adversities 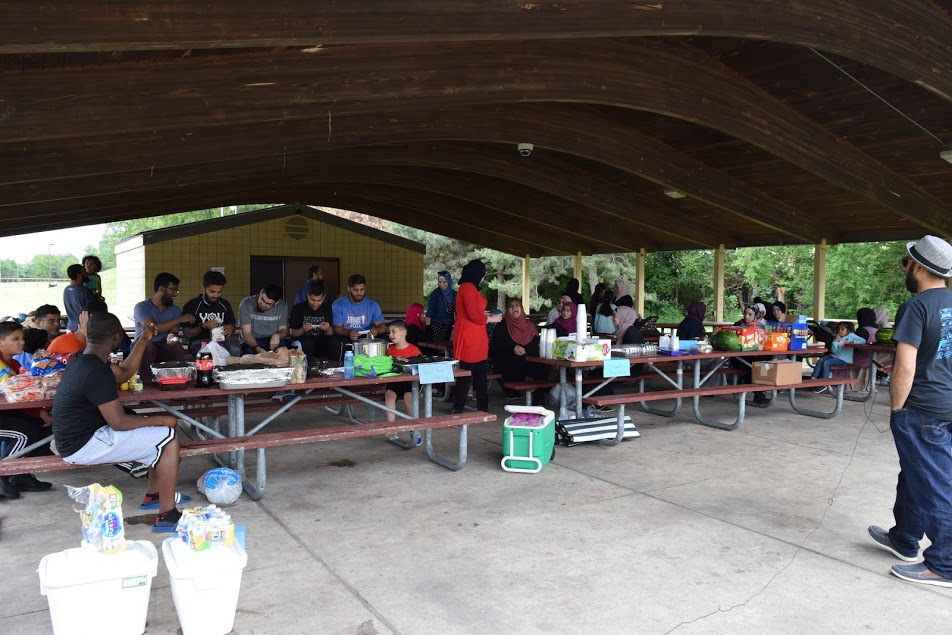 Measles Outbreak Rises to 626 Reported Cases in the US
by Rohan Shah An outbreak of a preventable disease has caught headlines, with over 626 reported cases of measles in…

© 2020 MuslimObserver.com, All Rights Reserved
Taking the Wheel The Most Dangerous Cities In America
Scroll to top