Persecution and lynching the people of other faith is an old age phenomenon. European history is socked in the blood of co-religion people killed on behest of this church or that. You turn to the past of Germany, France, Russia or any other region, you will smell the stink of the dead. In India, a Brahmin chieftain of a Buddhist King Brihadratha, named, Pushyamitra Sheng is mentioned as “killer of thousands of head shaven Buddhist monks.” It is also reported that Brahmins led aggressive anti-Buddhist and anti-Jainism movements. In recent years, most horrible killings occurred at the time of partition. After those people were lynched in a series of hundreds anti-minority violence, allegedly engineered by pseudo-nationalist and hard-Hindutva forces. Secular governments are also guilty of dereliction of duty. They shamelessly protected the killers. 1984 anti-Sikh pogrom is a burning illustration. Last huge incidence, that tarnished the image of the country was 2002 Gujarat pogrom, a dreaded example of disregarding constitutional duty and blatant violation of human rights.

A new pattern emerged after 2014-Change of the Government. Individual crimes of killing replaced the practice of igniting mass violence to achieve political mileage. Pseudo-Nationalism and cow protection became patent pretexts of looting, thrashing, and lynching by mob. Behind all such crimes, philosophy of the organization that was cold to National Independence movement and brotherhood can be seen acting. And the effect is so strong that “religion and appearance” of a victim, killed in Puna, became a valid reason to grant bail to accused belonging to the aggressive right-wing outfit. The virus is so strong that, “Instead of taking prompt legal action against the self-proclaimed vigilantes, many linked to extremist Hindu groups affiliated with the ruling BJP, the police, too often, have filed complaints against the assault victims, their relatives, and associates under laws banning cow slaughter” as observed by ‘Human Rights Watch’ in April last.

Alimuddin Ansari alias Asghar Ali’s lynching is also a case of the same pattern, visible since 2014. HT reported in June 2017, that 28 people were killed in 63 incidents of bovine-related violence between 2010 and 2017 (up to 25 June). The data collected by IndiaSpend shows, “As many of 97% of these attacks were reported after Prime Minister Narendra Modi’s government came to power in May 2014, and about half the cow-related violence – 32 of 63 cases – were from states governed by the BJP when the attacks were reported.”

The IndiaSpend analysis found, “Of the 28 Indians who died over the seven-year period, 24 were Muslim or 86%. As many as 124 people were also injured in these attacks. More than half (52%) of these attacks were based on rumors.”

The report, compiled by Delna Abraham and Ojaswi Rao called these incidences as, “Gau Atankwad,” i.e. cow related terrorism. ‘Observer Research Analysis’ on mob violence (January 2011 to June 2017) showed that cow-related violence spiked up dramatically from five percent of the total incidents (of Lynching or public disorder) to over 20 percent by the end of June 2017.”

Certainly, it is the worrisome state, which drowned the prospects of investments in India and failed ‘Make India’ vision of our P.M. This “gau atankwad” is politically motivated with RSS’s blessings and patronized by BJP leaders overtly or covertly. The court verdict, of sentencing 11 right-wing hot heads to life imprison in Ansari’s case, is the first of its kind. On March 21, Wednesday, a fast track court sentenced the guilty to life imprisonment with a fine of Rs. 2000/ on each. They were held guilty of a planned lynching of Mr. Ansari, a meat trader from neighboring Bihar. On June 29, 2017, they trapped Ansari at Ramgarh’s Bazartand, about 45km from capital city Ranchi. Pulled him out of his Maruti van and attacked him with sticks till he died on the spot. His Van was set on fire. He was on his way back to home after purchasing some meat from the local market. Notably, PM Narendra Modi had slammed vigilante violence merely a few hours before, when some 100 people led by local BJP leader dared to act against his word. Certainly, it was odd and disturbing for a leader like Mr. Modi.

BJP led Jharkhand Government took a leaf from his mood and smartly acted to assuage the hurt ego and punish the violators. On State Government request the state high court constituted a fast-track court for the case. Police completed investigation quickly and collected pieces of evidence honestly. A strong charge sheet was filed within three months in September. The trial got completed in less than six months. Among the 11 convicted by Hon. Justice Om Prakash, ADJ, included a district media cell in-charge of BJP, Nitayanand Mahto and at least three members of the local ‘Gau Raksha Samiti’ – Santosh Singh, Deepak Mishra and Chhotu Verma. The others are Sikander Ram, Vicky Saw, Raju Kumar, Vikram Prasad, Kapil Thakur and Uttam Kumar. According to State prosecutor, the court is yet to decide on the defence counsel’s contention that the 12th convict is a juvenile. He has opposed it on the grounds that he is over 16 years of age.

The Police investigation found that lynching was not a spur-of-the-moment assault but a well-planned move. The attackers followed the victim for over two hours before they get to hold on Ansari. A Bajrang Dal man, Raj Kumar, noticed Ansari purchasing meat at about 7.30 am in Chitarpur village market of Ramgarh district. He suspected the meat bought was beef and quickly alerted four-to-five members of Dal.

Ramgarh DySP Virendra Choudhary had told the reporters that Kumar followed Ansari’s Maruti Van for around 15 kilometers and gave constant location updates to 10-12 other members of Dal, who took the position with others at one spot, to intercept Ansari. Police gathered the information from mobile phones call records of the accused persons. Prosecution succeeded to establish in the court that “It was a well-planned attack, intended to kill.”

News portal 2CN reported, “there are three crucial factors which ensured conviction: the fact that the trial was conducted in a fast-track court, the fact that three lawyers – Shadab Ansari and Raju Hembrom from Ranchi, and Mumtaz Ansari from Dhanbad, related to ‘Human Rights Law Network’ – stood up against the right-wing forces (to assist the prosecutor) and the most important fact: a police force that actually followed the law book and stayed true to the case.”

And that, “Three police officers who were also eyewitnesses to the case gave honest and exhaustive statements to both the IO and while testifying in the court, making the case against the accused extremely strong. Apart from that, the charge-sheets prepared by the Police were strong and the SP, Ramgarh, Kishore Kaushal (transferred in Feb 2018) was personally overseeing the case proceedings.”

Why it could happen?

As advocate Shadab said that in cases like this when the accused are known to have the support of politicians, he was impressed with the role played by the police. Remember, there was video evidence in the case of Pehlu Khan, killed in Alwar, also, but Rajasthan Police’s role was rightly questioned after it exonerated all the accused.” He said “As a lawyer, it is not uncommon to see how the police try to hijack a case or make it weak due to political pressure… but in this case, the police followed the law book right from the beginning and remained resolutely unbiased.”

Why police remained immune to gangs of right-wing? Why did politicians fail to pressurize the system? The clue is not difficult to find. Ansari’s lynching made headlines because it closely followed PM Modi’s warning to cow vigilantes not to take the law in their own hands, underlining the aura of impunity many of these right-wing Hindu groups function in. Ansari’s lynching was preceded by a string of similar attacks in Jharkhand by cow vigilantes. In January 2016, a cattle trader Majloom and a 12-year-old boy Inayatullah were found hanged with a tree in the same state, while both were on their way with animals to nearby animal market. The attack on Ansari rocked Parliament with opposition questioning the administration’s resolve to tame cow vigilantes. This was followed by the rightful action of State Government. Police officers were warned that they would be held responsible for any such incident in their jurisdiction. Conviction of 11 men related to RSS affiliates in killing a Muslim is unparalleled in Indian history.

There have been several lynching instances in the name of beef, across India in Modi regime. The most infamous among the cases are killing of Akhlaq in UP’s Dadri, in 2015, and Pehlu Khan in Rajasthan’s Alwar in 2017. Both the cases are limping. In Akhlaq’s case, the 18 men who stand accused of killing him have been released on bail. One accused that died in judicial custody was accorded state funeral. His dead body was covered with a national flag. In Pehlu Khan Case, the police have withdrawn the case against the right-wing activists named by Khan in his dying declaration and failed to apprehend his killers inspite of video clips showing them. The state Home Minister Gulab Chand Kataria defended the cow vigilantes, describing their deed as “alright” and blaming the victims for illegally transporting animals though the victims had documents from Jaipur Municipal Corporation for the purchase of cows. Subsequently, police had registered the at of Rashtriya Mahila Gau Rakshak Dal, praised the vigilantes accused of carrying out the lynching. She equated the accused to figures like Bhagat Singh and Chandra Shekhar Azad, saying the vigilantes of today will “be known as heroes in the future”. Same is the case of Junaid Khan. Supreme Court is engaged in a plea filed by his father for CBI investigation. We hope just outcome.

Nobody can deny that vigilantism and mob lynching have no place in a constitutional democracy. Its presence shows an inept law and order situation and prevents society from facing and handling other serious issues of development. As economist Jean Dreze said, “Every act of communal violence is an attack not only on a particular community but also on equality, rationality, and democracy. When the state itself contributes to such climate, it is important for people to educate, agitate and organize on this issue.”

(Contributor is Civil Rights activist and a senior Urdu Journalist) 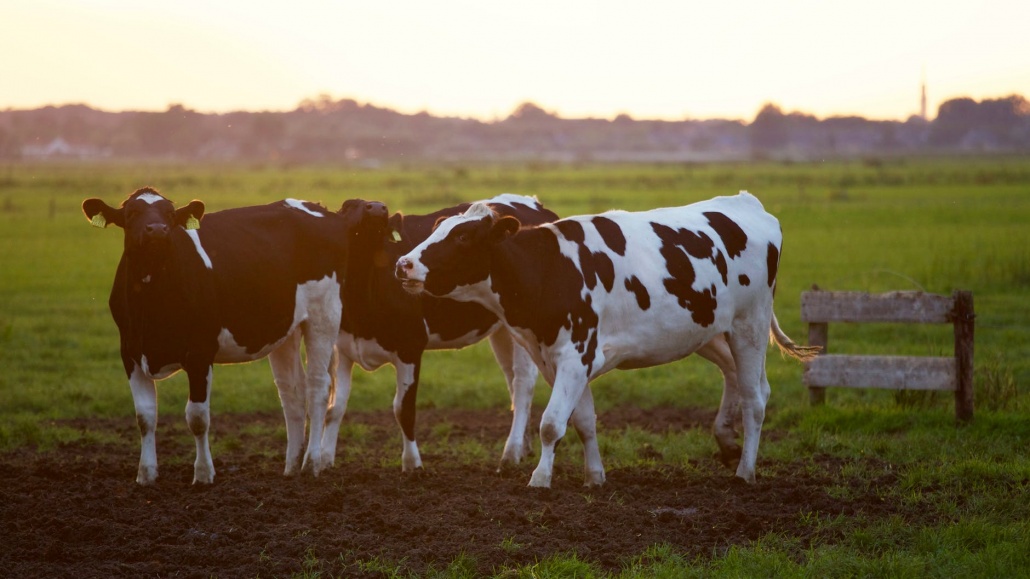 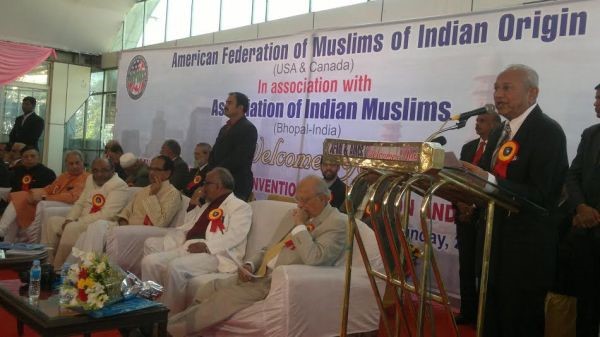 Muslim Personal Law Board not Against Women Praying in Mosques

© 2020 MuslimObserver.com, All Rights Reserved
‘Punish a Muslim Day’: Standing Together in the Face of Islamophobia

A Tribute to Uncle Dr. Irfan Ahmed Khan: A legendary scholar of the Quran
Scroll to top