China’s one-child per family policy of the past thirty years permitted selective abortions, which resulted in the birth of a preponderance of male children. After almost 30 years of the policy, China now has the largest gender imbalance in the world, with 37 million more men than women and almost 20 percent more newborn boys than girls nationwide.

One could say lucky for the women who now have a greater pick of men, and too bad for the men. One could also say too bad for society as well, for China has learned that single men have a propensity for violence and crime. Testosterone levels in men decrease when they get married and increase when they get divorced. This increased level of testosterone among China’s single men has manifested itself in an increased display of aggressive behavior. During the past decade illicit weapons shops with names like Army Goods Store and Guncool have proliferated. They carry assault rifles, bulletproof vests, helmets, and a variety of combat gear. Those who frequent these stores form clubs, which promote aggressive behavior. All this transpires in a land where civilian use of firearms is illegal.

In another ten years, when the children experiencing the major gender imbalance reach young adulthood, the likelihood of a violent generation of people in China will increase.

Conditions for increased violence in another decade have developed in the United States as well. It has also conducted social engineering by destroying the family, which deprives children of a source of positive values and the environment in which to practice these values. Marriage rates have decreased, divorce rates have increased, and society now has an increased proportion of single men. America already has the most violent boys in the world; within another 10 years they will most likely become the most violent men in the world. The increased numbers of single males among the Chinese and American populations does not bode well for peaceful relations between the two nations within the next generation. It does not bode well for societal stability within these nations either.

Patriarchy—the natural societal structure—focuses on the family and has endured since  the beginning of time. Married men concern themselves with the well-being of their wives and children while basking in the aura of a loving environment. Single men live in a less loving and more detached environment, and their thoughts turn to aggression. Family benefits all of its members, and the lack of family adversely affects all of society.

Western thought has never been in tune with nature, but has always sought to control or modify it. It has no understanding of the spiritual purpose of human existence and the unseen forces at work. It conducts genetic engineering on plants and social engineering on people. Western thought believes it can create a better apple than God did, or a better society than God ordained. It does not understand where everything came from or why. Its ignorance leads the way to the end of times. 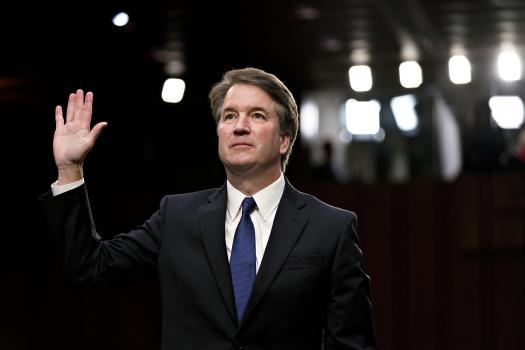 © 2020 MuslimObserver.com, All Rights Reserved
A Phony Crisis — and a Real One The Ice Cream Man
Scroll to top