Zarqa Nawaz to speak in St.Louis

ST. LOUIS, MO–Canadian film maker Zarqa Nawaz will give the annual Olin Fellows lecture at 11 a.m. Wednesday, Oct. 3 in Graham Chapel at Washington University in St.Louis. The talk, â€œCrossing Culturesâ€ is free and open to the public. A panel discussion featuring Nawaz as well as other panelists will continue the discussion from 2 – 4 p.m. in the Womenâ€™s Building Lounge.

Through her films, screenplays, documentaries, and the current Canadian hit television show â€œLittle Mosque on the Prairie,â€ Nawaz uses wit to counteract negative stereotypes about Muslims. â€œLittle Mosqueâ€ is a comedy that follows the lives of Muslims in rural Canada and is designed, according to Nawaz, to present ordinary Muslims in a new light and to give her children a show depicting people who resemble them. The series debut in January 2007 drew the highest number of Canadian viewers for any CBC show.

Through her production company, Fundamentalist Films, Nawaz has created a trilogy of films with a deep satiric bent and a strong message. In â€œBBQ Muslims,â€ â€œDeath Threatâ€ and her first feature, â€œReal Terrorists Donâ€™t Belly Dance,â€ she puts her naÃ¯ve protagonists into situations that get them into trouble because of societal stereotypes that view all Muslims as terrorists.

Nawaz received a bachelorâ€™s degree in journalism from Ryerson University in 1992. Before becoming a filmmaker, she worked at CBC Radio, CBC Television, and CTV. Her radio documentary, â€œThe Changing Rituals of Deathâ€ won several Ontario Telefest awards. She is currently developing a new drama series for CBC called â€œPray for Me.â€

For more information on this and other Assembly Series programs, visit the Web site at http://assemblyseries.wustl.edu or call 314-935-4620.

â€œAs an agency promoting womenâ€™s health like no other, Echo will benefit mothers and daughters all across Ontario,â€ Smitherman said.

Aisha Chaudry is a counsel with Kutty, Syed and Mohammed Barristers and Solicitors. She obtained her LL.B. Honours from Staffordshire University and went on to complete her LL.M. in Commercial Law.

At London Guildhall University, Aisha completed a Postgraduate Diploma in Legal Practice. She was called to the Law Society of Upper Canada in 2005.

Dr. Shaheen A. Darani is Staff Psychiatrist at the Centre for Addiction and Mental Health.

Auburn students fast for a cause

Many Auburn University students will be going to bed hungry this Wednesday for a good cause.

They are participating in the annual Fast-A-Thon to raise money for the East Alabama Food Bank.

The fast is sponsored by the Auburn Muslim Student Association which is currently fasting for the holy month of Ramadan.

For each Non-Muslim student who pledges to fast, local businesses will donate $5 to the East Alabama Food Bank.

ANTIOCH, CA — Police in Antioch say they are focusing on some â€œpersons of interestâ€ to solve last monthâ€™s arson at a local mosque, which is being investigated as a hate crime.

While local Muslims are using a temporary mosque to pray, investigators told reporters that they are zoning in on who they believe started the fire at the Islamic Center of the East Bay.

â€œA reasonable person would assume itâ€™s related to their religion and world politics going on,â€ said Antioch Police Chief Jim Hyde. â€œThe important thing is all the law enforcement partners have dealt with this as though itâ€™s a hate crime from the beginning, which allows us to focus on other areas of investigation. Instead of being a one-dimensional investigation itâ€™s multi-dimensional. I think thatâ€™s really important from the standpoint of the victims and also for our community.â€

Hyde has experience with hate crimes. He was working in Sacramento when white supremacists burned down synagogues there.

Islam and Politics symposium at Middlebury

The 2007 Nicholas R. Clifford Symposium, titled â€œIslam and Politics in a Globalizing World,â€ will take place at Middlebury College on Thursday through Saturday, Oct. 4-6. The symposium will feature prominent scholars of Islam and politics and events include a lecture, panel discussions, a dance performance and a film. Speakers will address several key issues and discuss the implications for the future of political Islam in an increasingly interconnected world. All events are free and open to the public.

Oxford University Professor and Islamic studies scholar James Piscatori will deliver the symposiumâ€™s keynote lecture titled â€œIraq and the Future of Political Islamâ€ on Thursday, Oct. 4, at 8 p.m. Piscatori, a senior scholar at the Oxford Centre for Islamic Studies and a professor at Oxfordâ€™s Wadham College, will discuss the role of Islam in the current Iraqi conflict and throughout the Islamic world. Piscatori is a leading scholar in the debate on Islam and Islamic politics and has edited and authored numerous books and journals that have helped shape the emerging discourse on contemporary Islamic politics and the relationship between Muslim communities and the West.

The Middlebury College Islamic Society members will initiate the panel discussions on Thursday, Oct. 4, at 4:30 p.m., with a roundtable on the religious experience of Muslims, titled â€œWhat it Means to be a Muslim.â€ They will be joined by Mahmoud Hayat, former president of the Islamic Society of Vermont.

March is a scholar of Islamic ethics and his dissertation, â€œIslamic Doctrines of Citizenship in Liberal Democracies,â€ won the 2006 Aaron Wildavsky Award for Best Dissertation in Religion and Politics from the American Political Science Association. His dissertation will be published in book form by Oxford University Press in 2008.

Patelâ€™s research combines game theory and ethnography to examine the tendency of Islamic institutions and symbols to motivate political coordination and enhance social solidarity. In 2003, he conducted field studies in Iraq to better understand how mosques and clerical organizations affect the supply of local provisions and the coordination of national politics.

The final panel on Saturday, Oct. 6, at 10:30 a.m. will discuss â€œIslam, Human Rights and Democracy.â€ Participants include Amr Hamzawy, senior associate of the Democracy and Rule of Law Project at the Carnegie Endowment for International Peace; Princeton University Instructor in Near Eastern Studies Mirjam KÃ¼nkler; and Naz Modirzadeh, a senior associate at the Program on Humanitarian Policy and Conflict Research at the Harvard School of Public Health.

KÃ¼nkler is an expert on Islamic politics in Indonesia and Iran. She is a former deputy director of the Center for the Study of Democracy, Toleration and Religion at Columbia University.

Modirzadeh previously worked for Human Rights Watch and served as director of the International Human Rights Law Program at the American University in Cairo. She focuses primarily on the intersections between Islamic law and human rights.

For more information, contact Assistant Director of the Rohatyn Center for International Affairs Charlotte Tate at tate@middlebury.edu or (802) 443-5975. 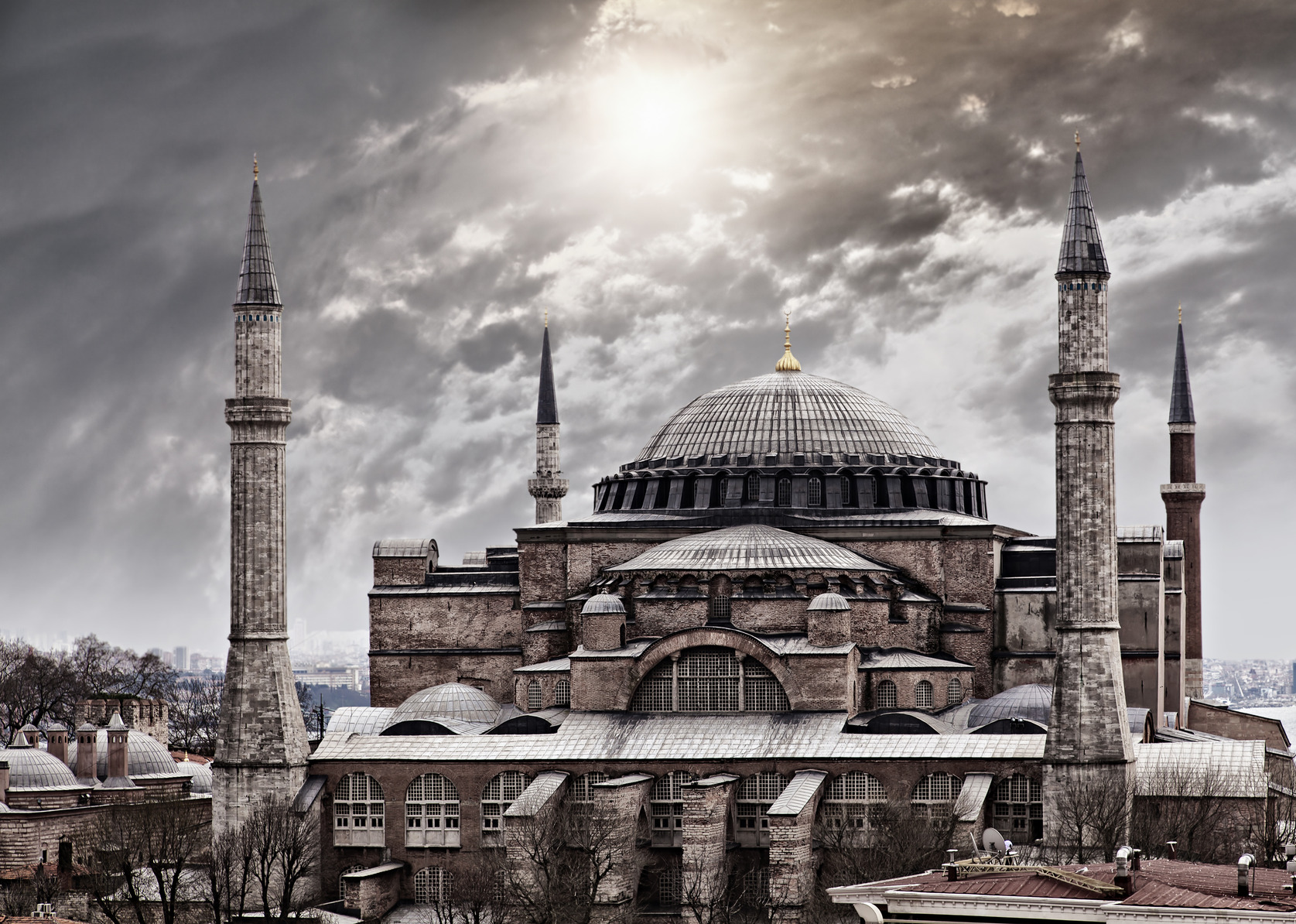 US Consumers Fall Behind on Loans

Amina: A Muslim Woman Convert in the UK