BOSTON, MA–Zahra Khan, an engineering student at the Massachusetts Institute of Technology, got a chance to see what it would be like to go to Mars. Along with a fellow student she began a two week stay in in a small, round simulator in Utah with a team of researchers who want to learn more about the logistical, mechanical, scientific, and psychological issues Mars explorers are likely to face.

Khan examined the logistics of exploring the desert and doing geological and biological research. She has researched entry, descent, and landing systems, which could be more protective than past missions. For example, descents are likely to be very controlled and could involve airbags.

Zahra Khan, a dual citizen of Canada and Pakistan, holds a Bacehlorâ€™s degree from Carleton University in Ottawa. She hopes to someday be a dual citizen of Earth and Mars. For the time being she is considering a job with a European space agency.

Search Technologies Corporation, a leading international provider and integrator of enterprise-search software and services, has been named to the 2008 list of â€œ100 Companies that Matter in Knowledge Managementâ€ by KMWorld, publisher of trends in knowledge, document and content management markets.

Search Technologies is the expert at making search software and systems work better and faster, increasing revenue for e-Commerce sites, enhancing customer productivity and improving returns on information-technology investments. A 40-person firm founded in the U.S. in 2005, Search Technologies serves commercial, government and education clients in the U.S., Europe and Asia from offices in North and Central America and the U.K.

Fast, precise search solutions are essential tools for all organizations, according to Khan. ARMA International, the records management association, estimates that more than 90% of all business records created today are electronic. Moreover, best practices in contemporary information-technology management urge development of comprehensive record-retention policies to respond to legal, regulatory, fiscal and administrative demands.

NEW ORLEANS, LA–A Muslim housewife says her civil rights were violated when a security guard forced her to leave a shopping mall when she refused to take her religious headscarf off.

The Council on American-Islamic Relations, a Washington-based Muslim civil liberties group, made the incident public Friday. The group has asked the FBI and Louisiana officials to investigate the Feb. 22 incident. The woman and her family, U.S. citizens of Palestinian heritage, are considering legal action.

The incident involves Muntaha Sarsour, 54, and her daughter-in-law, Sajehed Judeh, 23. The two women had just bought chicken fillet take-out at the mall food court when an Oakwood Shopping Center security guard allegedly stopped Sarsour and told her to remove her headscarf. The mall is in Gretna, a culturally diverse suburb of New Orleans.

â€œHe told her she had two options: Either she take off her headscarf or leave the mall,â€ said Judeh, speaking on behalf of her mother-in-law, who does not speak English well.

Judeh said she then confronted the guard and told him a Muslim in a headscarf â€œshouldnâ€™t be new to you.â€

When the guard did not answer, Judeh said, â€œI then told him that was the most ignorant thing I had heard and he said the way I was acting was ignorant.â€

The mallâ€™s senior general manager, Lynn Walters, said steps are being made to make sure â€œthis type of occurrence never happens again.â€

â€œThat action goes against everything we believe in and who we are,â€ Walters said.

The mall is run by General Growth Properties Inc., one of the nationâ€™s largest shopping mall developers.

The FBI is looking into the incident, said FBI spokeswoman Sheila Thorne.

CEDAR RAPIDS, IA–Members of Iowaâ€™s Muslim community will come together for a daylong conference at Coe College later this month.

The family conference presented by the Muslim American Societyâ€™s Iowa Chapter is the first of its kind for the chapter, which opened in Cedar Rapids two years ago, said MAS Iowa President Ahmed Elkhaldy. There have been several regional and national conferences and conventions over the past 15 years, he said, with more than 60 chapters participating nationally.

The conference, â€œUniversal Message & Universal Values,â€ is scheduled for 9 a.m. March 29 on the Coe campus. Sessions will run all day, and live entertainment will be provided at 8 p.m. Cost is $35, $20 for students, and includes the evening entertainment. Registration information can be found at www.masiowa.org

The conference is not just for members of Iowaâ€™s Muslim community, Elkhaldy said. Sessions are open to the community at-large, and he said he hopes members of the community take advantage of the opportunity to learn more about Islam and Muslims.

â€œWe welcome all college students and faculty members and other community members to attend and participate in the dialogue,â€ he said.

CHICAGO, IL–Chicagoâ€™s cab drivers are protesting a sling of tough new measures by the cityâ€™s regulating authority. Muslim cab drivers had been hit with a rash of tickets for parking in access lanes to Oâ€™Hare terminals near where the city helped set up a prayer trailer for them. Now the penalty will be towing.

â€œIf this is an issue, there should be another way to resolve it — other than generating revenue from individuals choosing to exercise their right to pray,â€ said Melissa Callahan of the Association of Unified Professional Drivers.

Consumer Services Commissioner Norma Reyes denied any hint of the rule being â€œanti-Muslim.â€ She said leaving the cab unattended in access lanes clogs up the traffic and is an operational nightmare.

As Daoud Abudiab stands amidst the charred rubble of what was the local Islamic Center in the small town of Columbia, Tenn., he recalls the events of the last day-and-a-half.

He was awoken in the early-morning hours of Saturday, Feb. 9, by a phone call from the Fire Department. When he arrived, the fire was still ablaze and the roof had collapsed. Three spray-painted swastikas and the words â€œwhite powerâ€ and â€œwe run the worldâ€ had yet to be erased from the scene.

Local, state and federal agents quickly arrested three local residents on federal charges of unlawful possession of a destructive device and state charges of arson. There was talk of possible hate crimes charges. At least two of the three are avowed members of a white-supremacist organization.

Mr. Abudiab and the members of the Islamic Center are now pondering how to conduct prayers this Friday. If the weather permits, they may pray outside next to the burned-down building, or they may use the local church that has offered them a temporary space.

The Islamic Center stood at 1317 S. Main St. for the past eight years. Columbia is about 50 miles from Nashville, the state capital, with a large Muslim population and several Islamic centers and mosques. This center has been an important place of worship and community for those who live or work locally. It is the first mosque ever in Columbia and the only one between Nashville and Huntsville, Alabamaâ€”75 miles to the south.

Mr. Abudiab moved to Columbia in 1998. Originally from Jerusalem, he was raised in the West Bank and immigrated to Arkansas in 1985. He says he came for work but made the South his home. He spoke of the importance of helping to found the local Islamic Center, noting it was the first time he was able to worship where he lived.

The center started in the garage of a building nearby. Mr. Abudiab describes it as having walls, a ceiling and a floor. Worshippers froze in the winter. They struggled to get by at night. After a year, they bought a building with support from the community and moved.

They are now pledging to build a new center at the same location. They have received media attention across the state, and support from Muslim and other organizations nationwide. The local community, too, has given significant support, including fundraising efforts by a nearby church. Their determination to rebuild is strong..(Courtesy: Party for Socialism and Liberation)

Toronto, Canada–A help line for Muslim teens is set to launch in Mississauga, aimed at helping youth deal with social, religious or family issues following the death of a young woman last year.

After a successful trial run in January, the help line, called Naseeha, will formally launch its telephone counselling service next week. The project is partly a response to the death of Aqsa Parvez, a Mississauga teen who, it is alleged, was fatally strangled by her father in December because she refused to live a traditional Islamic lifestyle.

Staffed by anonymous peer counsellors â€” a group of young Muslim men and women who have dealt with problems common to families where the parents are immigrants â€” the help line is an alternative to mainstream services such as Kids Help Phone that canâ€™t deal appropriately with Muslim problems, co-founder Farheen Khan said.

â€œWe were all born and raised here, as well. We understand the issues the kids are going through. Weâ€™re able to reach out and be able to empathize and say, you know what, itâ€™s OK.â€

Khan said most schools across the Peel region are keen to get involved in the project, which helps teens deal with conflicts about dating, staying out late and even what to wear. She said she wished such a service had been available when she was in high school.

Information about the help line has already spread through Facebook and some Islamic schools, while Khan said the organization wants to hold forums for Muslim parents to help them better understand their children.

The Muslim Unity Group, an umbrella organization consisting of Muslim organizations of both the Sunni and Shiâ€™a branches of Islam will be commemorating the martyrdom of Imam Hussein the grandson of Prophet Muhammad (s) in 680 CE (61 AH) at a joint planned event on March 8, 2008 at 6:00 pm at the Islamic Afghan Community of Canada, 22 Hobson Ave. Toronto, ON.

â€œThe effects of the on-going violence in our â€œhomeâ€ countries is felt by all Muslims,â€ says Gulam Sajan a spokesperson of the Shiâ€™a community. â€œThis event will send an important message to all Muslims, that we are but one people be you Sunni or Shiâ€™a.â€ His sentiments are echoed by Haroon Salamat, Chair of the TARIC Islamic Centre, a Sunni institution who said, â€œMuslims everywhere revere the Prophet and his family and pray that God sends his blessings to them.â€

Web of Chaos in Syria 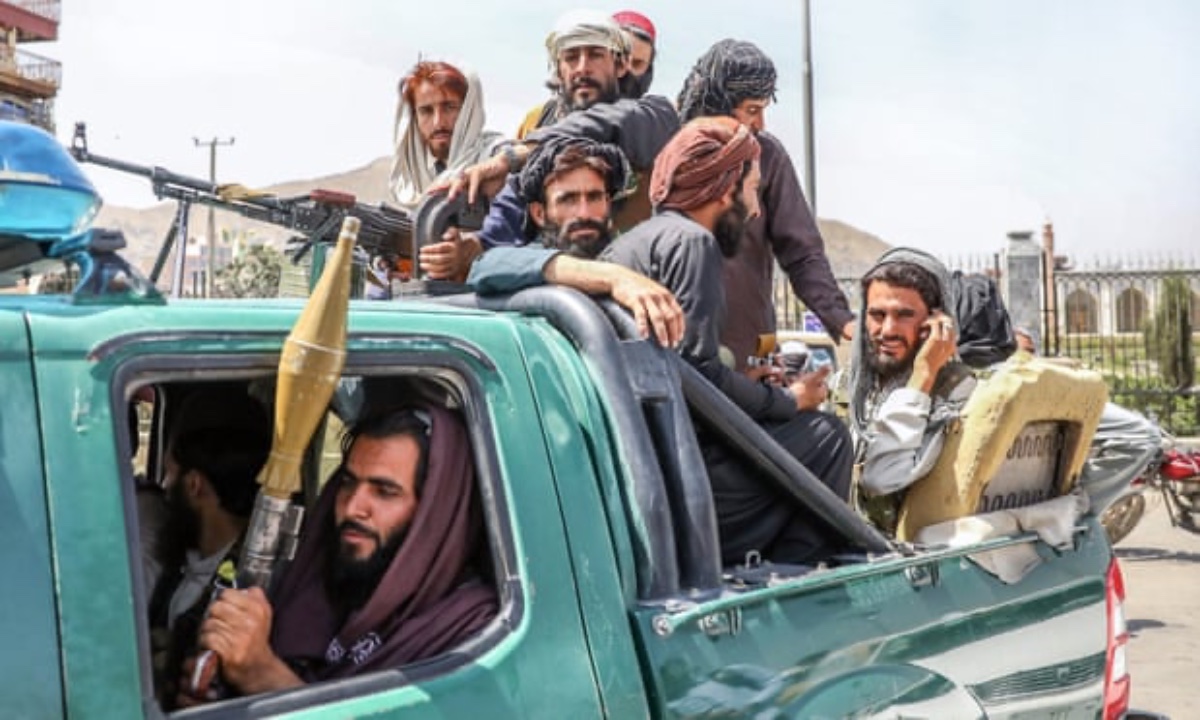 © 2020 MuslimObserver.com, All Rights Reserved
Abdullah Jafari & WAMU are the â€œStars Among Usâ€ CAIR-MI Seeks to Empower Muslims
Scroll to top