Cell division is the basis of life itself; it is how animals grow and reproduce. When cells divide, two daughter cells are produced from one mother cell. Each new cell has exactly the same genetic material (DNA) as the cell that produced it.

Cellular division has three main functions: (1) the reproduction of an entire unicellular organism, (2) the growth and repair of tissues in multicellular animals, and (3) the formation of gametes (eggs and sperm) for sexual reproduction in multicellular animals. The process of mitosis produces identical cells for the first two functions listed above; the process of meiosis forms gametes.

Cellular division has two steps. First, the genome is divided up inside the nucleus by either mitosis or meiosis. Second, the cytoplasm (the rest of the content of the cell) is divided. The cell is actually split in two in a process called cytokinesis, in which the cellular membrane is pinched in the middle like a balloon squeezed in the center.

Most of the life of a cell is spent growing and replicating DNA. This phase in the cell cycle is called interphase. Cells grow with materials produced from within the cell, using specialized structures called organelles . Before cell division takes place, the entire genome (the genetic material) has been copied, and there are now two complete copies in the cell nucleus.

Diploid eukaryotes have two copies of DNA on two sets of chromosomes. The DNA of eukaryotic animals is packaged into chromosomes. Chromosomes come in pairs. Like pairs of shoes, they are almost the same but with slight variations. Humans have forty-six chromosomes, or twenty-three pairs. When DNA is replicated before the cell divides, each chromosome has two identical copies of DNA called sister chromatids. Sister chromatids can be compared to two left and two right shoes.

There are five steps in mitosis.

1.    Prophase. The shape of the DNA changes. Other changes take place in the cytoplasm.
2.    Prometaphase. Chromosomes start to move because microtubules are attaching to them.
3.    Metaphase. Chromosomes line up in the middle of the cell, pulled there by microtubules. Sister chromatids line up on each side of the metaphase plate. This can be compared to putting one left shoe on one side of the plate and one right shoe on the other side of the plate.
4.    Anaphase. Pairs of sister chromatids split and are pulled to opposite sides of the cell by the microtubules. This is like putting the left shoes into different sides of the cell; the same thing happens with the right shoes. At the end of anaphase, there is one complete set of chromosomes on each side of the cell and the sets are identical.
5.    Telophase. DNA returns to the state it was in during interphase.

Cytokinesis then divides the rest of the cell, and two identical cells result.

Meiosis is the process of cellular division that produces the gametes which take part in sexual reproduction. Where mitosis produces two daughter cells from one mother cell, meiosis produces four daughter cells from one mother cell. The end products of meiosis, the gametes, contain only half the genome of a organism. This is like each cell ending up with only a single shoe; there are not pairs in these cells anymore. The two gametes fuse to produce a zygote . Because each gamete has half the genetic material of the mother cell, this fusion results in a zygote with the correct amount of genetic material.

â€¢    Interphase I. Chromosomes replicate, resulting in two identical sister chromatids for each chromosome.
â€¢    Prophase I. Chromosomes change shape. Homologous pairs of chromosomes, each with two sister chromatids, come together in a process called synapsis. This tetrad of chromatids is joined in several places, called chiasmata, and crossing-over occurs.
â€¢    Metaphase I. Tetrads line up on the metaphase plate, still joined.
â€¢    Anaphase I. Homologous chromosomes split apart. Sister chromatids remain together. Microtubules pull each homologue to opposite sides of the cell. This is like putting the left shoes on one side and the right shoes on the other.
â€¢    Telophase I and Cytokinesis. The cell divides. Each cell contains a pair of sister chromatids.

People of the Book 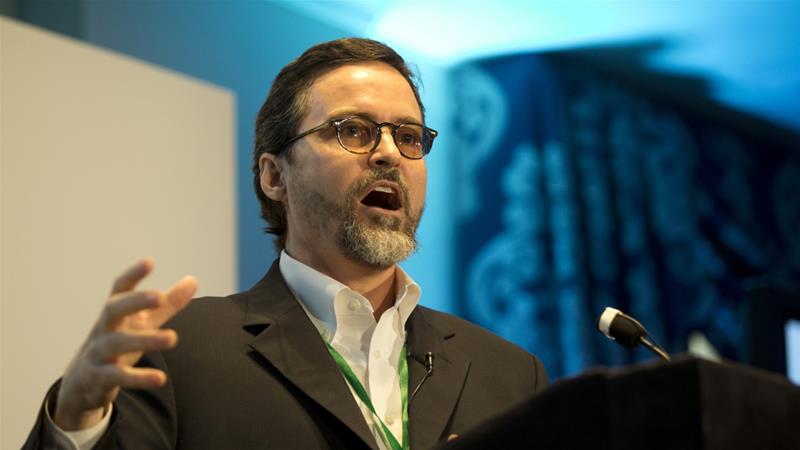 Why Google Earth Can’t Show You Israel
By Hamed Aleaziz Since Google launched its Google Earth feature in 2005, the company has become a worldwide leader in…

Through My Lens–On “Funny” Cake Toppers: How Society Conditions Us to Think About Marriage

© 2020 MuslimObserver.com, All Rights Reserved
Sanu Out for the Year Rivals Clash in Egypt Crisis
Scroll to top