Former US President Jimmy Carter and his wife fasted in solidarity with the people of the Gaza Strip who are living under siege.

About going without for day Carter laughed it off and said, â€œI didnâ€™t miss the food at all, but I missed water.â€

He said, â€œI spent all day thinking of the people of Gaza and the harsh conditions of life imposed on them by the embargo.â€ The former US President said that he prayed for the Palestinians of Gaza while fasting for the first time in his more than 80 years of life.

Jimmy Carter said that he had received a call from Khahamat religious Jews in the United States who told him that they had already begun fasting once a week in solidarity with Gaza and its people, and asked him to join them, but he and his wife decided that they would do so alone and already had started to do so.

Carterâ€™s speech came during iftar, the evening meal, held at the Grand Park Hotel in Ramallah. It included members of the Elders, a group of world leaders founded by Nelson Mandela, and a number of Palestinian intellectuals, businessmen and representatives of civil society institutions.

During the meal to break the dayâ€™s Ramadan fast, the group exchanged views. Desmond Tutu said, â€œIâ€™ve heard many Palestinian and Israeli youth. I have heard things that are very impressive, but I felt the presence of hope in spite of the occupation and the suffering of the Palestinians that it causes, which is very important.â€

Speaking of politics, Carter said, â€œWe must not forget that all the Israeli settlements to the east of the Green Line are illegal, how can you talk about a settlement freezeâ€ in a clear reference to what is being talked about these days from the current US administration led by Obama. 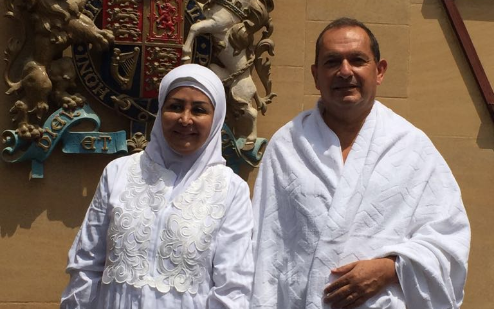 Islam in the Polls: Muslims Can Change Negative Views with Deeds