The debate over Zabihah Halal meat, especially in the West, is an unending and emotionally charged one. Often led by those not well-versed in Islamic law, the dispute has reached absurd proportions with the contenders hurling abuse and accusations against each other. This unfortunate scenario leaves the common Muslim consumer confused and perplexed when trying to meet his daily dietary needs in an Islamic manner. There was a dire need to remove the cobwebs of confusion by producing a work which will lay out the Islamic laws governing animal slaughter in a clear and concise format. Mufti Muhammad Taqi Usmaniâ€™s The Islamic Laws of Slaughter fills the void by addressing the issue in a calm and reasoned manner without resorting to clichÃ©s or emotionalism. Originally written in Arabic, the book has been faithfully translated into English by a young scholar, Hafiz Amir Toft.

The author introduces the subject by postulating that the act of animal slaughter is a taâ€™abbudi (a ritual act) that is subject to specific rules prescribed by the Qurâ€™an and the Sunnah. This is conclusively proven by a Hadith in Sahih Al Bukhari where the Prophet (s) said, â€œWhoever prays as we (Muslims) pray and faces in the direction of the Kaâ€™ba (during prayer) and eats our slaughtered animals, that is a Muslim for whom is the protection of Allah and His Messenger.â€ This Hadith establishes the fact that the method of animal slaughter is one of the defining aspects (shaâ€™air) acts which cannot be taken lightly.

The author then moves on to defining the Arabic word dhakat (â€˜lawful slaughterâ€™) from the lexical and Islamic juridical perspective. The legal requirements for complete slaughter as mentioned by the jurists are broken into three parts:

1. The method of killing the animal;
2. Mentioning the name of Allah when slaughtering;
3. The religious status of the slaughterer

After a detailed discussion of the various Fiqhi schools of thought the author states that the following are fundamental requirements for the lawful slaughter:

1. The act of animal slaughter must be conducted by cutting into the jugular veins
2. The slaughterer, in addition to being sane and the age of discretion must be a Muslim or Kitabi
3. The name of the Allah must be mentioned at the time of slaughtering. If the mentioning of Allahâ€™s name is abandoned intentionally, the slaughtered animal takes the same ruling as carrion.

The author dismisses reports that Imam al Shafiâ€™i considered the slaughtered meat of one who intentionally abandons the mention of Allahâ€™s name is as lawfulâ€”as unreliable.

Another controversial aspect of this subject is with regards to the meat of the people of the book. Some people claim that the allowance of consumption of meat slaughtered by Jews and Christians is unconditional and that whatever is allowed for them is allowed for Muslims for all times. The author counters by stating that the meat of the People of the Book was allowed because they adhered to their religiously prescribed rules of slaughter which were in conformity with the Islamic ones. Just as the marriage with a Jewish or Christian woman is lawful only if it takes place in accordance with Islamâ€™s prescribed laws, so too is the lawfulness of the consumption of their meat which is conditional. If the rules are not adhered to, the meat becomes unlawful. The prevalent methods of slaughter utilized by contemporary People of the Book do not generally meet this standard and their meat therefore is deemed impermissible.

The author also discusses the issue of mechanized slaughtering of chicken and has identified several flaws including the virtual impossibility of pronouncing the name of Allah on each bird and the possibility of doubts regarding the actual number of jugular veins which are cut. While pointing out the problems with machine slaughter, the author has declined to give a firm ruling, stating that the issue needs to be studied further. Instead he offers some modifications so that the mechanized system could be brought in line with Islamic standards by removing all doubts. This includes the replacement of rotating knife with trained slaughtermen.

The Appendix of the book contains a very useful article titled Essay on Zabiha-Meat Madness by Mufti Abdur-Rahman ibn Yusuf, which offers realistic tips on what to do when doubtful about the “halalness” of meals when invited as guests, finding a Halal restaurant, etc.

Another article titled Is Islamic Slaughtering Cruel to Animals? by Dr.Aisha El-Awady is included in the book, which was unnecessary. The article focuses on a decades-old research study at a German University whose credibility is doubtful to say the least.

The translatorâ€™s forward contains some generalizations and comments which could have been avoided. Based on a survey of Saudi Arabian officials the translator writes, â€œTheir reports reveal that the animals whose meat is exported to Muslim countries are not slaughtered accordance with the prescribed Islam and are thus not lawful.â€ This statement implies that all meat exported to Muslim countries is unlawful or doubtful. This is not true because large quantities of meat are imported from India, Pakistan, and Malaysia as well whose permissibility is without doubt.

The book clears many of the misconceptions surrounding the lawfulness of meat but is still not the final word as admitted by the author himself. It, however, serves as a useful foundation to guide further research on this very important aspect of the lives of observant Muslims. There are several questions which need to be urgently explored. For example, is it permissible to have several â€˜blessersâ€™ stand around the rotating knife in the mechanized form of slaughter and continously bless the birds as they pass through?

Finding Islam on a Chicago Bus 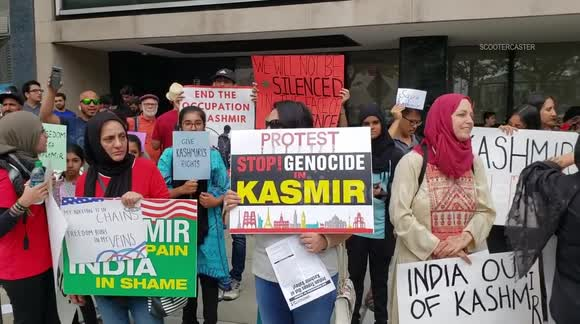 © 2020 MuslimObserver.com, All Rights Reserved
How Government Torture Programs Come to Be Obama: I Was Misrepresented
Scroll to top