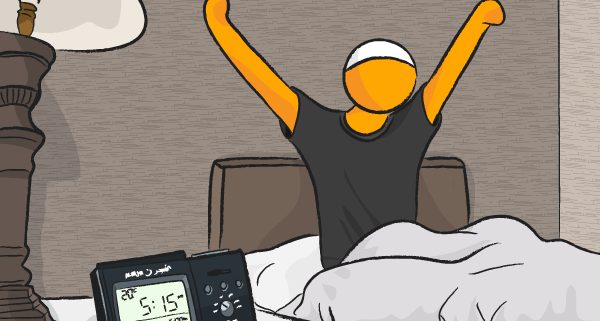 From Joel Osteen Ministries to Deepak Chopra’s wellness workshops, modern spiritual sources dedicated to helping people add value and productivity in their lives abound, but is there anything catered specifically to the Muslim world? Yes.

It’s Productive Muslim, a social enterprise committed to boosting productivity in the lives of Muslims everywhere. Using Islam as the guiding compass for productivity, Productive Muslim fuses its teachings and history with contemporary tips and tools to help people lead productive lifestyles.

Mohammed Faris, also known as Abu Productive, is the 29-year-old Founder & CEO of Productive Muslim. He tells Muslim Observer, “Unfortunately, in the Muslim world things are very slow, very relaxed. People are happy to sit down and watch the news and not do anything. They’re happy to go to work and come back home…My hope and my dream is to work with [such] people to unlock their potential and productivity so that they really go out there and do amazing things.”

Productive Muslim offers a rich collection of services and materials helping Muslims get off their feet and reach their full potential. Their fresh, actionable, and religious approach to productivity and emphasis in improving productivity in all realms, including spiritual, physical and social, has amassed quite an impressive following.

Productive Muslim has over 1.2 million fans on Facebook, 92 thousand followers on Twitter, and over 31 thousand subscribers on YouTube. They have been featured on 10 channels worldwide including Iqraa TV, Islam Channel UK, Al-Resala, and iTV South Africa. And, they have been the winner of the Brass Crescent Awards for Best Blog three years in a row.

Some favorite Productive Muslim items include infographics, animations, bite-sized productivity tips, articles, workshops and a newsletter delivered to fans’ inboxes three times a week. They aim to be “a one-stop productivity resource for the Ummah.”

Faris tells Muslim Observer that although many Muslims are quite professional and productive in terms of their work-related goals, “they look at productivity from a very narrow point of view” and lose out on the “bigger picture.”

Productivity is about living this holistic lifestyle: spiritual, physical, social, your health, your nutrition, your sleep, your family, your community, your ummah – being productive across all these spheres, that’s where I think the challenge is, that’s where I feel a lot more work needs to be done.”

Working for Productive Muslim is an international team of 30-40 people who describe themselves as “motivate[d],” “unique,” and “sincere.” Some are paid, while others are volunteers. They operate in different departments including editorial, IT, marketing and translation. The translation department is working on translating materials into French, Arabic and Spanish.

Currently under development by the team are a mobile app, academy, book, podcasts and two animated clips, all of which are planned to release in the near future. There may also project a crowdfunding campaign to raise funds for about 50 new animations clips since present clips have been very successful, garnering nearly 3 million views collectively.

All members unite under the premise that Islam offers a perfect, principled, progressive lifestyle that promotes productivity and prosperity. Faris explains, “Islam as a religion has almost like an in-built system to develop you and push you to help you be more productive.

“You can’t just reach a point where you sit down and say ‘I’m done, I’m happy’ …because we are always held accountable [for what we do]. Knowing this makes you always want to improve and do more with what you have and see how far you can push yourself.

This is an interesting thing because a lot of Muslims think ‘As long as I’m praying or fasting or giving zakah, then I can sit down and do nothing.’ But Islam is a complete way of life. From the moment you wake up, to how you live your life, to how you avoid distractions, to how you spend your energy, your focus, your time, the whole way of structuring our lives around the prayer times – all these things come together to boost your productivity and make you a really very focused person which is very rare in today’s world.”

To be part of over a million Muslims around the world that have joined the Productive Muslim movement, follow them on facebook.com/productivemuslim and Twitter @AbuProductive. 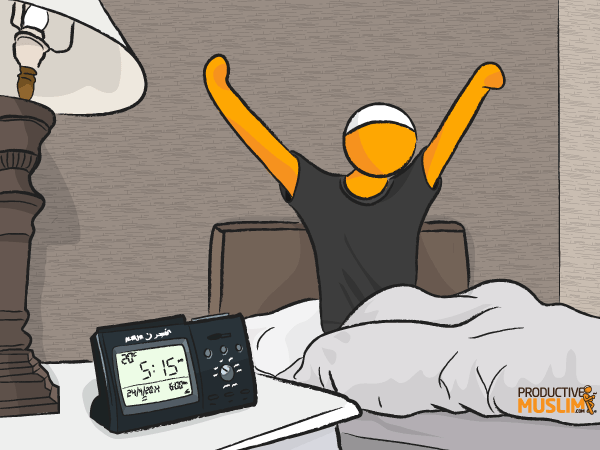 © 2020 MuslimObserver.com, All Rights Reserved
Between God’s love and mercy