Three acts of terrorism by right-wing supporters of Donald Trump and the Republican Party, yet no one has the guts to describe them loudly White or Right wing or Christian Terrorism even though the terrorists were white, Christians and Republican party workers with loyalties to the 45th.

Imagine, if this incident had involved a Muslim how much media coverage may have been devoted to Islam as a violent religion and Muslims as a sleeping cell out to destroy the US and Western style of life. Imagine, how experts would have tried to vilify Islam and Muslims and demand to lock them up or ban them from entering the country.

Seemingly, the liberal and conservative media or public officials have specified the term terrorism only for Islam and Muslims and have refused to admit that this violent trend can be found in non-Muslim communities too even though the intelligence agencies often point out that the domestic, white nationalist and right-wing terrorist poses one of the most serious dangers to the country and society.

On the weekend ending October 28, within a span of 72 hours, three terrorist acts were committed. On Wednesday a White man with a long history of supporting the Republican party and Trump shot and killed two African Americans at a Kentucky Kroger following a failed attempt to enter a black church. Then, on Friday, a staunch supporter of Trump who had railed against Democrats and minorities with hate-filled rhetoric online was arrested for sending mail bombs to political leaders and their supporters who had criticized Trump to eliminate them once for all and then on Saturday morning, a white man shouting “All Jews must die“ opened fire at a synagogue killing 11 people attending the religious services.

Yet neither the President nor the Republicans nor liberal or conservative media and nor even the Democratic leadership described these violent acts as part of domestic terrorism by white nationalists.

There is no explanation for this insensitivity. The least one can say is that America’s power elites have lost the will to analyze and comprehend the reality objectively. The Global Terrorism Database that tabulates terrorist acts around the world suggests that that almost two-thirds of terror attacks in the US during the last year are tied to racist, anti-Muslim homophobic, anti-Semitic, fascist, anti-government or xenophobic motivations.

The United States has seen a recent surge in terror-related violence, with 65 attacks last year, up from six in 2006,  Out of 65 terrorist incidents last year in the United States, 37 were “tied to racist, anti-Muslim, homophobic, anti-Semitic, fascist, anti-government or xenophobic motivations.”

The list includes the August 2017 incident at the “Unite the Right” rally in Charlottesville, Virginia, where a man drove a car into a crowd of counter-protesters, killing Heather Heyer and injuring many others. The suspect, James Alex Fields, was photographed earlier that day marching with neo-Nazi hate group Vanguard America. Fields have been charged with first-degree murder and are awaiting trial in Virginia. In June, he was indicted on 30 charges of federal hate crimes related to the attack.  Terror from the Right is the Southern Poverty Law Center’s directory of major terrorist plots and right-wing political violence from 1995 to the present.

It’s apparent that the President and the Republican party are on a political course that is founded on the notion of racial supremacy of the white with little or no respect to minorities, especially the racial and religious ones.

Hence attacks on blacks, Muslims Spanish, and Jews are justified by Trump or his Republican supporters. The anti-minorities rhetoric has created a dangerous situation in the country that might lead to a civil war. Trump and his political advisors believe that that the white race is losing its political grip on the country and if drastic measures are not taken, America will be controlled by a multi-ethnic plural liberal leadership that would disregard the conservative values approved by the right-wing evangelical churches and the notion of smaller government. They believe that the current immigration policy is destroying the dominant white culture of the country and the flow of immigrants is not stopped now, the White race would be reduced to a non-entity.

It is this fear that has become the dominant tone of Trump and the Republicans. They have combined the slogans that Christianity is in danger and America is under attack into their political rhetoric. In this narrative, the idea of a right-wing white nationalist does not fit. Hence, the term terrorism is reserved by them only for non-Christian and non-White people. 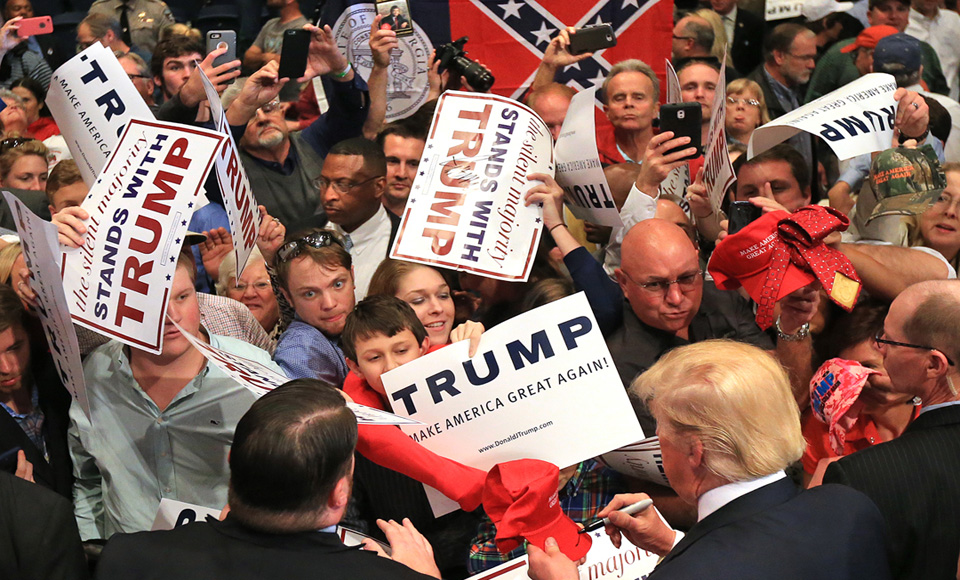 Listen to Your Soul
By Imam Abdullah El-Amin, Muslim Media News Service (MMNS) â€œHe it is Who has sent down to thee the Book.…

A Terrorist and Terrorism
Scroll to top