Alchemiya is the Muslim Netflix

If you love Netflix, you have to see Alchemiya, a video platform that showcases the world’s best films and documentaries about Islam and Muslim life. It’s been nicknamed the “Muslim Netflix” and for wonderful reasons.

Whether it’s award-winning films or independent documentaries, Alchemiya presents a wide selection of genres including culture, comedy, history, religion, travel and more that keeps viewers enchanted, entertained and informed. Each program invites onlookers to the beautifully diverse culture of Muslims and shows just how positive and uplifting it can be.

Alchemiya is currently close to 1,000 paid members and contains over 50 programs. In the next few months, that number may rise to 150 as new subscribers are being added at a fast pace. This means there is always something good to watch and something there for everyone.

The Muslim Observer spoke with Navid Akhtar, Founder of Alchemiya, to find out the past, present and future of his company – and of course, his favorite title.

TMO: What was the inspiration behind creating Alchemiya?

Navid: Alchemiya was set up to promote the best of what the Muslim world has done, its art, culture, history, ideas, etc. The Muslim world has made huge contributions throughout time and history. We are not only forgetting about this but there are some very dangerous ideas out there at the moment that suggest that Islam hasn’t done anything for the world or offered anything good. It is important for us Muslims to celebrate all these achievements and not get too drawn in to talking about what is going wrong because it is actually a very small part of our culture and religion is about.

TMO: Why the name Alchemiya?

Navid: Alchemiya is Latin for Alchemy a word that comes from Arabic and refers to the mythical science of transmutation – from base to something higher, from lead to gold. For us this is important, as Muslims we are striving to improve ourselves from the condition we are in to a position of wisdom and knowledge. We chose the name because we want the content to be something that helps people in that journey of transformation, from where they are to where they want to go. It is also interesting because it’s one of the hundreds of Arabic words that have come in to use in English and we wanted to reflect that.

TMO: Why do you think it’s important for people to see the cultural aspects of Islam?

Navid: I was born in London but I am originally from Pakistan. My father worked in some of the first Pakistani restaurants in London. This is one of the biggest success stories of Islam in the Western world. People love eating our food, our rice, our kebab, our curries… and this the culture of Islam. My father’s way of showing his love for Allah and the prophet was through serving great food. We mustn’t forget there are many paths to Islam, weather it is a great tasting meal, a beautiful mosque or calligraphy, this culture is in itself spirituality expressed in the material form. So it is important to use this as the first way of people experiencing our faith. It is important that we understand the Qur’an, hadeeth and scholarly traditions but it is not for everybody, some people need a first step and that is often through the senses.

TMO: What’s been the most rewarding part of the journey?

Navid: The sense of people coming to congratulate us, I spoke to somebody last week who was in tears over the content that he had seen. The chance for people to see amazing programs and documentaries they haven’t had exposure to and the way that it makes them feel. It’s important that children in particular see things like this, that they see Muslims as people that have achieved a lot in the arts and science, philosophy and math, and not just continuously seeing Muslims as a problem. So the rewarding part is really when the product works, people see the content and feel moved by what is there.

TMO: What’s been the greatest challenge?

Navid: The greatest challenge has been around finding the finance to make the business work. There are a lot of Muslim projects with great ideas and great intentions, but there is no business sense behind it. I think the age of doing things for charity is saturated. It’s not a good model; things have to be sustainable financially. People said nobody will pay, but actually people have been paying and people do care about having high quality. For us the challenge wasn’t about delivering the quality, we know how to do that but it was a case of trying to make it financially succeed.

TMO: What’s the most popular program?

Navid: That really depends on how you look at it. A Muslim Traveller’s guide to Granada, has attracted the most reviews and attention from journalists and social media. As someone who loves to travel, I am always trying to find out the secret places and inside information that locals have, to find out about the amazing Muslim history and heritage. And that is just what this documentary does.

TMO: Is The Alchemist of Happiness your favorite title?

Navid: The Alchemist of Happiness is one of my favorites. It’s hard to pick just one program because there is so much good content. This is a film about Imam Ghazali, an incredible figure if you’re a Muslim and an incredible figure if you are interested in thought and philosophy generally, lots of non-Muslims also look up to his ideas. It just shows you Muslim film producing at its best. It was director Ovidio Salazar’s idea to make this film and it shows you, when everything works, this is what’s possible.

TMO: Do you think Alchemiya is a tool that in its own way fights Islamophobia?

Navid: Alchemiya has been designed to help break down the barriers that people have in terms of understanding Islam, it is absolutely attacking and dealing with Islamophobia by telling people that there is nothing to be frightened of, that the ideas behind Islamophobia are just mythical. We are actually showing the reality and we are very confident with that. We don’t advertise it very strongly but we have a good non-Muslim following and believe that people can learn enormously about our faith through this.

TMO: What’s in store for the future? A video category for children?

Navid: We are looking to expand the site so that we can offer more categories of content, in particular programs for young children from the ages of three to ten. We will be adding more travel and lifestyle content and are really conscious about the need for a female-centric programming; we think it is important to reflect the values of the modern Muslim woman, what their issues are and what they are facing.

We have exciting plans to create a blog that talks about creativity and the film making aspects of it. And of course technical improvements such as apps for Chromecast and a wider marketing campaign.

TMO: What do you ultimately wish to accomplish?

Navid: We would like to build a global media brand that is known for having spiritual values, one that reflects Islam in a very positive and beautiful way, a media brand that it’s not only something that Muslims consume but that non-Muslims feel it is a great step for them to understand the religion. That is what our ultimate aim is.

From a business point of view we are running a business and want it to be successful. Success is measured in wealth and money so it is important for us to achieve that. We would also like to have a charitable wing that trains people in the art of film making and media, which is really important so that the Muslim around world know how to portray themselves accurately.

If you want to preview the profound impact Islam has had across the world in the most entertaining way, try out Alchemiya’s free 7-day trial at Alchemiya.com. Stay updated on their incredible work on facebook.com/Alchemiya and @Alchemiya on Twitter! If you also have a show idea, feel free to pitch it their way! 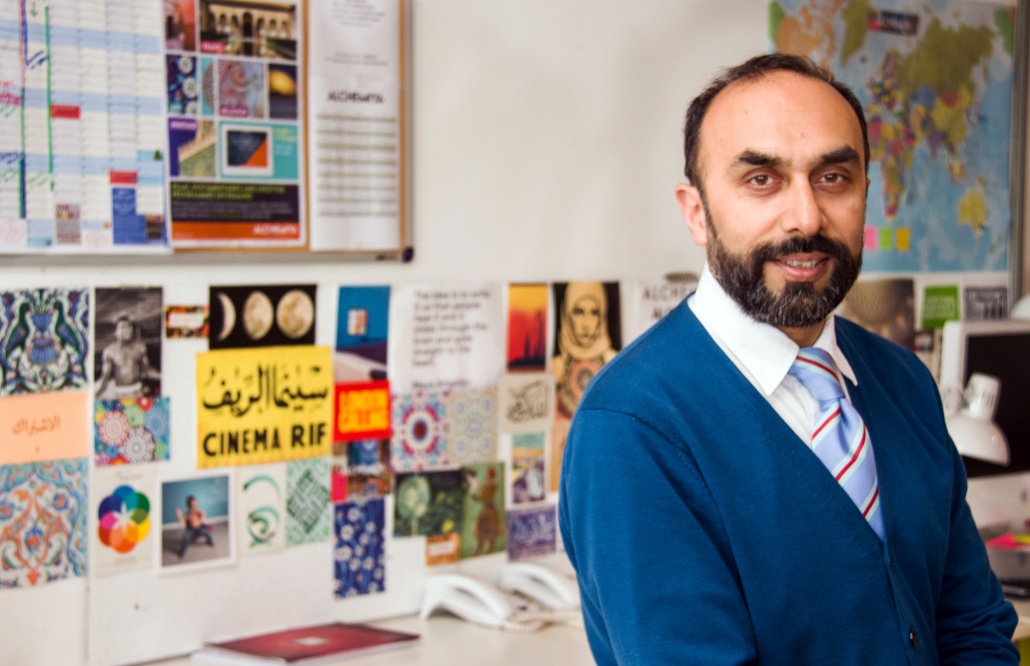 © 2020 MuslimObserver.com, All Rights Reserved
The Danger of Customizing and Privatizing Islam: 4 Mindsets We Need to Chan...