This is part 3 in an ongoing series. Read parts one and two first.

Iblis wasn’t just any jinn, but a very pious one, whose worshipfulness earned him a spot in the first row of all first rows: right before God’s throne, where he could do the only thing he ever wanted to: Pray. Except, here’s the thing about all that praying: It wasn’t making him better. It was making him worse. Piety can do that to a person: As Matthew Crawford might say, it is ‘a curiously self-aggrandizing form of humility.’

When’s the last time you heard that in your mosque?

Many say things like ‘God is everywhere,’ or ‘in everyone,’ or even ‘in everything,’ even though they have no evidence for it. Certainly not scripturally. The universe isn’t ‘inside’ God, as if God was a giant balloon who inflated Himself and filled in the helium. Rather, God created everything out of nothing, or as they say, ex nihilo, corresponding to the Muslim belief that even as the line between creation and Creator cannot be crossed, the implication is that everything in creation has direct access to Him.

Of course, this doesn’t mean God created the universe in a way we can’t understand. For God could choose to make things in a way we cannot divine, or to make things in ways we can, whether wholly or partially. As it turns out, everything He brought into existence praises and obeys Him, though apparently inanimate or animate (The Exile 24). Is praise simply the fidelity of a thing to its Creator, in the manner that space is warped by mass, whether it wants to or not?

Or does it mean that atoms themselves, and the stuff they’re made up of, however far down we can go, know Him and honor Him in language we can’t fathom? The Qur’an seems to suggest the latter, but for now, here’s what we can take away: Neither antimatter not matter has a choice in this matter. Antimatter can’t will itself into matter. Angels, which are sentient, can question God, but not refuse Him—they have no free will. But humans and jinn? They can disobey God. And we do.

The angels could question God, but they bowed, and it never would’ve occurred to them not to; Iblis could doubt, but he also could choose not to bow. Prostration isn’t just what keeps man and God close, but describes the order of the universe, suggesting that your daily prayer resonates with the cosmic order of things. By not surrendering, Iblis was setting himself on a road to ruin.

Many centuries later, the Prophet Joseph recounts to his father, Jacob (Israel), his dream: ‘I saw eleven planets, the sun and the moon bowing to me’; his father, Jacob, interprets this as a sign of God’s ‘choosing him’ (Joseph 4-6). We can make the universe prostrate to us in more mundane ways, too. Sure, the universe was made according to laws, but we have been made in such a way that we can set laws against each other: Gravity keeps you on earth, but you can build a rocket ship.

Intelligence isn’t exclusive to humanity, but this degree appears to be. When the angels see Adam’s wisdom, they recognize that their original question might have been misplaced. Adam knows things, things they didn’t think he could, or would. Or should? Any creature who can heat up the planet, and put all its life at risk, is no everyday creature. We are something else, with great power and potential, but of course every strength is a weakness. And every weakness a strength.

When God says He’s making a Caliph, the angels ask about bloodshed and corruption.

Perhaps they mean: “Sure, fine, a Caliph—but what’s he going to do with all that power?” Iblis went from being a great Muslim—someone who consciously chooses to worship God—to God’s enemy. And what caused him to? Islam! He worshipped a lot. More than anyone. So he thought he should be the Caliph, not Adam. In fact, it was worse: Either he’d have the Caliphate, or no one would. Because when Iblis refuses to bow, God condemns him, and then he promptly turns on God.

He yells back at his creator, vowing to tempt Adam and Eve, to ruin them, to show God He’d made a mistake. God shrugs it off: He tells Adam and Eve to do as they please in paradise, but not to eat from a tree, and of course they do—Iblis persuades them to. Though, after they do, the first couple don’t flip out and get all postmodern on God: “Why’d You make the tree, anyway?” “Why’s it such a big deal?” “Does God really mean the this tree, or is it a larger point about being a good person?” “What’s the difference between this tree and that tree?” “Doesn’t God have bigger things to worry about?”

They say they’re sorry. They repent. That’s all they had to do, and God forgave them. He sent them down to Earth, though—deeds have consequences—but, of course, is that a punishment? Remember God said, “I am making a Caliph on Earth,” and there they are on Earth, which means Iblis didn’t defeat Adam. He inadvertently made Adam into a Caliph. Iblis’ piety made him arrogant, and his arrogance defeated him.

After the Prophet Muhammad, peace be upon him, died, Islam burst out into the world. Sure, there were reverses, like Andalucia and Sicily, Sardinia and parts of France, Italy and India, but by and large Islam was the world civilization for centuries. We were on the winning team. We were the winning team. We worshipped God the right way, and we ruled His planet. (Well, a handful of us—this was no democracy.) And then it was gone. Over a period of a few centuries, an obscure corner of Europe rose up and overthrew nearly every Muslim dynasty.

The whole world was theirs, including parts of it we never knew about, and we wondered: How could God do this? Why would He? And what should we do to take it back? Could we cross lines of right and wrong because, after all, we are right—and they are wrong? Some Muslims read the Qur’an, but cannot imagine the references to Prophets and peoples gone by are other than a historical record, rather than what the Qur’an itself promises to be: a warning, a lesson, an instruction. One of the results of colonialism and imperialism has been an Islam that subverts Islam.

Debate all you want about who caused what and when, but it’s taken on a life of its own. It uses Islam to subvert Islam. It preys on the young and the vulnerable. These are your kids, your nephews and nieces, your future. Our future. Already we can see the consequences, not just in those who go cross over, but those who never come back. How many have given up on mosques? How many more will? Believe me, they will. We’ll lose a lot of folks along the way. The greatest enemy of religion is religion.

Islam is like the Force—you can use it to improve yourself and others, or you can use it to control others. Islam was developed for humanity, and all humanity, and therefore speaks to common challenges and problems. Arrogance is one. The Matthew Crawford quote I gave you, a few paragraphs up? That’s his analysis of the secular enlightenment—how certain types of philosophers put others down by virtue of their own allegedly superior insight.

In this world and this life, God deputizes humanity, speaking through messengers and books. He doesn’t act overtly or explicitly, but with nuance and subtlety. Because that is His purpose, and that is our nature, and the two are matched, or else we wouldn’t be made to bow down to Him. We are Caliphs, possessed of dignity and autonomy. We cannot tolerate bullying, least of all when it is by people who are no different than us.

Some people, because they worship, more than others, or maybe in the right way, or maybe the right God, think others who don’t are an inferior, lesser species. The Prophet Muhammad warned us that people would appear who were outwardly religious, more practicing and prayerful than the rest of us, but that religion never went beyond their throats (and, in this case, their flags). As a consequence, they would drive religion from the world. In God’s name, they open the doors to Satan. In the Prophet’s name, they attack the world he was sent as a mercy to.

Today, many of the most outwardly religious are wicked within, and some of them even claim—we ‘ve come cosmologically full circle—that they have a Caliphate we must prostrate ourselves to. And if we don’t? Men are not meant to bow to men. The Caliphate is for us, and cannot be imposed on us. 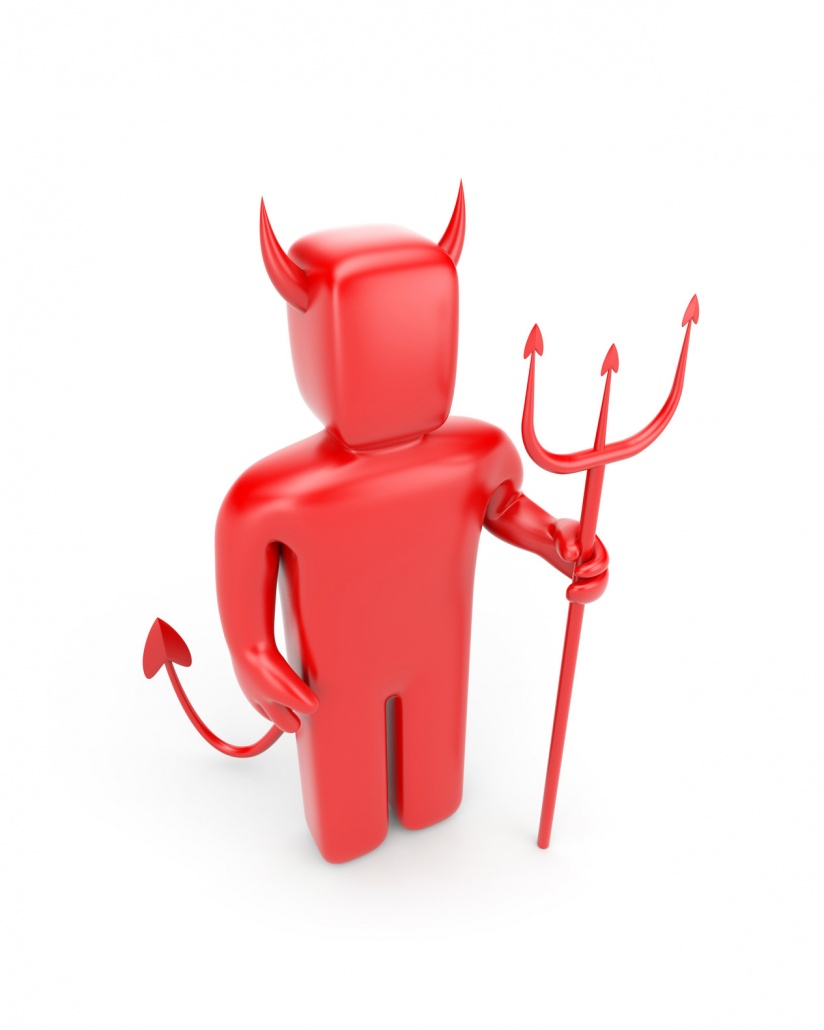 The Israeli Attempt to Shut Your Reporter

5 tips for teaching our children manners
Scroll to top