Abdullah Hammoud, the first Arab-American occupied a seat in the Michigan House of Representatives January 11, 2017.

After two strong years of helping legislate the state of Michigan, Hammoud has decided to re-run for a second term.

“I realized policy was a little pertained. When I reflected on whose hands were on this level no one with a faith like ours, no one with a name that sounded like ours were able to contribute to policies, ” Hammoud said. “So when the opportunity presented itself in policy I said why not.”

Hammoud represents the 15th district which includes his hometown of Dearborn.

“We ran for a contested seat one of nine candidates and we won by ten points,” Hammoud stated. “We won unprecedentedly and currently we serve as the only Muslim in the state house legislature.”

Hammoud this past year has been able to establish a bill for less invasive autopsies, secure $1 million for dearborn museums, and propose several other laws shining a positive light on Dearborn.

“For the Muslim community we realized how important elections are given our most recent presidential election,” Hammoud stated. “It’s no longer enough to sit on the sidelines and wait for change to come from a part of the change. If you’re unwilling to be apart of the change, then you can continue to sit on the side and bicker. If you want to be active, if you want to see hope, If you want individuals that fight for other principals you have to get out and vote.”

Hammoud stands for fixing Michigan’s infrastructure; Strengthening health care, Reducing auto-insurance costs, Protecting air and water, Enhancing our focus on education and most importantly creating an economy that works for everyone.

Emgage USA is a non-profit organization that stands for empowering engaged Muslim Americans. Mainly, bridging a gap between elected officials and their constituents. Throughout, Hammoud’s campaign they have supported and helped bring funds.

To support and learn more about Hammoud checkout: votehammoud.com 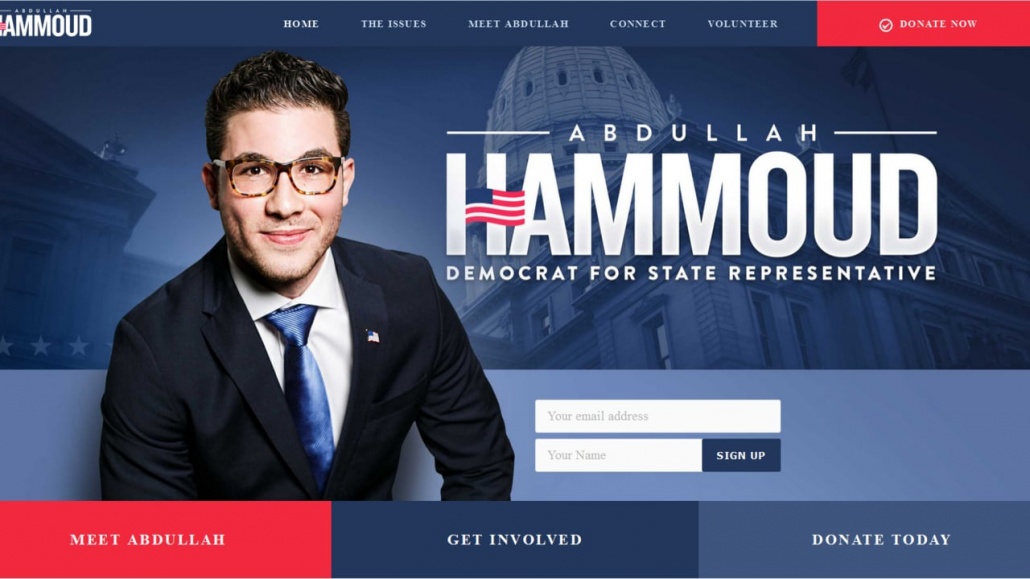 New Orleans Muslims Vent Anger at President Bush
By Adil James Chicagoâ€”September 4, 2005â€”New Orleans has been flooded with poisonous water, and our television sets have been deluged…