A Simple Theory About the Missing Malaysia Airlines Jet

There has been a lot of speculation about Malaysia Airlines Flight 370. Terrorism, hijacking, meteors. I cannot believe the analysis on CNN; itâ€™s almost disturbing. I tend to look for a simpler explanation, and I find it with the 13,000-foot runway at Pulau Langkawi.

We know the story of MH370: A loaded Boeing 777 departs at midnight from Kuala Lampur, headed to Beijing. A hot night. A heavy aircraft. About an hour out, across the gulf toward Vietnam, the plane goes dark, meaning the transponder and secondary radar tracking go off. Two days later we hear reports that Malaysian military radar (which is a primary radar, meaning the plane is tracked by reflection rather than by transponder interrogation response) has tracked the plane on a southwesterly course back across the Malay Peninsula into the Strait of Malacca.

The left turn is the key here. Zaharie Ahmad Shah1 was a very experienced senior captain with 18,000 hours of flight time. We old pilots were drilled to know what is the closest airport of safe harbor while in cruise. Airports behind us, airports abeam us, and airports ahead of us. Theyâ€™re always in our head. Always. If something happens, you donâ€™t want to be thinking about what are you going to doâ€“you already know what you are going to do. When I saw that left turn with a direct heading, I instinctively knew he was heading for an airport. He was taking a direct route to Palau Langkawi, a 13,000-foot airstrip with an approach over water and no obstacles. The captain did not turn back to Kuala Lampur because he knew he had 8,000-foot ridges to cross. He knew the terrain was friendlier toward Langkawi, which also was closer.

Take a look at this airport on Google Earth. The pilot did all the right things. He was confronted by some major event onboard that made him make an immediate turn to the closest, safest airport.
The loss of transponders and communications makes perfect sense in a fire.

When I heard this I immediately brought up Google Earth and searched for airports in proximity to the track toward the southwest.

For me, the loss of transponders and communications makes perfect sense in a fire. And there most likely was an electrical fire. In the case of a fire, the first response is to pull the main busses and restore circuits one by one until you have isolated the bad one. If they pulled the busses, the plane would go silent. It probably was a serious event and the flight crew was occupied with controlling the plane and trying to fight the fire. Aviate, navigate, and lastly, communicate is the mantra in such situations.

There are two types of fires. An electrical fire might not be as fast and furious, and there may or may not be incapacitating smoke. However there is the possibility, given the timeline, that there was an overheat on one of the front landing gear tires, it blew on takeoff and started slowly burning. Yes, this happens with underinflated tires. Remember: Heavy plane, hot night, sea level, long-run takeoff. There was a well known accident in Nigeria of a DC8 that had a landing gear fire on takeoff. Once going, a tire fire would produce horrific, incapacitating smoke. Yes, pilots have access to oxygen masks, but this is a no-no with fire. Most have access to a smoke hood with a filter, but this will last only a few minutes depending on the smoke level. (I used to carry one in my flight bag, and I still carry one in my briefcase when I fly.)

What I think happened is the flight crew was overcome by smoke and the plane continued on the heading, probably on George (autopilot), until it ran out of fuel or the fire destroyed the control surfaces and it crashed. You will find it along that routeâ€“looking elsewhere is pointless.

Ongoing speculation of a hijacking and/or murder-suicide and that there was a flight engineer on board does not sway me in favor of foul play until I am presented with evidence of foul play.

We know there was a last voice transmission that, from a pilotâ€™s point of view, was entirely normal. â€œGood nightâ€ is customary on a hand-off to a new air traffic control. The â€œgood nightâ€ also strongly indicates to me that all was OK on the flight deck. Remember, there are many ways a pilot can communicate distress. A hijack code or even transponder code off by one digit would alert ATC that something was wrong. Every good pilot knows keying an SOS over the mike always is an option. Even three short clicks would raise an alert. So I conclude that at the point of voice transmission all was perceived as well on the flight deck by the pilots.

But things could have been in the process of going wrong, unknown to the pilots.

Evidently the ACARS went inoperative some time before. Disabling the ACARS is not easy, as pointed out. This leads me to believe more in an electrical problem or an electrical fire than a manual shutdown. I suggest the pilots probably were not aware ACARS was not transmitting.

As for the reports of altitude fluctuations, given that this was not transponder-generated data but primary radar at maybe 200 miles, the azimuth readings can be affected by a lot of atmospherics and I would not have high confidence in this being totally reliable. But letâ€™s accept for a minute that the pilot may have ascended to 45,000 feet in a last-ditch effort to quell a fire by seeking the lowest level of oxygen. That is an acceptable scenario. At 45,000 feet, it would be tough to keep this aircraft stable, as the flight envelope is very narrow and loss of control in a stall is entirely possible. The aircraft is at the top of its operational ceiling. The reported rapid rates of descent could have been generated by a stall, followed by a recovery at 25,000 feet. The pilot may even have been diving to extinguish flames.

But going to 45,000 feet in a hijack scenario doesnâ€™t make any good sense to me.

Regarding the additional flying time: On departing Kuala Lampur, Flight 370 would have had fuel for Beijing and an alternate destination, probably Shanghai, plus 45 minutesâ€“say, 8 hours. Maybe more. He burned 20-25 percent in the first hour with takeoff and the climb to cruise. So when the turn was made toward Langkawi, he would have had six hours or more hours worth of fuel. This correlates nicely with the Inmarsat data pings being received until fuel exhaustion.

Fire in an aircraft demands one thing: Get the machine on the ground as soon as possible.

The now known continued flight until time to fuel exhaustion only confirms to me that the crew was incapacitated and the flight continued on deep into the south Indian ocean.

There is no point speculating further until more evidence surfaces, but in the meantime it serves no purpose to malign pilots who well may have been in a struggle to save this aircraft from a fire or other serious mechanical issue. Capt. Zaharie Ahmad Shah was a hero struggling with an impossible situation trying to get that plane to Langkawi. There is no doubt in my mind. Thatâ€™s the reason for the turn and direct route. A hijacking would not have made that deliberate left turn with a direct heading for Langkawi. It probably would have weaved around a bit until the hijackers decided where they were taking it.

Surprisingly, none of the reporters, officials, or other pilots interviewed have looked at this from the pilotâ€™s viewpoint: If something went wrong, where would he go? Thanks to Google Earth I spotted Langkawi in about 30 seconds, zoomed in and saw how long the runway was and I just instinctively knew this pilot knew this airport. He had probably flown there many times.

Fire in an aircraft demands one thing: Get the machine on the ground as soon as possible. There are two well-remembered experiences in my memory. The AirCanada DC9 which landed, I believe, in Columbus, Ohio in the 1980s. That pilot delayed descent and bypassed several airports. He didnâ€™t instinctively know the closest airports. He got it on the ground eventually, but lost 30-odd souls. The 1998 crash of Swissair DC-10 off Nova Scotia was another example of heroic pilots. They were 15 minutes out of Halifax but the fire overcame them and they had to ditch in the ocean. They simply ran out of time. That fire incidentally started when the aircraft was about an hour out of Kennedy. Guess what? The transponders and communications were shut off as they pulled the busses.

Get on Google Earth and type in Pulau Langkawi and then look at it in relation to the radar track heading. Two plus two equals four. For me, that is the simple explanation why it turned and headed in that direction. Smart pilot. He just didnâ€™t have the time.

Chris Goodfellow has 20 years experience as a Canadian Class-1 instrumented-rated pilot for multi-engine planes. His theory on what happened to MH370 first appeared on Google+. 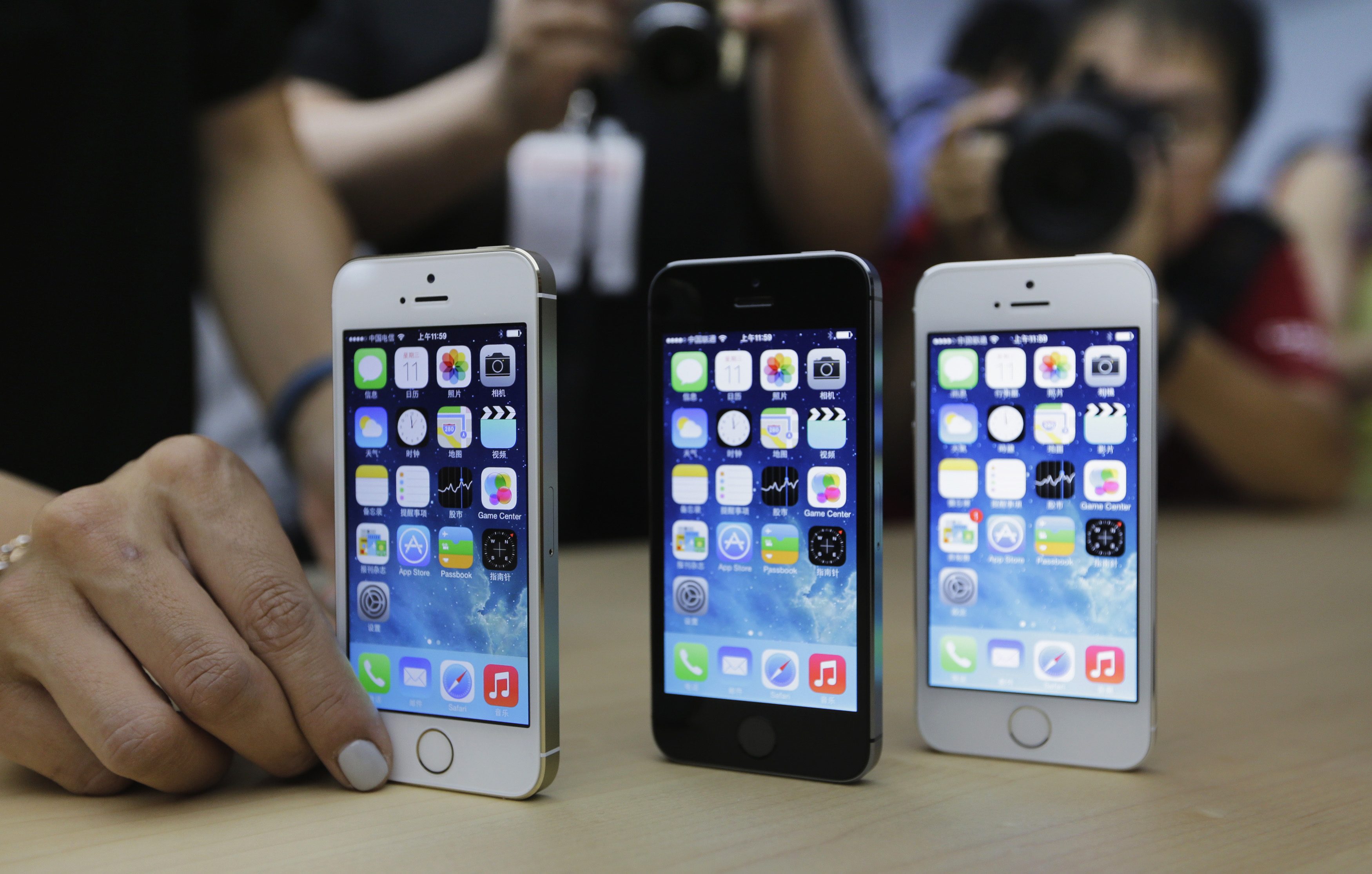 Revelations! Art Exhibit Explores History, Beauty, and Cultural Richness of Islam
By Almas Akhtar, TMO Revelations is a revolution in contemporary Islamic Art. It is a series of paintings which explores…