As the first full week of June ends, we notice sudden concern in the markets about interest rates. Short- and long-term rates are rising, due partly to rate hikes by foreign central banks. Those bankers seem more worried about inflation than our domestic central bankers. Someone has to be wrong, and I think the error is ours.

Our Fed or government leaders, when speaking about inflation, indicate we have little cause for worry. Inflation is â€˜â€™tame, benign and likely to moderate in coming quarters,â€™â€™ they say. Of course, much of this confidence stems from their ability to â€œscrubâ€ inflation figures until they produce numbers to support their fiscal and monetary policies. And then it appears that theyâ€™re doing a great job with our economy.

But why do foreign central bankers show concern about inflation and anticipate rates climbing around the world –while our bankers see no reason for alarm? How is it that the cost of living seems to be rising in other places but not in the U.S.?

One possibility is that our leaders are financial miracle workers. Another is that we may not be hearing the full truth about how fast our costs are rising and how fast the dollar is losing its purchasing power.

As regular readers know, or from your own real-world observations, U.S. inflation is running just as high, if not higher, as it is elsewhere. I say higher, in some cases, because health care costs are some of our fastest and most persistently rising expenses. In other countries with rising interest rates, health care has been socialized to one degree or another.

Of course, if our economic leaders simply ignore those higher costs for health care, inflation looks lower than it is. And if they exclude other items rising in price faster than they would like to admit, such as the cost of gasoline, heating oil, milk, corn and tuition, then inflation would indeed look â€˜â€™benign, contained and likely to moderate in coming quarters.â€™â€™

So, sure enough, that is exactly what they do! And they have good reason for doing so. If inflation has climbed higher than official figures suggest, foreign as well as domestic investors in our bonds, would shun bonds such as long-term Treasuries, which are guaranteed to cost investors money over time.

The main goal of investing is growing oneâ€™s savings faster than the cost of living rises, thus making the investor richer in what is known as â€˜â€™real terms.â€ But if U.S. 30-year Treasury bonds yield about 5% when inflation is running hotter, maybe 6%, the investor with that 5% yield is losing purchasing power.

If inflation really is running at 6%, then bond yields should offer investors a higher payback, maybe 8% or 9%. That wouldnâ€™t be a problem though, would it?

Well, judging by markets reactions this past week, apparently this would be a rather large problem! First and most obvious would be more trouble for the already stagnant housing market. That industry recently was awash in good cheer generated by ultra-low interest rates and abundantly available credit. Any buyer who could fog a mirror or sign his name on multiple forms could secure a mortgage.

Those low rates made homes more affordable to marginal buyers. But with interest rates rising high enough to offset 6% inflation, many of those marginal buyers could be shunted aside — when the housing market is in desperate need of buyers. Making the situation worse is that many adjustable rate mortgages are coming due for higher rate re-sets later this year, with huge amounts of them coming due in the fourth quarter.

Not only will marginal buyers be pushed out of the market, but many more marginal home owners may suddenly become unable to afford their rising mortgage payments, if our negative savings rate is any clue.

Another bad situation involves our national debt, now nearing the $9 trillion mark. When saner people ran our economy, the 30-year Treasury bond was retired with new debt financed by shorter term instruments, and this enabled us to take advantage of lower interest payments.

With many two-, five- and 10-year bonds maturing in coming years, that monstrous debt load will require financing at higher rates, too, thus increasing government expenses for servicing the debt. And since the U.S. still borrows money to pay interest on past borrowings, our Ponzi-Scheme Federal government finds it hard to keep up.

Managers of pension funds find that higher rates of inflation make their jobs harder, since they have to assume higher growth rates for future liabilities. That forces them to increase payments into their pension plans, which reduces cash flows and reported profits. And can you imagine what higher inflation does to cost projections for Social Security and Medicare programs?

Higher interest rates and bond yields are also bad for the stock market. If institutional investors can buy bonds yielding 8%, which were available this week in New Zealand and Brazil, why would they buy stocks? An 8% yield, compounded over time with a guaranteed return of their initial investment and paid in full upon reaching the maturity date, would make assets like stocks seem unworthy of the risk.

An 8% bond yield works out to a price-to-earnings ratio of about 12, meaning that stocks would have to sell for about 12 times earnings to compete. Some may argue the possibility of a higher P/E for stocks in an 8% world, citing their better growth potential. But with no assurance of getting back your initial investment at any point in the future, I would argue that the P/E for stocks should run about the same, if not lower, to compensate investor risk-taking.

Of course, these numbers are not based on inflation rates that are truly in the 6% range now. Investors are relying on valuations based on what we hear is that â€˜â€™core inflationâ€™â€™ number, which runs much cooler than that. If inflation really was running close to 6%, all bets would be off, and both stock and bond investors would need to re-value their holdings. And those values would all run lower than todayâ€™s prices — much lower in many cases.

Now you understand why the markets were spooked this past week. The ripple effects of higher interest rates could prove too much to overcome, and the U.S. economy would re-adjust in ways that most would not enjoy very much, economically speaking.

But hereâ€™s a big problem for â€˜â€™core inflationâ€™â€™ proponents: inflation really is running at close to 6% now, and yet by other measures, itâ€™s closer to 10%! How do I know that?

As it turns out, many others also know this, and now you do, too! Subscribers to John Williamsâ€™ excellent web site www.shadowstats.com can read each month how he applies the same methodology used by government accountants during the 1980s to arrive at that 6% figure. Speaking realistically, can anyone really experience increasing gasoline prices to over $3.00/gallon, rising food prices, soaring health care costs or rising property taxes and still believe that the cost of living is as low as government sources tell us?

Williams also uses an even older methodology whereby the actual basket of goods bought by consumers stays constant over time, and using that simple measurement shows inflation running closer to 10%. One additional clue that helps bolster his work is growth of the money supply, a number hidden from public view as of March 2006. Williams calculates, as closely as he can, along with others who attempt getting to the truth on this matter, and they seem to agree that money printing has gone parabolic in recent years and is now rising at about the 13% range over the past year.

So how can we see such a huge increase in supply without noticing its value eroded over time? I am sure that economists reading this column could offer a list of items that have not shown value decline when supply rose sharply, but as a general rule, this is a pretty reliable rule, especially over time.

What would inflation rates of nearly 10% mean for our economy? Maybe itâ€™s better that we donâ€™t think about it, right? Maybe itâ€™s better that our leaders at the Fed and economists featured in the financial media lie to us. Knowing the truth could spark a major sell-off in stocks and bonds and make that fresh $2 billion/day coming from foreign lenders a very expensive proposition. Talk about inflation!

The major problem with inflation now is that itâ€™s becoming too obvious to deny, and rates are headed higher. Sure, the Fed can lower short-term rates to try influencing the bond market. But long-term bonds already in the market will show prices according to what the market views as closer to the true rate of inflation. Basically, we are painted into a fiscal corner.

This should prove to be a very interesting time for investors. 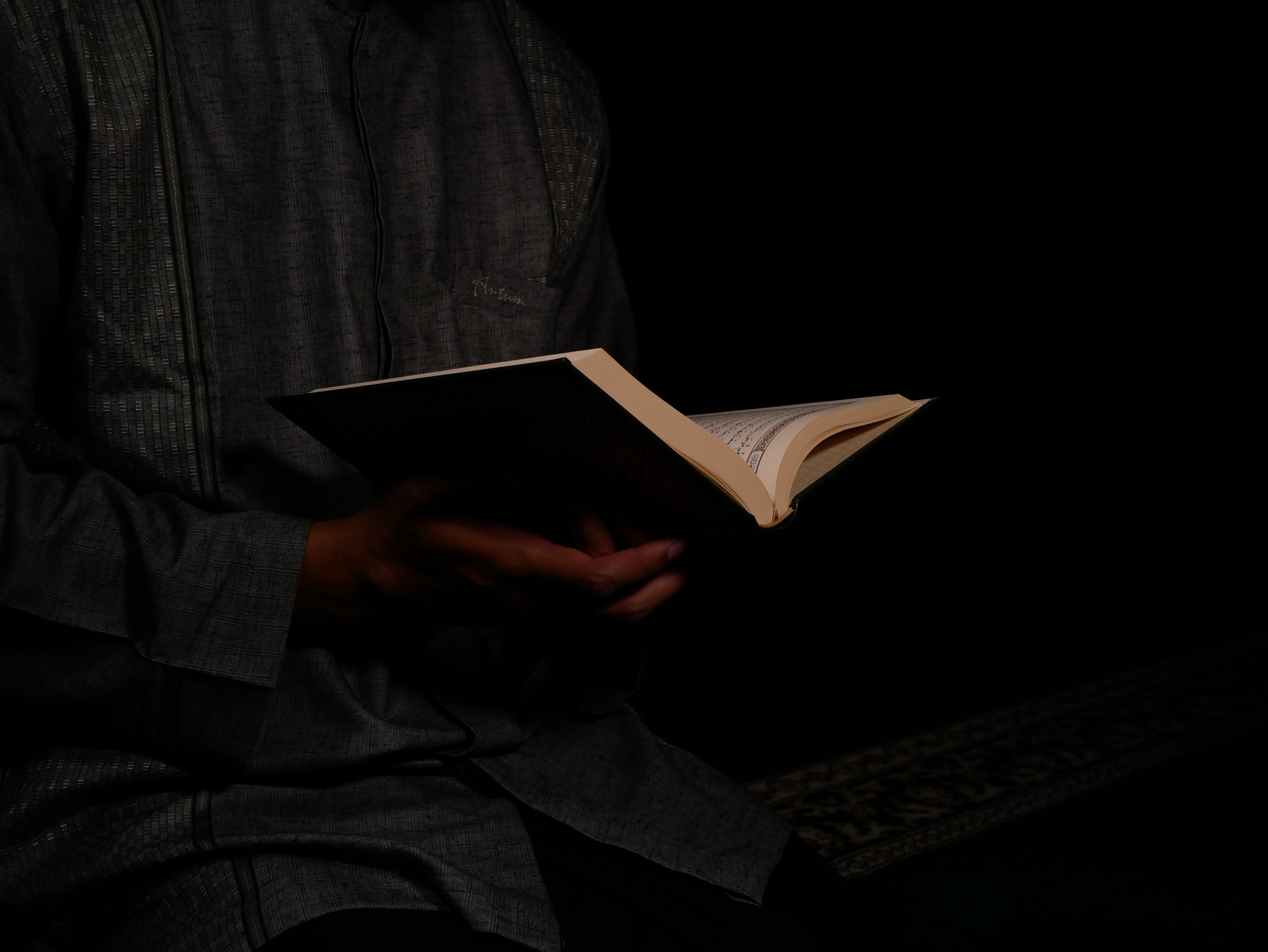