The last time Muddassar Ahmed and I had dinner, we did not talk about overthrowing, infiltrating or undermining any governments. Least of all our own. This admission might come as a surprise to some folks. Amazingly—at least to them—I don’t know a single Western Muslim who has the least interest in anything but service to his country, principled and democratic opposition, or a life of quiet dedication to family and community.

And I know a lot of Muslims.

Muddassar and I had delightful Levantine food far too late at night, as would befit an outing in Dubai. We sat on traditional Arab couches, reclined and stared into the desert night, far from the bioluminescent towers that elsewhere dominate the sky. We caught up on our lives, on family, on what we’d been reading, what concerned us and what gave us hope. Though he is British and I am American, we had come to see just how much we had in common.

We’d come of age inside Muslim communities, but rapidly outgrew what institutions we’d found, and began to cobble together our own. It’s a story many Western Muslims, especially those of us of recent immigrant origin, can tell you, proudly and excitedly. Because it’s a hopeful narrative, an arc of entrepreneurship, maturation, and discovery, though, like any other tale, it can be contorted beyond recognition. That’s what Andrew Gilligan’s condemnatory screed, “Islamic ‘Radicals’ At the Gates of Whitehall,” accomplishes.

Stop me if you’ve heard this before (you have): Pundit argues Muslims are secretly infiltrating our government, to enforce an Islamist agenda, which our security agencies, government at large and press are not only too daft to see, but happily conniving in. Unless we take notice, he warns, we’ll wake up one morning in hijabs and beards, forced to suffer the rule of Shari’ah. Pundit couldn’t define Shari’ah if you gave him a time-out and a hotspot.

Gilligan names the very same Muddassar Ahmed as one of these Islamic radicals infiltrating Whitehall, accusing Mr. Ahmed of anti-Semitism and Islamism, among other sins. I do not write to defend Muddassar because I know him or, more damningly, because I know his work, or because Muddassar has publicly and clearly talked about where he stands today and why, or because the same treatment has been given me. Rather it’s because this kind of treatment of prominent Muslims is so common as to become trite and – oh yes – boring.

No matter how much we grow, evolve, and move forward, they don’t. Maybe they can’t. Which makes what I want to do that much easier.

We’re always hearing ourselves explained, analyzed, and condescended to, by other than ourselves. Yet do we think to provide our own analyses of such misrepresentation, bigotry, and fear-mongering. Not just because it happens to us, but because it’s a public service announcement of the best kind. The greatest threat to Western democracy happens to be the kind of hapless pseudoanalysis that has overcome meaningful public conversation, and replaced debate with insinuation. Here’s five ways in which it’s done, again and again and again.

“Now,” Gilligan warns us, “Islamic radicals” are infiltrating centers of power—at least, and here’s the key, “according to one Muslim leader.”  Yes, one. The ideologue relies on a minority, if not a singularity, because only such hyperselectivity can sustain his nonsensical contentions.

The Islamophobe aims to reveal to us the secret and disturbing truths about Islam by way of persons almost no Muslims would recognize, let alone consider trustworthy, such as Maajid Nawaz—who’s got a book coming out with Sam Harris (enough said)—or Anjem Choudary, who no sane person takes seriously.

Not exclusive to Islamophobia. ‘According to this one climate scientist,’ the right-wing ideologue takes care to inform us, ‘the evidence for climate change isn’t conclusive.’  This is called fair because unbalanced. They certainly take this 1% business overly seriously, no?

Bonus points for racism: Only Islamophobes can parse which Muslims are trustworthy and which are suspect. No matter what Muslims say or don’t say (see III), they alone can determine intention. We might as well say nothing, because anything we do say will be used against us.

“According to one Muslim leader” – quoting Gilligan again – Muslims are making conspiratorial moves. Those of us within the Muslim community know we are overwhelmed by lowly shoe racks, whereas otherwise apparently intelligent people are convinced we act with a degree of foresight more befitting a Bond villain. Ever notice how there’s no Muslim Bond villains?

During the peak of the Shari’ah law madness in America, a large number of Americans seemed especially concerned that fellow Americans of the Muslim faith not only wanted to take over, but would start in places like Oklahoma. Because that makes sense, right? Oklahoma, unlike California and New York, being vital to the American economy. (Sorry Oklahoma, I’m sure you’re nevertheless wonderful.)

Islamophobes are all about exaggeration and hyperbole, peddling absurd and impossible narratives grounded in zero evidence. This is precisely why we should never listen to them—when they’re right, it’s only accidentally, and when they’re wrong, they cause grievous harm. Benjamin Netanyahu couldn’t stop pushing for America to stop Iraq, and now he can’t stop talking about ISIS.

Either he doesn’t care about the causation, doesn’t understand it (more worrying), or likes it (even more worrying.)

Works both ways. I’ve heard Muslims seriously argue Jews control the world, because they read it in The Protocols of the Elders of Zion. When I pointed out it’s a fraud, one gentleman said, ‘Yes, but it still makes good points.’

Gilligan describes Ahmed as ‘a former senior activist’ in ‘an extremist and anti-Semitic militant body,’ by which he means the Muslim Public Affairs Committee (MPACUK; no relation to America’s MPAC). Except that Ahmed rejects that narrative—in fact, he has encouraged cooperation between Muslim and Jewish leaders, not only in the United Kingdom but elsewhere.

Gilligan admits Ahmed’s change of heart, then acts like it never happened. Islamophobes don’t believe either Muslims or Islam can ever change. Do you know who else agrees with them on this? Radical Muslims. That’s because they are spitting images. Bigotry has less to do with ethnicity, or religiosity, than with personality.

If Andrew Gilligan was born to a Muslim family, he’d be the exact same person he can’t stop warning us about today, and someone else would be Andrew Gilligan, singling out the Muslim Gilligan out as representative of the real dangerousness of all Muslims. Somehow I’d still get blamed.

I support the right of right-wing evangelicals to build churches, even if I strongly disagree with their cultural and social positions. It’s called democracy. Or it should be. Except Gilligan’s democracy would be far more parochial and narrow, excluding not just violent extremism (entirely correct) but also ‘non-violent extremism.’  I don’t know what that means, except it portends disaster.

Who determines what is peacefully extremist. And to what ends?

Islamophobes betray themselves when they accuse Muslims of opposing democracy. What they really can’t stand is the idea that people with different perspectives might not only cherish their democracies, but wish to be a part of them, and then become a part of them. We’ve done that, we’re doing that, and we’re going to keep on not going anywhere but forward.

As Nafeez Ahmed notes in a devastating and powerful essay, there is a far more serious threat posed to British and Western democracies generally, from respectable extremists—who are not just trying to penetrate Whitehall, but already have. Unlike Gilligan’s essay, Nafeez’s (no relation to Muddassar) is strongly sourced and genuinely scary. It makes you wonder, too.

What makes Islamophobes tick? What keeps them going? Maybe they need the threats to keep themselves in business. Maybe they have only this one idea, and nothing else and no one else to talk about. Even when it’s proven wrong, they’ve got nothing else to fall back on. So they keep doing what they’ve done, pointing to the same disproven arguments, using the same outdated statements.

The rest of us have more important things to do. 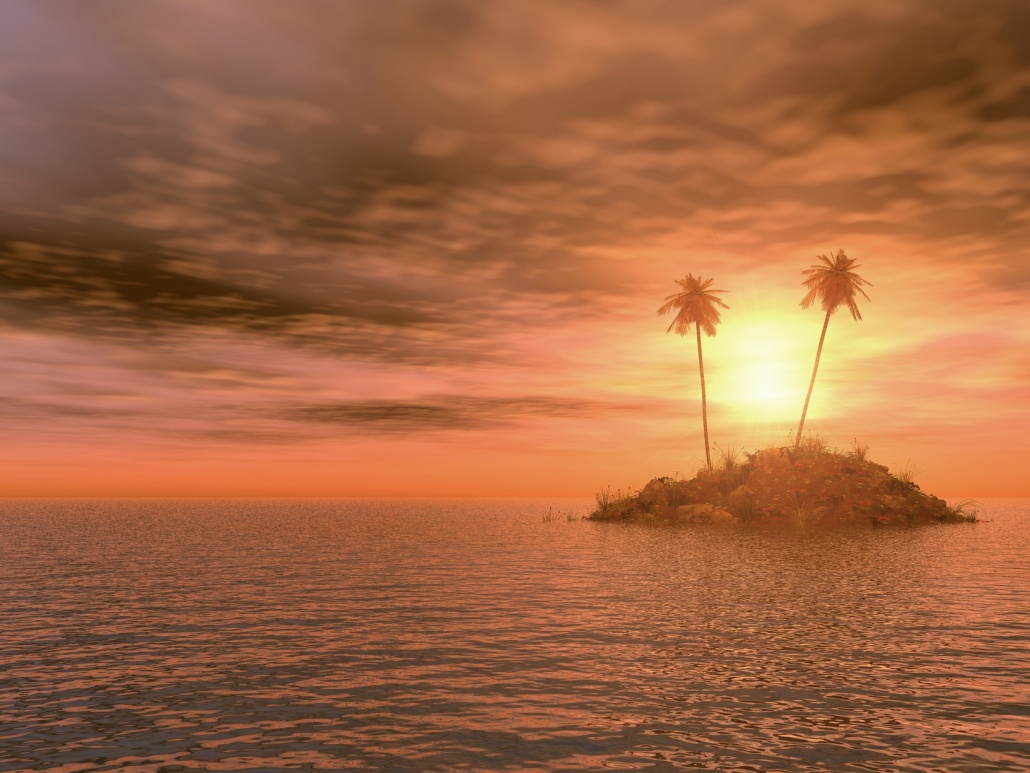 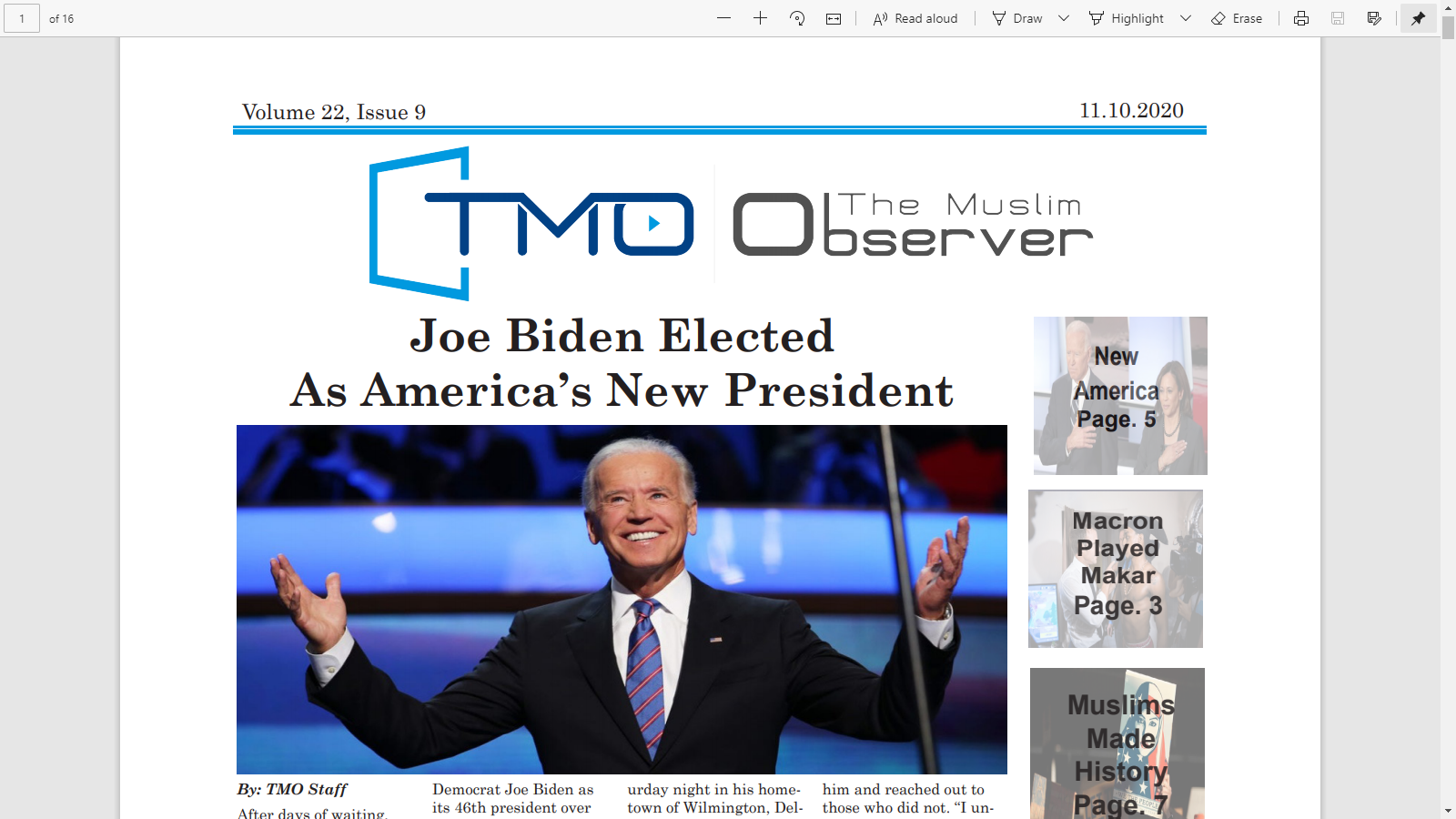 Should you choose gluten-free food?
Scroll to top