3 Muslim Clerics Barred from US Flights

WASHINGTON, USA – Three imams including a US-born Muslim bound for a conference on Islamophobia were kicked off US domestic flights out of security fears, clerics and an airline said Saturday.

Two imams boarded a flight from Memphis, Tennessee to Charlotte, North Carolina on Friday only to have it return to the terminal so they could be put through â€œadditional screening,â€ said a spokesman for Atlantic South Airlines (ASA), the Delta Connection airline operating the flight.

â€œWe take security and safety very seriously, and the event is currently under investigation,â€ said spokesman Jarek Beem, adding that the men were put on the next available flight.
ASA is investigating the incident, â€œand we sincerely apologize for any inconvenience that this may have caused,â€ Beem said.

US-born imam Al-Amin Abdul-Latif of Long Island was barred from boarding an American Airlines flight from New York to Charlotte late Friday and told to return to LaGuardia airport for a morning flight Saturday, only to be refused boarding again, without explanation, his son said.

â€œThis morning we get to the airline, and the ticket agent told my father that the airline does not want him to fly. Those were her exact words,â€ Abu Bakr Abdul-Latif told AFP.

â€œThere was nothing he could do,â€ said the son, who traveled on to the Charlotte conference without his father.

Masudur Rahman, a permanent US resident from India and former Memphis imam who teaches Arabic at the University of Memphis, said he and another cleric, a US permanent resident from Egypt and dressed in a shoulder-to-ankle Islamic robe, were pulled off ASA flight 5452 and cleared through new security checks.

â€œBut when we went to re-enter the plane, the Delta supervisor said â€˜Sorry, the pilot is not allowing you to enter,â€™â€ Rahman told AFP.

Delta negotiated at length with the pilot, noted Rahman, who said he was told that â€œsome passengers might be uncomfortableâ€ with their presence on the plane.

â€œI think they were obviously upset to the extent that they were inconvenienced, but, you know, they understand whatâ€™s going on in the world and particularly in the heightened sensitivities after the death of Osama bin Laden,â€ Ibrahim Hooper of the Council on American-Islamic Relations told CNN.

Bin Laden, the Al-Qaeda chief who orchestrated the September 11, 2001 attacks on the United States was killed Monday by US commandos in a daring raid deep inside Pakistan.

Al-Qaeda acknowledged their leaderâ€™s death, and has vowed revenge on America for the killing.

The imams were heading to the North American Imams Federation conference entitled â€œIslamophobia: Diagnosis and Treatment.â€ 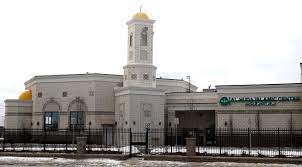 Why some conservative Christians like Donald Trump
[caption id="attachment_20515" align="aligncenter" width="800"] Republican 2016 U.S. presidential candidate and businessman Donald Trump leaves the stage at the end of…