I was driving a girlfriend to her house when my son Shaan called me from high school on my cell phone. I had him on speaker, so his anxious voice reverberated around the inside of the vehicle for us both to hear: “Mama, can you please be sure to pick me up exactly at three? I need to make it home in time to pray my Dhuhr (afternoon prayer) and I don’t want to risk missing it.”

After I assured him more than once that I wouldn’t be late, I hung up and found my friend staring at me with a quizzical look on her face.

“Explain that to me,” she said.

“Explain what to you?”

“How the heck do you get a teenage boy in public high school to actually care about not missing his prayer?”

It is a question that I’ve been asked more than once, and there has never been a simple, easy answer to give. The quickest and most honest one is to frankly admit that all guidance is a blessing and a mercy from God and none of us are in any real control of what our children choose to take — and not take — from our teachings.

But let’s face it — we all know that’s not what parents want to hear (even if they know it’s the truth). Parents are looking for tips and advice, some kind of handbook to follow, a checklist of do’s and don’ts. The fact of the matter is that saying “Tell me what else to do besides pray about/for it” is a false premise to begin with — every success is dependent first and foremost upon prayer for that very success. For the purposes of this article, however, I went ahead and asked my kids what they think has helped make prayer a priority for them in their lives, and I informally interviewed some friends to get their insights as well. Here’s what has worked for our families so far, and we hope that our experiences may help others in turn, insha’Allah (God willing).

1) For God’s sake (literally), leave those kids alone for the first 7 years!

There is a reason God has not made prayer incumbent upon children — what baffles most adults is trying to figure out how they are supposed to take the spiritual souls that have been placed under their care and then successfully prepare them for the lifelong duty of praying five times a day once their physical bodies have attained puberty. The responsibility on parents is no joke, and some of them can crack under the pressure.

In the early years, children should be allowed to join and leave the prayer at will, letting themselves get acclimated to the motions and the sensations of the ritual prayer at their own pace. Praying with the family should be an enjoyable experience — one that kids can partake in (or not) as much as they desire. Their association with prayer should be one of sweetness. I know one father who has all of his children share their duas (supplications) aloud one by one after the prayer is over so that everyone can join together in asking Allah (subhana wa ta’ala) to grant their siblings’ wishes. Once the duas are over, the kids often dissolve into tickling and wrestling matches while the father finishes up his supererogatory prayers on his own. Kids can be taught the basic adab (etiquettes) of prayer from an early age — i.e. being mindful of not walking in front of people while they are praying and resisting the urge to make loud, obnoxious noises while others are engaged in worship — but these guidelines about the prayer are all related to respectful consideration towards our fellow Muslims; as far as these little Muslims themselves are concerned, no one should be demanding any personal obligations of them just yet!

2) Make the initiation into prayer a celebration to remember!

When each of my boys turned 7 years old, I bought them beautiful journals which I gave to my friends and family to fill with inspiring messages about prayer. A few of my more “crafty” friends went all out and used their art supplies to create elaborate 3-D cards complete with embossed ink and sequined beads. My parents and my in-laws each wrote messages to their grandsons, sharing their hopes and wishes for their futures with them. Older cousins wrote about how prayer helps them in good times and in bad; aunties and uncles gave advice on what helps them get through “prayer slumps” which — if we are truly honest — are bound to come in one’s life at some point or another. I remember my husband Zeeshan getting teary-eyed as he read his message aloud to our middle son Ameen. The general theme was one of encouragement and excitement. It’s been almost 10 years since I put together those gifts for my older two sons, and even now, I will sometimes catch them perusing their Prayer Books with smiles on their faces as they read the heartfelt messages to themselves.

When I asked Shaan why he is committed to his prayers, he said, “It was the last thing the Prophet (salallaahu alaihi wasallam) told us to hold onto; he was talking about it right up until the point he passed away. How can we ignore that? How important must prayer be if he (peace be upon him) was reminding us about it even with his last breaths?”

If children are taught the seerah (biography of the Prophet Muhammad) and Islamic history, they will learn that our pious predecessors performed their prayers even in the middle of a battlefield, even when they were ill and dying, even when they were being harassed and humiliated. They learn that missing a prayer just isn’t an option for anyone who has taqwa (God-consciousness).

Prayer should not be allowed to become a series of robotic yoga-like motions devoid of meaning or purpose. Zeeshan and I have been forthright with our kids and confessed to them that there will be times when prayer might feel like an inconvenient, rote duty that just needs to be discharged — and they may find themselves feeling disillusioned and disheartened when those thoughts come to them — but, nevertheless, the canonical prayer is never to be abandoned, no matter how ambivalent one might be feeling towards it in that moment.

“We worship Allah with our minds, bodies, and souls,” I remind my children. “If our minds and souls aren’t ‘into’ prayer for some reason, we can at least force our bodies to obey Him. And then we pray that He will eventually lead our minds and souls to follow our bodies in joy and submission as well. Allah is the One Who is in charge of our hearts. He can turn us to Him at any time He wills. We just have to make sure that we’re not the ones who’re turning away first.”

5) Set them up for success.

We make sure to equip each of our cars with what I like to call “a prayer pack” — a small knapsack that contains a clean prayer mat, a bottle of water for wudu (ablutions), a squeeze bottle for istinja (ritual washing of the private parts after using the toilet), a compass for ascertaining the Qibla (direction of the Ka’aba in Makkah for prayer), and a prayer garment that will cover any woman who is in need of one. Before smart phones arrived on the scene, I used to keep a print-out of the month’s prayer timings in the pack as well. This prayer pack ensured that I didn’t need to worry about whether I had the ability to fulfill my prayers properly and on time or not.

6) Aspire to be what you want them to be.

No one recognizes hypocrisy quicker than a child. The truth of the matter is that you can encourage and teach a child to pray all you want, but if you’re not going to pray, the chances are highly likely that he/she’s not going to pray either. And letting a child witness that you pray isn’t always enough either. What about how you pray? Are you rushed and distracted? Do you drag your feet when the prayer time comes in? Are you nonchalant if you miss a prayer? I know of an adult who remembers his own father weeping when he once missed a prayer, and that reaction made more of an impression on him about the importance of prayer than all the lectures in the world ever could. 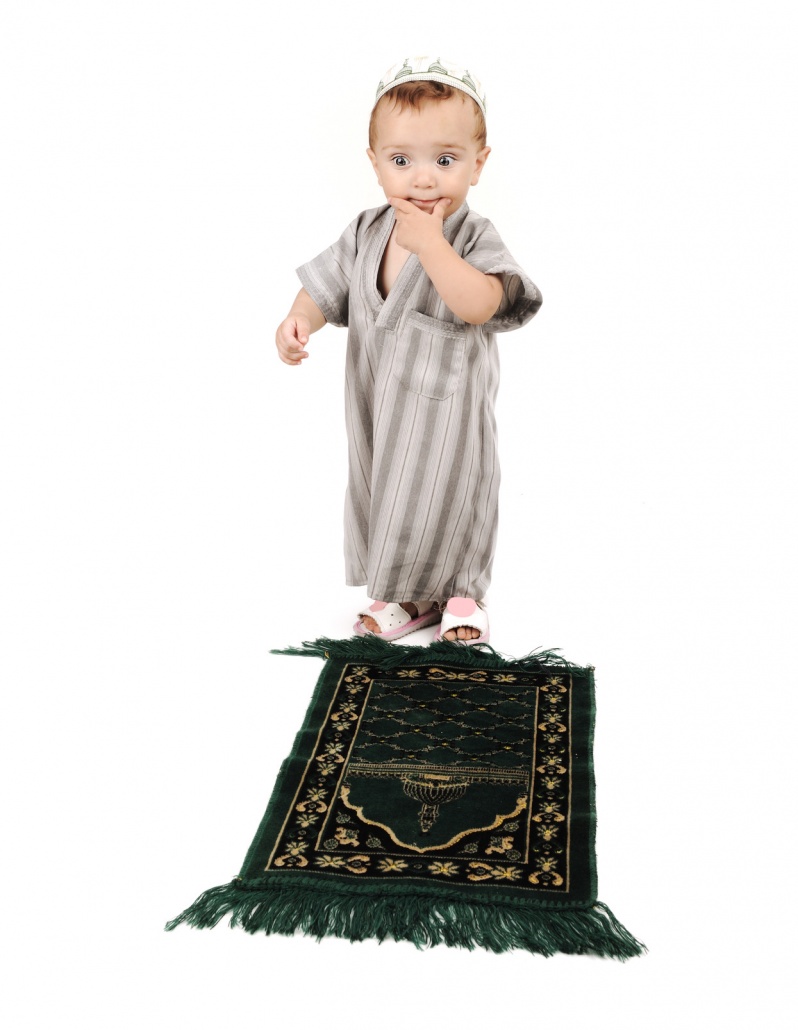 The Money that Prays

© 2020 MuslimObserver.com, All Rights Reserved
US Muslims demand protection after threats