Aasif Mandvi stars in “Halal in the Family”, a YouTube series.

The opening shot of its star chugging a 2-liter of “pork juice” might be the first clue that “Halal in the Family” isn’t exactly the featherweight sitcom it appears to be.

Instead, this Web-only miniseries is a concerted effort by advocacy groups, nonprofits and one big Comedy Central comedian to do for Muslim-Americans what “The Cosby Show” did for African-Americans in the 1980s: combat negative stereotypes and show other Americans that they are “just like us.”

“We wanted to talk about issues that affect Muslim-Americans and we wanted to use a context that people can access, so we came up with a parody of a sitcom,” said Aasif Mandvi, the show’s co-creator, star and writer who’s best known as the “Senior Muslim Correspondent” on Comedy Central’s “The Daily Show with Jon Stewart.”

“We are trying to point out the absurd lengths this family will go to to seem all-American,” he said.

So far, there are four “mini-episodes,” each about six minutes long and centered on a single issue that confronts Muslim-Americans:  government surveillance, suspicion of terrorism, bullying and not being “American enough.”

“People who watch Fox News all the time think all Muslims are ISIS,” Mandvi said. “That is not their fault, they just consume Fox News and if you do that, that is what you are going to come away with. Then there are a lot of people who don’t even think about it, but this gets them to watch and laugh and maybe think about something they’ve never thought about. That’s what we hope — that it can be mind-opening.”

Mandvi, who describes himself as a cultural Muslim, was born in India and grew up in England and Florida. He said he hasn’t directly experienced the prejudice highlighted in the show but knows other people who have.

“It happens to people who have less power — the cabdriver, the store clerk, the people who are on some level powerless,” he said. “I am very fortunate in that I have a platform on ‘The Daily Show’ and a certain level of celebrity, but there are people who don’t have a platform and can’t speak to this and are powerless.”

Polls of Americans’ attitudes toward Muslims bear this out. A July 2014 Pew Research Center pollfound Americans ranked Muslims at only 40 “degrees” — the lowest slot — on a thermometer of their “warm” feelings toward a religious group. Even atheists got a warmer temperature, at 41 degrees.

“Halal in the Family” makes use of polls like that in an online section that allows viewers to explore the issues raised in the series.

The “Halal in the Family” name is a tip-of-the-hat to Norman Lear’s “All in the Family,” the1970s sitcom that skewered racial prejudices through the lens of Archie Bunker, a Queens cabdriver played with great nuance by Carroll O’Connor. Mandvi’s character — also named Aasif — is as big a bigot as Bunker ever was; when someone mentions Barack Obama, Aasif sneers, “That Muslim?”

But the look of the show and its cast is pure Cosby. “Halal” is centered on the Muslims-next-door “Qu’osbys,” and Mandvi, as the blowhard patriarch, wears a hideous imitation of the ugly sweaters Bill Cosby wore as Dr. Cliff Huxtable.

And it’s funny — not in the after-school-special way of many well-intentioned teaching tools, but in a late-night-comedy-club way.

Mandvi is not the first Muslim-American to fight back with his funny bone. Farid Senzai, a professor of political science at Santa Clara University, tracks Muslim-American comedy and cites the “Axis of Evil Comedy Tour” with Maz Jobrani, Aron Kader and Ahmed Ahmed and Dean Obeidallah’s “The Muslims Are Coming,” among others.

Mucahit Bilici, author of “Finding Mecca in America,” said comedy shows like these are a second-generation phenomenon — a byproduct of assimilation — and a particularly effective “normalization” tool.

“You can talk about rights and liberties, but they don’t have a face,” he said. “Comedy has a face. And if you laugh with another person you cannot see them as your enemy.”

“Halal” started as a sketch on “The Daily Show” several years ago. Mandvi and his fellow writers tossed around ideas, including a half-hour network sitcom or a film. But Mandvi’s main goal for “Halal” was always to bash stereotypes — and make people laugh in the process — so a Web series seemed the best fit.

The series got a boost earlier this year through an Indiegogo campaign that raised almost $40,000 for production costs — almost twice the original goal. It had input and support from a variety of nonprofit, Muslim advocacy and community groups, including the ACCESS/National Network for Arab American Communities, Auburn Seminary and South Asian Americans Leading Together.

Mandvi turned to Moore and Associates, a communications firm that has promoted the comedy-advocacy projects of celebrities including Sarah Silverman and Samuel L. Jackson, to spread the word.

Mik Moore, a strategist at Moore and Associates and an associate producer of “Halal,” said it was “a deliberate choice” to target as many Muslim-American stereotypes as possible in the show’s four short episodes.

“I think having a baseline of a strong sense of affinity to a particular religious community by a comic is critical to allowing the comedy to work,” he said. “You can tell jokes about something you know intimately because you are a member of the community and you have insights into the hypocrisy of the community while maintaining a level of affection for it as well.”

Mandvi notes that satire has a long history of prompting change. And while he says there may be a network version of the series in the future, for now he is very happy with the response to the Web series. It has been critically well-received and the response from the Muslim American community has been “overwhelmingly positive,” he said.

“I don’t think we are going to change the world with these four little bite-sized sitcom episodes, but we can promote a conversation,” he said. 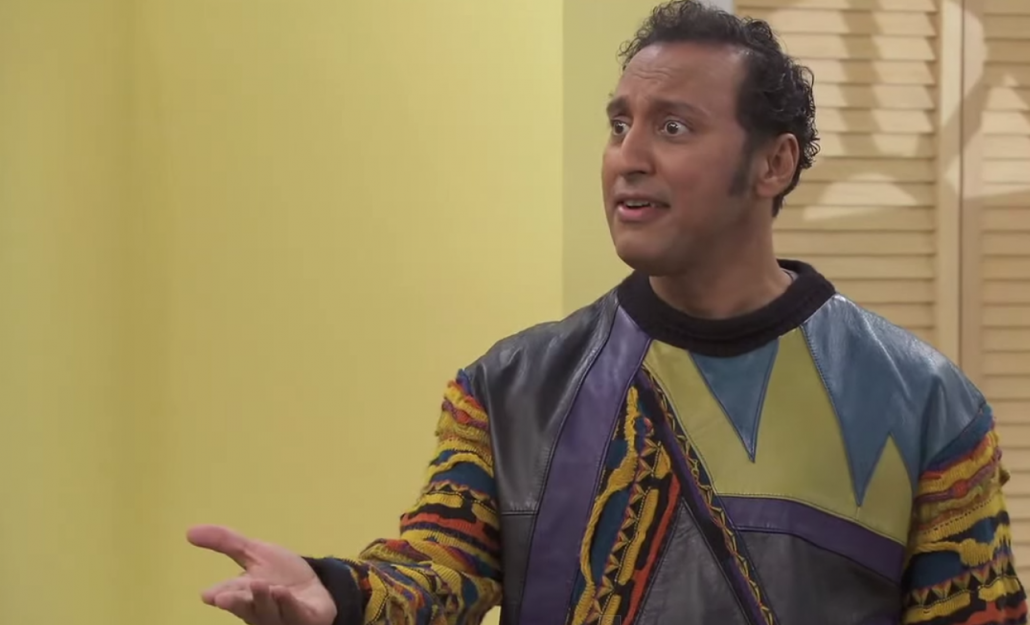 © 2020 MuslimObserver.com, All Rights Reserved
Six tips to guide children to the straight path of prayer