Why Poverty Spreads Across America

Pockets of poverty, like the sores of some malignant disease, are spreading across America, as its states and cities go broke and bankrupt.

â€œCamden, New Jersey, stands as a warning of what huge pockets of America could turn into,â€ The Nation magazine reports in its Nov. 22nd issue. In fact, it has already happened, it is happening all over, and there is no signal on the horizon that poverty and blight will not continue to spread. It is not that Americans are lazy and shiftless; rather, they are reeling from betrayal—for they have been betrayed both by their employers, who have shown not an ounce of loyalty to their work forces, and they have been betrayed by their Federal government, which has lied the nation into costly criminal wars.

â€œCamden is the poster child of postindustrial decay,â€ writes Chris Hedges, the former foreign correspondent for The New York Times. â€œIt stands as a warning of what huge pockets of the United States could turn into as we cement into place a permanent underclass of the unemployed, slash state and federal services in a desperate bid to cut massive deficits, watch cities and states go bankrupt and struggle to adjust to a stark neofeudalism in which the working and middle classes are decimated.â€ In an article titled â€œCity of Ruins,â€ Hedges reports that 70 percent of Camdenâ€™s high school students drop out, that the cityâ€™s unemployment rate is probably 30 to 40 percent, and that its dangerous streets â€œare filled with the unemployed.â€

What is thriving in Camden is prostitution, the drug trade and crime. â€œThere are perhaps a hundred open-air drug markets, most run by gangs like the Bloods, the Latin Kings, Los Nietos and MS-13,â€ Hedges writes. â€œKnots of young men in black leather jackets and baggy sweatshirts sell weed and crack to clients, many of whom drive in from the suburbs. The drug trade is one of the cityâ€™s few thriving businesses…Camden is awash in guns…â€ (and) in 2009 had the highest crime rate in the nation with 2,333 violent crimes per 1,000 population vs. a national average of just 455, Wikipedia reported.

High poverty rates, of course, stem largely from persistent, structural unemployment. As the Washington Post reported last January 15th, â€œBlacks, Hispanics and men have suffered the most mainly because they have been disproportionately employed in sectors hardest hit in the recession — manufacturing and construction. For instance, the unemployment rate for blacks is expected to reach 27 percent in Michigan, which has been shedding auto industry jobs. Other states with jobless rates above 20 percent for blacks are Alabama, Illinois, Ohio and South Carolina.â€

Where the New Dealâ€™s Work Projects Administration(WPA) alone in the Great Depression created 8-million new jobs, nothing of that scope exists today. The same Post article notes, â€œThe Congressional Black Caucus wants the government to create training programs and jobs in low-income communities with the highest unemployment rates.â€ â€œItâ€™s like triage in an emergency room — you take care of people who need the most help first and you help the others later,â€ said Kai Filion, research analyst at the Economic Policy Institute. Economic losses, the analyst said, could result in a 50 percent poverty rate for black children, up from 34 percent in 2008. While statistics defining the plight of African-Americans make for grim reading, it should be remembered that the majority of Americaâ€™s unemployed are Caucasian and that the real unemployment figure according to some authorities is 20 percent, not the 10 percent reported by Washington.

It is hardly accidental that cities with high unemployment rates also have high crime rates. In terms of violent crime, as FBI statistics for calendar year 2009 show, Detroit, noted above to have the highest poverty rate, also has the most violent crime per 1,000 citizens, with 19.67 cases. Other major cities are (2) Memphis, 18.06; (3)Oakland, 16.79; (4) Baltimore, 15.13; (5) Buffalo, 14.59; (6) Cleveland, 13.95; (7)Kansas City, 13.00; (8) Stockton, 12.67; (9) Washington, D.C., 12.65; and (10), Philadelphia, 12.38. As Sir Thomas More wrote in his classic Utopia, published in 1516: â€œYou allow these people to be brought up in the worst possible way, and systematically corrupted from their earliest years. Finally, when they grow up and commit the crimes that they were obviously destined to commit, ever since they were children, you start punishing them. In other words, you create thieves, and then punish them for stealing,â€ Could he have better explained Americaâ€™s 2.3-million prison population today?

In Camden, there isnâ€™t a single inner city supermarket that can put ghetto kids to work at an honest job after school and weekends but reporter Hedges says there are plenty of drug markets. Often, the only job a teenager can land is one on the staff of the local drug lord. The other employment choice for ghettoized youth is the military. While Pentagon recruiters strongly deny they target low-income neighborhoods, a careful reading of the home towns of those reported killed in the Middle East may well cast doubt upon this contention. Camden once was a significant manufacturing hub but those days are long gone. In many communities, major employers abandoned their workers with no compunction (and often without deserved pensions), automating employees out of their jobs. Other employers, as in Detroit, simply relocated their plants overseas entirely. The idea of a prosperous work force based on a vibrant local economy to underpin â€œthe American Dreamâ€ got lost in the race to maximize corporate profits. In Trenton, N.J., the sign on a bridge across the Delaware River, â€œTrenton Makes, The World Takes,â€ is the boast of a bygone era. Reduced employment means reduced purchasing power and reduced tax take for local governments. This year, according to The Christian Science Monitor, California faces a $20 billion budget gap. It has already resorted to â€œmandatory furloughs for all state workers, teacher layoffs, (and reduced) aid to the university system 20 percent, (and made) massive cuts to education, corrections, and social services.â€ This grim picture is mirrored everywhere. The rising unemployment in New York Cityâ€™s workforce, for example, has worsened its budget crisis, Financial Times reported Nov. 22nd.

At the same time, U.S. corporations continue their race to the bottom for cheap labor. Cable News Networkâ€™s â€œExporting Americaâ€ broadcast listed hundreds of â€œU.S. companies either sending American jobs overseas or choosing to employ cheap overseas labor instead of American workers.â€ A very small fraction of the companies on CNNâ€™s list are reprinted in the following three paragraphs to convey some idea of the enormity of the indifference of employers for their workers:

Why hasnâ€™t the Obama administration taken swift and forceful action to relieve the situation, perhaps even to launch the Domestic Marshall Plan for the cities the Urban Leagueâ€™s Whitney Young called for as far back as 1962? Perhaps itâ€™s because like President Bush before him Mr. Obama is more focused on waging war. Here, again, Sir Thomas More speaks to us: â€œTo start with, most kings are more interested in the science of war…than in useful peacetime techniques. Theyâ€™re far more anxious, by hook or by crook, to acquire new kingdoms than to govern their existing ones properly.â€

This, of course, applies perfectly to Americaâ€™s kings, for not only have our presidents assumed the powers and prerogatives of kings but they have, in fact, acted no better than medieval kings, waging wars with armies raised from the poorest strata of society and spending lavishly to conquer while ignoring their own citizenryâ€™s cries for bread and opportunity. Put another way, the Pentagon is spending more money for war (52 cents of every tax dollar) than all 50 states combined spend for all purposes to improve the lot of 300 million Americans. In their book, â€œThe Three Trillion Dollar Warâ€(W.W. Norton), Joseph Stiglitz and Linda Bilmes write, â€œA $3 trillion figure for the total cost strikes us as judicious, and probably errs on the low side. Needless to say, this number represents the cost only to the United States. It does not reflect the enormous cost to the rest of the world, or to Iraq.â€ (Stiglitz is former chief economist at the World Bank and a Nobel Prize laureate and Bilmes is a public policy authority at Harvard.) Given the warsâ€™ colossal and criminal waste of human life and treasure, it is little wonder states and cities the nation over are starved for income, record numbers of homes are being foreclosed, and soup kitchens are reporting a rising influx of patrons, many of them bewildered former members of the shrinking middle class.

This situation has pertained in America now for several generations. Before Iraq and Afghanistan there was the Viet Nam aggression. Democratic presidential candidate George McGovern attempted to make the connection between war abroad and hard times at home when he said, â€œFor every bomb that falls in Viet Nam a house somewhere in America collapses from neglect.â€ McGovern was defeated by incumbent Richard Nixon in a landslide. It is apparent from the recent elections that Americans today, just as in the national election of 1972, do not grasp the reality of the terminal disease that is war. They do not recognize how it is driving them relentlessly into poverty while sacrificing their children like some primitive culture on the altar of the military-industrial complex to ensure a profitable harvest from their blood.

(Sherwood Ross is director of the Anti-War News Service of Coral Gables, Fla. His prior experience includes work as a reporter for the Chicago Daily News, as a â€œworkplaceâ€ columnist for a wire service, and as News Director for a major civil rights organization. To comment or contribute to his News Service reach him at sherwoodross10@gmail.com)

Successful Demonstration for Freedom in Syria and Libya 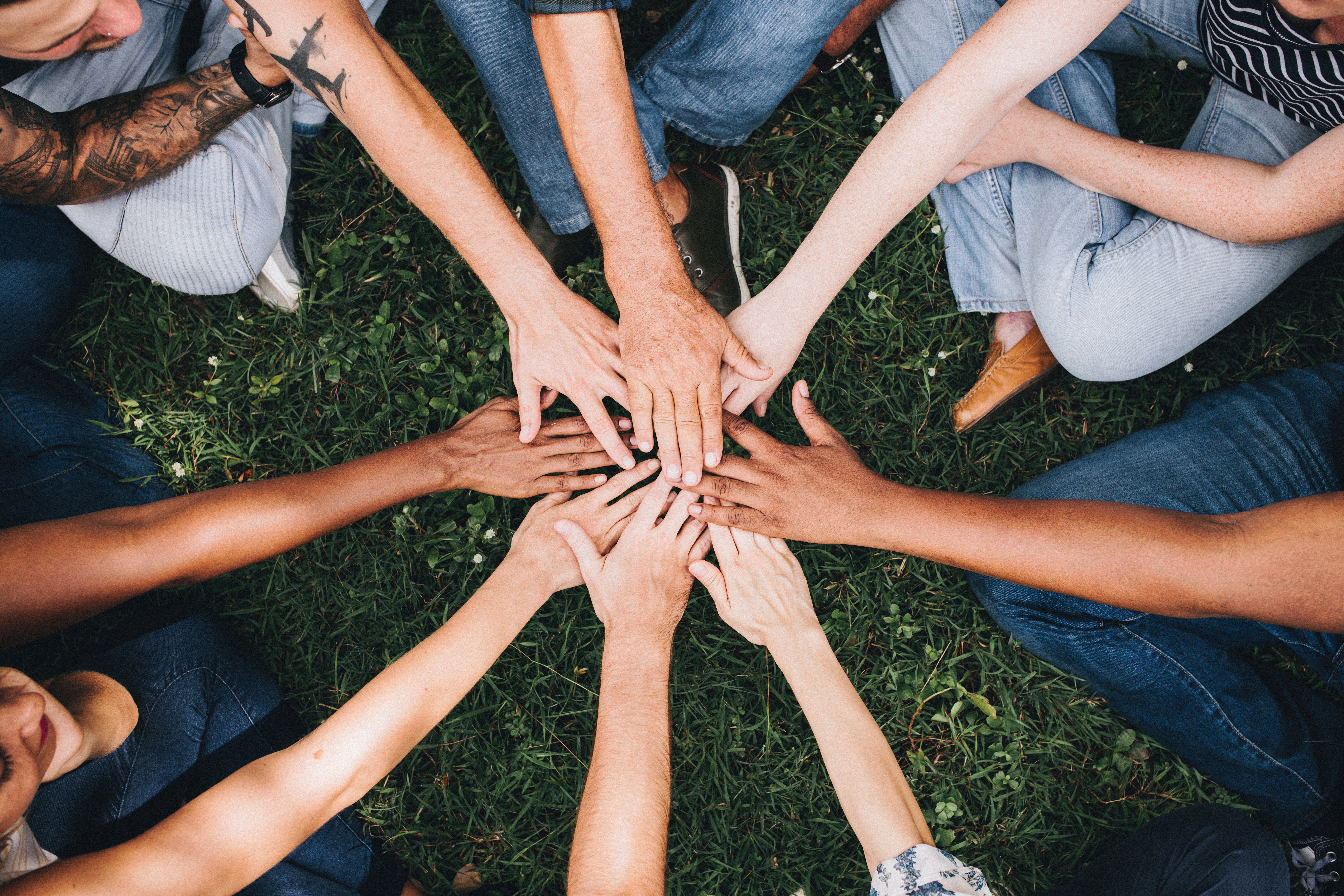 A Presentation on Syria
By Susan Schwartz, TMO The Levantine Cultural Center in Los Angeles presented an outstanding event on Syria and the Syrian…

© 2020 MuslimObserver.com, All Rights Reserved
The Specter of Defeat Haunts Lisbon Pakistani Journalist Upset by Bush’s ‘Plagiarism’ of his ...
Scroll to top