Why Guns Are Blazing Again on Indo-Pak Border

India and Pakistan are at it again, fighting phantoms of an unforgiving past. They spend billions of dollars every year on fancy weapons while their people crave for basics.  And amid all this dangerous chaos on the border and the war of words between Delhi and Islamabad, few care to remember that the neighbors between themselves share a pile of deadly nukes enough to destroy the whole of subcontinent

Many Pakistan watchers in India, including those ever hungering after a juicy bone or two to tear into the irksome neighbor, are convinced that Prime Minister Nawaz Sharif is on his way out. The latest round of fireworks along the Line of Control and a sudden surge in tempers, resulting for the first time in many years in the killing of many civilians on both sides, is being seen as an explanation.

The view from Delhi suggests that the Pakistan Army and Army chief Gen Raheel Sharif, carefully chosen by the other Sharif after his life-changing experience with his other famous appointee, maybe hoping to use the fun and games on the border to send the third-time elected prime minister packing. It’s being argued that the powerful Pakistani military establishment hasn’t taken kindly to the audacious trial and detention of Pervez Musharraf, a former army chief and president.

The ceaseless shenanigans of our hero Imran Khan and his unlikely bedfellow, the cleric from Canada, with their single-point agenda to drive Sharif out of power are also seen as part of the plot.

More imaginative pundits however see it as an invidious Pakistan’s response to the “spectacular success” of the Narendra Modi road show in America and his clear snub to Sharif at the UN. Modi went to great lengths to avoid the Pak PM in New York while holding endless parleys and photo ops with Saarc lightweights such as Nepal, Sri Lanka and Bangladesh. So Pakistan, in their view, is testing the resolve and strength of the new Indian leadership with this muscle-flexing at the border.

Whatever the explanation, the hyper-ventilating media has found a new cause celebre and grist to the mill in the latest Pakistani “aggression.” Already, parallels are being drawn with Kargil with assorted former diplomats and generals vying with each other to demand a “swift and fitting” response to the pesky neighbor once and for all.

On the other hand, Pakistan has accused India of breaching peace and has lodged a protest with the UN Military Observer Group (UNMOGIP) over ‘unprovoked Indian firing’. It has sought UN help to monitor the ceasefire along the Line of Control that the neighbors drew in sand when they last went to war.

Hundreds of families along the Line of Control have fled their homes.

Amid all this cacophony and war of words is lost the little, insignificant fact that the neighbors between themselves share a neat pile of deadly nukes that is enough to destroy the entire subcontinent. Besides, there are victims on both sides of the divide.

It’s not just the Indians who are burying their dead. It’s the same story on the other side of the border. After nearly a dozen casualties, hundreds of families living along the border on Indian side have fled their homes.  Many Pakistanis have also been caught in the crossfire, even on the Eid day. In the end, it’s not just innocent Indian or Pakistani civilians who are victims of this pointless, mindless, forever war.  Humanity, truth and peace are the casualty.

But then what’s new? India and Pakistan have been here before, again and again. The plot seldom seems to change. Indeed, the predictably unpredictable India-Pakistan relationship can be summed up in six words of the popular lyric: One step forward; two steps back!

The more things change between the two countries that had not long ago been one, the more they remain the same.

No matter who is in power in Delhi or Islamabad, the script of diplomatic charade essentially remains the same.  From their famous encounter at Tashkent to the tense handshakes at Simla and Agra, and from Vajpayee’s historic bus trip to Lahore to the bitterness of Kargil, India and Pakistan have come a long way, yet managed to remain where they had been six decades back, lie forever feuding spouses.

Whatever the explanation for the rising temperatures along the border, it is most unfortunate in an already tenuous equation and couldn’t have come at a worse time. This is almost obscene considering Kashmir is reeling from an unimaginable humanitarian catastrophe, perhaps the worst in living memory. The entire state lies in ruins with many parts of the Valley and thousands of homes still remaining inundated.

But then who cares for Kashmiris? Minus their prized real estate, people are nothing. Yet there had been genuine hopes for peace and thaw in relations when Narendra Modi invited the Pakistani prime minister, along with other Saarc leaders, to his grand inauguration on May 26, which is like less than five months ago.

There was much handshaking and smiling for the cameras at the Hyderabad House. Both Sharif and Modi said the right things to generate positive atmospherics.  Many analysts in Pakistan and India hoped that after the long and dull lull under Prime Minister Manmohan Singh and a timid Congress led by Sonia Gandhi, things would start moving apace under a ‘strong’ leader with impressive mandate.

And yet here we are, back to square one—nearly where we had been after the 26/11 attacks on Mumbai. It’s a vicious cycle.

India and Pakistan go round and round in circles, trying to catch their own tail and forever fighting phantoms of an unforgiving past. Doubtless, Kashmiris have suffered the most in this conflict. But it’s not just the Kashmiris who’re paying for a crime they did not commit. We all are.

Indeed, the whole of South Asia has been paying for the myopia and moral timidity of their leaders.  Handcuffed to history, in Rushdie’s words, India and Pakistan remain prisoners of their past.

The neighbors spend billions of dollars every year on fancy weapons while their people crave for basics.

According to the Oxford Poverty and Human Development Initiative survey, more people are mired in poverty in eight Indian states than found in the 26 poorest African countries. While we pat ourselves for the wondrous feat of Mars mission and multiplying numbers of millionaires, a whopping 421 million of the world’s poorest of the poor live in India today, more than the sub-Saharan Africa.

The picture on the other side in Pakistan isn’t dramatically different. It pretty much faces the same problems – endemic poverty, corruption, skyrocketing inflation, decaying infrastructure and endless power cuts, not to mention the extremist violence.  Healthcare, education and housing are still a luxury for many Pakistanis. Indeed, when it comes to life’s basics, the situation in Pakistan is little different from India. And to think these two countries are blessed members of the elite nuclear club!

Will things ever change? They will, if the politicians have the willingness. And it is ordinary people who can make their politicians muster the courage of conviction. It is long past time Indians and Pakistanis threw away the blinkers they put on when they parted ways some 67 years ago.

It’s time to look ahead–to the future. There is no progress without peace. With the immense natural and human resources at their disposal, India and Pakistan can build themselves a better future and a better world. Peace is possible. Peace is doable. Give it a chance. For, as Shakespeare would advise, the fault is not in our stars but in ourselves. If we change ourselves, we can change the world.

Israel, Hawking and the Question of Boycott 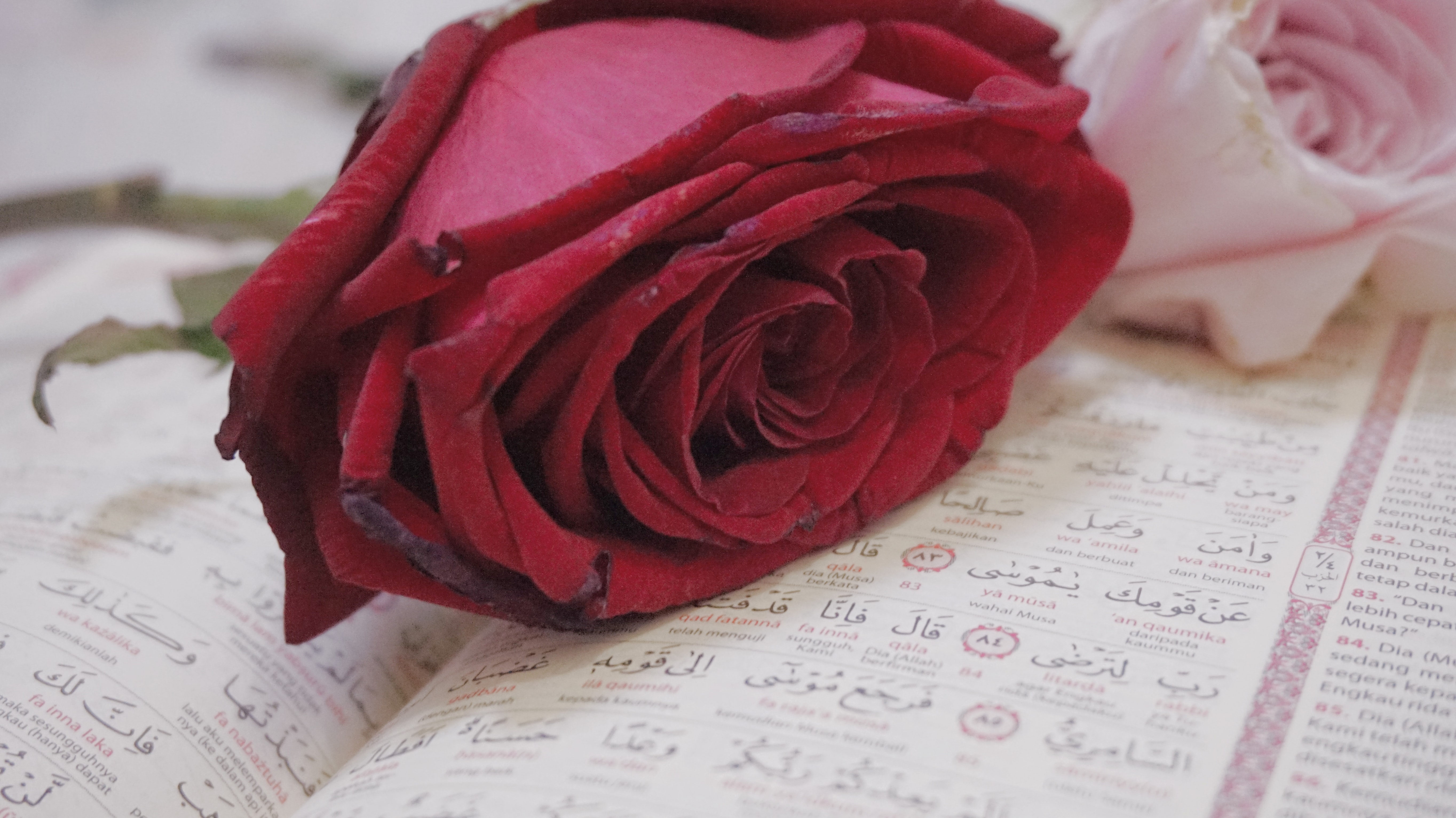 © 2020 MuslimObserver.com, All Rights Reserved
Is the World Still Afraid of Iran? Diplomacy and the Modern World
Scroll to top