I landed in a balmy southern paradise. My carry-on and I escaped the terminal to find ourselves teased with a gentle breeze, an absolutely perfect afternoon, the sun still high enough in the sky that I might have thought it could go on forever. For the drive to the hotel, we had the windows down, the air in our faces. Had I had hair, it would’ve been resculpted. I felt still better because my minder knew himself and did not lie: He left his radio on, not confusing me for some kind of religious presence, some intrusion of God into ordinary life.

His assuredness made me like him and like where I’d be speaking, even though I had no idea about the place. We cruised through a sanitized suburbia, so much spiffier than my New York, down highways we can always find more money for more of. He dropped me off at a hotel that could’ve been a mid-tier golf club from without. But what a lobby awaited within! It was done up in marble, enough to have killed a mountain range for. Sparking clean. Elegant. If you’re going to be away from home, it’s always nice to spend them in a place nicer than home. But home doesn’t lie.

After checking in, I wheeled my baggage past a restaurant that looked purely decorative, a bar that appeared to represent a closed loop just a few feet from the universe, impossible to perceive any means of entry to, and then the quality of our accommodation plummeted. It’s like I’d crossed the border into another, poorer country, or 96thstreet on the east side.  The carpet was shabby, a strange and depressing shade of green, the ceiling low, the wallpaper peeling, the floor littered with crumbs—had they not had time to vacuum in the past month?

By the time I got to my hallway, we were in a flea-bitten motel, and I even feared opening the door: What I found was very large, but mostly empty, a faded armchair, an ancient bed that might’ve been seized from a bed-and-breakfast (assuming they had them in the civil war) and a worn out nightstand with a perfunctory TV landed on it. The view, if you could call it that, was onto a swamp. An actual muddy lake, a color more dead than black, out the back. We had a balcony overlooking it. For what possible reason I cannot imagine. The air tasted damp. Ostensibly there was air conditioning, but it produced nothing more than hiccoughed and groaned.

I had several hours to kill, with nothing but a book I didn’t want to read and a television screen so old and small I could only think of friends who’d made smarter career choices, who weren’t here in a corner of nowhere, who probably had a means of egress from wherever they were. They weren’t you see trapped. Which is a polite way of saying internal death spiral. I knew I was on the verge of a meltdown, a dip, into doom and gloom, the kind of mood I’m prone to when far away from home. Some of us have more edges in our lives. Some of us are more easily pushed off. Some of us however figure out ways to slow down the fall, or at least soften the landing. Because when I am most alone I remember someone Else is, too.

I’m sure everyone feels this way at least some of the time, but maybe a few of us more of the time. Displacement is its own crisis, the worry of being apart and away, unconnected from the people who love us, but also keep an eye on us. Satan gets you when you’re alone. He lies to you. He tells you you’re not worth it. He tells you He’s not there for you. That’s dislocation. We’re free to do what we want. But also free to feel we are unwanted, and unlikely to stand corrected. That’s why people on the road go straight for the bar.

Wouldn’t you seek some kind of salvation?—you keep leaving the familiar, departing into the unknown, only to end up in the same unventilated cells, and no matter how far you go, again and again you end up with the same anonymous product. Different varieties of the same thing. You have no choice but to have a choice. Capitalism’s answer to strangeness is to give you a tour, to overwhelm you with so much familiar that about all you can do is share a picture. But in this case, nobody instagrams a motel room on a weekend conference visit. I turn to the verse of the throne, the 255th verse of the Qur’an’s second chapter.

I’d been taught to recite in emergencies, and taught all of life is potentially an emergency, and exhale into the void, to bring meaning and mercy into the air around me, to generate a bubble to shield me—even from me.

‘God,’ He says, about Himself, ‘there is no God but He, Living, Everlasting.’

When you’re scared, you don’t just pray to Him, you say Him. In this case only to yourself, but you’re all that matters, anyway. Nobody else gets judged but you. (So stop listening to them.) He’s alive, He’s life itself. He’s there, even as He’s not in any where. He’s listening. You’re speaking. You’re always speaking. He’s always listening. I’ve ever felt the Qur’an was speaking as much to the people of the Prophet’s time as to the recipients of revelation before. That’s why immediately after He adds, ‘no slumber can seize Him, nor sleep.’ We try to anthropomorphize Him. Bring Him down to our level. It’s only human, I suppose.

Ever wonder why the Qur’an is full of so much distance, so much of God telling you how utterly unlike you (and I) He is? ‘His are all the things of the heavens and the earth.’ Not just me, but the motel room I’m stuck in, which at the moment seems to encapsulate the full extent of the heavens and the earth. Not that that matters. Size never has, except to the small. This segment alone has a calming effect, immediate and undeniable. As irrationally anxious as I feel, I am plugged back into existence. I am no longer floating helplessly. Because reminding myself of His size makes everything else smaller. (He has no size.)

‘Who is there that can intercede in His presence except as He permits?’ He’s running this show. The show. All shows. ‘He knows what appears before, after, behind them’—but, and this is the critical part, even as he stresses His power, He stresses his distance—‘nor shall they grasp anything of His knowledge except as He wills.’ Not an easy thought to accept, but not a hard one to resist, either. Perhaps our appraisal of the situation is incomplete. Even if we are dying, we are not done. Even if this is the end of this life, it’s not the end of all life. Should the bank account run dry, the job disappear, the friends turn their back on you, the government steer a course that is disastrous, your community turn sour, your society implode. But you won’t know how this turns out. And yours is not the only voice pleading.

‘And his throne extends over the heavens and the earth, and He feels no fatigue in guarding and preserving them. He is the High, the Supreme.’

I say it again and again, staring up at a ceiling that looks it’s been in a losing battle with mold. I breathe in fear, and breathe out God. Why, after all, would I seek help from someone like me, who could be tired, who might not be there if I wake up in the late night hours, which I’m sure I will, with the musty heat of a swamp to accompany me, the sound of all manner of creeping and crawling bug, and the stark emptiness of the hollow hours, when the only reason you are talking to anyone is because you crave someone to be beside.

You want a God who’ll be there to hear. You want a God, then, who can hear. But you have a God who always does. Who never stops hearing. I know how this makes you feel. Sometimes how you got here is how you feel about Him. That you have to leave, too, shapes how you feel about Him. Don’t pretend you’ve never thought that. Stop pretending to be other than human. What is this false piety that is incompatible with our theology? There’s a reason God told Muhammad, ‘I am as my servant thinks I am.’ We all think something. He already knows what you think well before you do. Maybe you never do. You have a God who can hear better than you can. 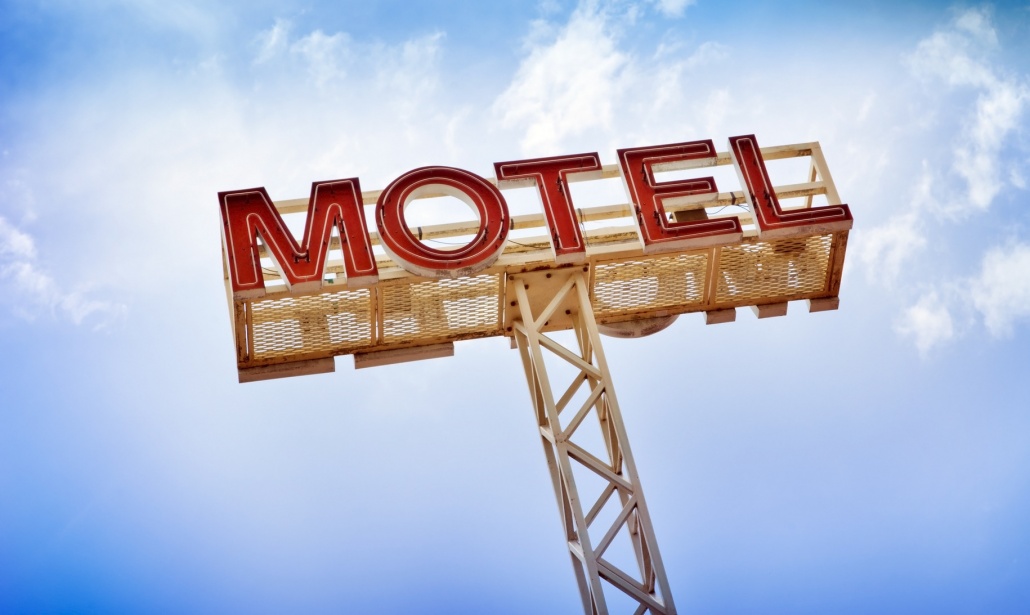 © 2020 MuslimObserver.com, All Rights Reserved
‘All In and All Out’: Examining Islam in G. Willow Wilson’s Graphic...