Say: We believe in Allah and what has been revealed to us, and what was revealed to Ibrahim and Ismail and Ishaq and Yaqoub and the tribes, and what was given to Musa and Isa and to the prophets from their Lord; we do not make any distinction between any of them, and to Him do we submit.

This verse from the holy Qurâ€™an is hanging above the doors when you enter the American Islamic Community Center, welcoming diversity.  For week three of the Ramadan Series Project, we visited the American Islamic Community Center (AICC) and their English group, Universal LIFE.  The community of the AICC was formed in 2003.  A few of their founding members relayed that though they did not have a center to call home then, they were able to rent out a Church for their nightly Ramadan programs.  This Church was so appreciative that Muslims were forming an Islamic Center in the community, that they gave the AICC a tremendous discount on the rental costs.

At tonightâ€™s AICC program, Universal LIFE hosted an interfaith iftar dinner.  Joining, were members from the Point Of Vision Presbyterian Church in Southfield, and the Interfaith Partners, a Metro-Detroit organization led by Father Lawrence Ventline of Scared Heart Catholic Church in Roseville.  These Churches have visited the AICC several times in the past, and enjoyed the bountiful meals so much so that they requested to come back.  What better time to do so that during the holy month of Ramadan, to join together in the breaking of the fast.

Following Imam Al-Qazwiniâ€™s speech was an open question and answer session for all of the religious leaders: Imam Al- Qazwini, Father Ventline, Imam Sayed Najah Al-Hussaini, Imam of the AICC, and Pastor Dr John Biersdorf from Point of Vision Church.  Imam Al-Hussaini concluded with some closing remarks on how gatherings like this should take place more often, and could dispel any misinterpretations not only about Islam, but also, about all religions.

It was then time for prayer, with all of the guests wanting to participate.  â€œThese prostration positions are similar to what we do in yoga.  Itâ€™s known that such positions help for proper blood flow and to being energy.  Yoga is making this the trend today, when you Muslims have been doing this so many times a day for hundreds of years,â€ said Dawn Ryan of Point of Vision Church.

Stay tuned to The Muslim Observerâ€™s print and web edition, as well as the weekly webcast for the continuation of the Ramadan Series Project.  The last visit, week four, will be at the Muslim Unity Center, in Bloomfield Hills.

(to view pictures from the event please click here) 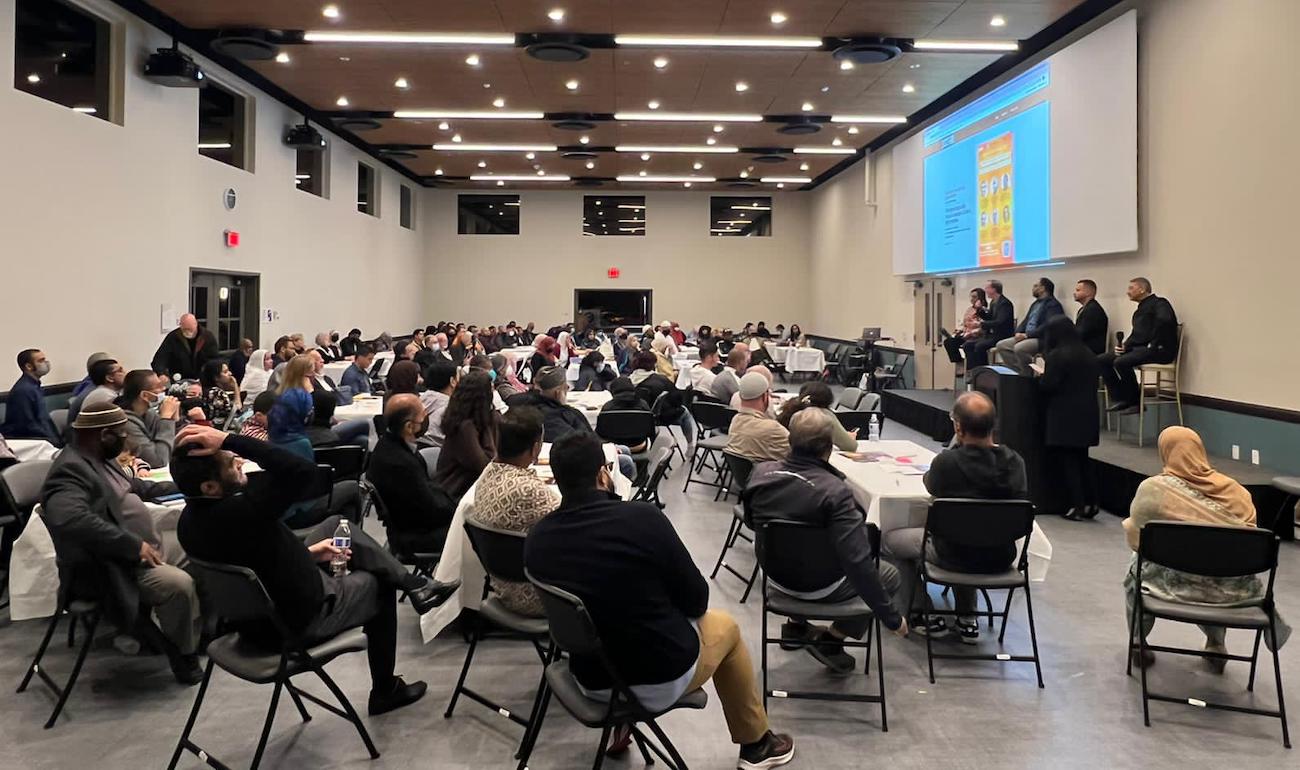 Islam’s Contribution to the Humanity
by Dr. Aslam Abdullah Are the Quran and Islam only for Muslims? If God is the Lord of the worlds…