The Face of Hate: Visible Now

We are not born to hate or kill others. We are taught to hate and kill others. Sometimes this hatred is in the name of religion, sometimes in the name of country, sometimes it is for money and sometimes it is a combination of all these four. What is now emerging clearly is that there is a small group of Jewish intellectuals and activists who under the secret advise of hawkish Israelis have been engaged in a high level Islam bashing and Muslim demonizing for almost a decade in the United States. They have promoted hatred against Muslims and they can create conditions to justify the killings of Muslims in America and elsewhere. There purpose is to marginalize the Muslim community so that it may not play any effective role in any aspect of American life. Their goal is to create conditions leading to the almost lynching of Muslims. Their grudge against Muslim American comes from their love to the state of Israel. The irony is that they are using the American resources to promote their agenda. They have found an ally in the form of white conservative Christian evangelical supremacists who consider Muslims infidels and pagans.
The information here is from a highly credible research project. The report raises several questions about the credibility of Jewish organizations and leadership. It is an irony that despite overwhelming evidence of the involvement of some Jewish activists in trying to demonize Muslims intentionally and make their religion a target of hatred, the mainstream Jewish organizations and Christians groups have refused to condemn the hate mongers.

Here are the synopsis of the report that clearly demonstrates that the anti-Sharia bill in Michigan and other states is the result of a conspiracy against Islam hatched by some Jewish activists with the help of Christian evangelical resources.

The conspiracy is open. We must expose the hate mongers and question Christian and Jewish organizations to take a stand on these issues. In the interfaith forums these issues deserve to be discussed and brought out. We must be able to demonstrate clearly that the spreading of hate and misinformation against Islam and Muslims primarily started with five key people and their organizations, and it is sustained and funded by a few key foundations with Christian conservative roots, says an in-depth investigation conducted by the Center for American Progress Action Fund. The tightly networked group of misinformation experts were able to guide efforts that now have reached millions of Americans through advocates, media panelists and grassroots organizations.

The five misinformation experts are:

These individuals have generated the materials used by political leaders, grassroots groups, and the media on a regular basis.

The funding organizations have given over 40 million dollars during the last 10 years. They are:

The misinformation experts have traveled the country and worked with or testified before state legislatures calling for a ban on the nonexisting threat of Sharia law in America and have proclaimed that the vast majority of mosques in America harbor Islamist terrorists or sympathizers.

David Yerushalmiâ€™s â€œmodel legislationâ€ banning Sharia law has been cut and pasted into bills in South Carolina, Texas, and Alaska. His video on how to draft an anti-Sharia bill and his online tools have been picked up nationwide. The misinformation movement is active in more than 23 states.

Brigitte Gabrielâ€™s ACT! For America, Pam Gellerâ€™s Stop Islamization of America, David Horowitzâ€™s Freedom Center, and existing groups such as the American Family Association and the Eagle Forum are usually the groups that promote the ideas of misinformation experts whose work has often been cited many times by (among others) confessed Norway terrorist Anders Breivik.

Those whose rhetoric against Islam and Muslims has become known include among the the religious right:

Now we know who the hate mongers are and who the misinformants are, we should not keep quiet. We must raise the issue in every forum that we have to ensure that conspirators are further exposed for ever. 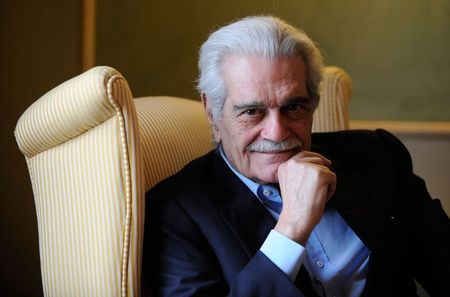 Huda’s Dream
By Susan Schwartz, TMO The Palestine Childrenâ€™s Relief Fund (PCRF) is one of the worldâ€™s largest childrenâ€™s charity and will…