The Federal Reserveâ€™s attack on bullion is an act of desperation that, when widely recognized, will doom its policy

Paul Craig Roberts was Assistant Secretary of the Treasury for Economic Policy and associate editor of the Wall Street Journal. He was columnist for Business Week, Scripps Howard News Service, and Creators Syndicate. His latest book, The Failure of Laissez Faire Capitalism and Economic Dissolution of the West is now available.

For Americans, financial and economic Armageddon might be close at hand. The evidence for this conclusion is the concerted effort by the Federal Reserve and its dependent financial institutions to scare people away from gold and silver by driving down their prices.

When gold prices hit $1,917.50 an ounce on August 23, 2011, a gain of more than $500 an ounce in less than 8 months, capping a rise over a decade from $272 at the end of December 2000, the Federal Reserve panicked. With the US dollar losing value so rapidly compared to the world standard for money, the Federal Reserveâ€™s policy of printing $1 trillion annually in order to support the impaired balance sheets of banks and to finance the federal deficit was placed in danger. Who could believe the dollarâ€™s exchange rate in relation to other currencies when the dollar was collapsing in value in relation to gold and silver.

The Federal Reserve realized that its massive purchase of bonds in order to keep their prices high (and thus interest rates low) was threatened by the dollarâ€™s rapid loss of value in terms of gold and silver. The Federal Reserve was concerned that large holders of US dollars, such as the central banks of China and Japan and the OPEC sovereign investment funds, might join the flight of individual investors away from the US dollar, thus ending in the fall of the dollarâ€™s foreign exchange value and thus decline in US bond and stock prices.

Intelligent people could see that the US government could not afford the long and numerous wars that the neoconservatives were engineering or the loss of tax base and consumer income from offshoring millions of US middle class jobs for the sake of executive bonuses and shareholder capital gains. They could see what was in the cards, and began exiting the dollar for gold and silver.

Central banks are slower to act. Saudi Arabia and the oil emirates are dependent on US protection and do not want to anger their protector. Japan is a puppet state that is careful in its relationship with its master. China wanted to hold on to the American consumer market for as long as that market existed. It was individuals who began the exit from the US dollar.

When gold topped $1,900, Washington put out the story that gold was a bubble. The presstitute media fell in line with Washingtonâ€™s propaganda. â€œGold looking a bit bubblyâ€ declared CNN Money on August 23, 2011.

The Federal Reserve used its dependent â€œbanks too big to failâ€ to short the precious metals markets. By selling naked shorts in the paper bullion market against the rising demand for physical possession, the Federal Reserve was able to drive the price of gold down to $1,750 and keep it more or less capped there until recently, when a concerted effort on April 2-3, 2013, drove gold down to $1,557 and silver, which had approached $50 per ounce in 2011, down to $27.

The Federal Reserve began its April Foolâ€™s assault on gold by sending the word to brokerage houses, which quickly went out to clients, that hedge funds and other large investors were going to unload their gold positions and that clients should get out of the precious metal market prior to these sales. As this inside information was the governmentâ€™s own strategy, individuals cannot be prosecuted for acting on it. By this operation, the Federal Reserve, a totally corrupt entity, was able to combine individual flight with institutional flight. Bullion prices took a big hit, and bullishness departed from the gold and silver markets. The flow of dollars into bullion, which threatened to become a torrent, was stopped.

For now it seems that the Fed has succeeded in creating wariness among Americans about the virtues of gold and silver, and thus the Federal Reserve has extended the time that it can print money to keep the house of cards standing. This time could be short or it could last a couple of years.

However, for the Russians and Chinese, whose central banks have more dollars than they any longer want, and for the 1.3 billion Indians in India, the low dollar price for gold that the Federal Reserve has engineered is an opportunity. They see the opportunity that the Federal Reserve has given them to purchase gold at $350-$400 an ounce less than two years ago as a gift.

The Federal Reserveâ€™s attack on bullion is an act of desperation that, when widely recognized, will doom its policy.

As I have explained previously, the orchestrated move against gold and silver is to protect the exchange value of the US dollar. If bullion were not a threat, the government would not be attacking it.

The Federal Reserve is creating $1 trillion new dollars per year, but the world is moving away from the use of the dollar for international payments and, thus, as reserve currency. The result is an increase in supply and a decrease in demand. This means a falling exchange value of the dollar, domestic inflation from rising import prices, and a rising interest rate and collapsing bond, stock and real estate markets.

The Federal Reserveâ€™s orchestration against bullion cannot ultimately succeed. It is designed to gain time for the Federal Reserve to be able to continue financing the federal budget deficit by printing money and also to keep interest rates low and debt prices high in order to support the banksâ€™ balance sheets.

When the Federal Reserve can no longer print due to dollar decline which printing would make worse, US bank deposits and pensions could be grabbed in order to finance the federal budget deficit for couple of more years. Anything to stave off the final catastrophe.

The manipulation of the bullion market is illegal, but as government is doing it the law will not be enforced.

By its obvious and concerted attack on gold and silver, the US government could not give any clearer warning that trouble is approaching. The values of the dollar and of financial assets denominated in dollars are in doubt.

Those who believe in government and those who believe in deregulation will be proved equally wrong. The United States of America is past its zenith. As I predicted early in the 21st century, in 20 years the US will be a third world country. We are halfway there. 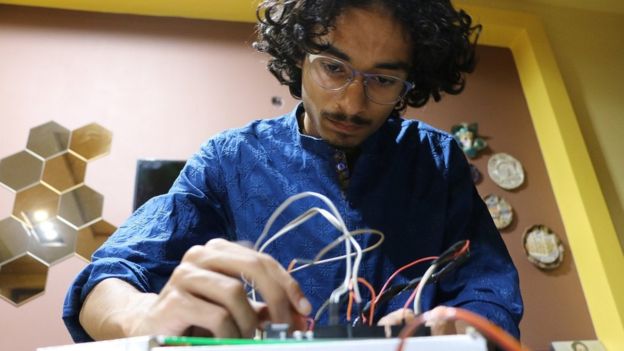 Is the Fed Helping the Big Banks to Cook the Books?

© 2020 MuslimObserver.com, All Rights Reserved
In this Nuclear Standoff, it’s the US that’s the Rogue State Constructing an Eternal Home; Which Do We Choose?
Scroll to top