Why should American Muslims support #MARCH2JUSTICE from New York to DC?

“We MARCH2JUSTICE because we believe that together, we can change the landscape of this nation and prove once and for all that ALL men and women are created equal. And we ALL have the right to life, liberty and the pursuit of happiness. We invite you to join us on this historic trip.”

That is the statement that greets you when you visit the #MARCH2JUSTICE movement online.  It speaks to the need that we must reach beyond solidarity and recognize that this is about co-ownership of the pain from the injustices we’ve seen.  Until then, we won’t succeed in bettering our country and helping her remove the anti-blackness that is present in her culture and institutions.

On April 13, Justice League NYC and people from across the country, including the supporters and partners of the Campaign to TAKE ON HATE (www.takeonhate.org), will gather in New York City to march to the nation’s capital, stopping along the route in key cities and towns to rally and mobilize.

The demonstrators are marching to demand that Congress act on legislation to end racial profiling, demilitarize our police forces and invest in our local communities. This march was inspired by young people who yearn for accountability, transparency, dignity and respect for all communities.  They proudly pronounce that MARCH2JUSTICE is in honor of our heroes in Selma, Ala. who risked everything to bring progress to black communities and strived for all people to have equal access to the democratic process. American Muslims need to acknowledge their sacrifices. We must recognize that we can only march because of the path they paved for us and that the struggles of all people of color are also our struggles.  Mike Brown, Trayvon Martin, Abdisamad Sheikh-Hussein, Aiyana Jones, Antonio Zambrano-Montes, Deah Barakat and Yusor and Razan Abu-Salha are all our children.  Enough with the divides.  When we struggle alone, we will never achieve our shared goal: complete freedom to live without fear and hate.

Most important of all, at MARCH2JUSTICE we can raise our collective voices and mobilize support in communities and within Congress to pass the “Justice Package” – three pieces of federal legislation including the Juvenile Justice And Delinquency Prevention Act (JJDPA) and the End Racial Profiling Act.  This type of movement to combat structural racism in our country also helps pave the way for more loving communities.  Allowing one group of Americans to be targeted and mistreated is injustice for all.

We are still trying to recover from the recent tragedy in Chapel Hill that shook the Muslim American community. If you want justice for those three young Muslim Americans and the many others who have been attacked and wronged, I urge you to consider being a part of this national movement to help protect the families and individuals directly impacted by hate and violence.

Join and learn more about the march at www.march2justice.com.

Editor’s note: Rashida Tlaib is the child of Palestinian immigrants. She lives in Detroit. Tlaib made history in 2008 becoming the first female Muslim woman elected to the Michigan House of Representatives and only second in the country. Tlaib currently works at the Sugar Law Center for Economic & Social Justice on the community benefits movement in Michigan and is the Campaign Manager for Take on Hate. Her views here are her own. 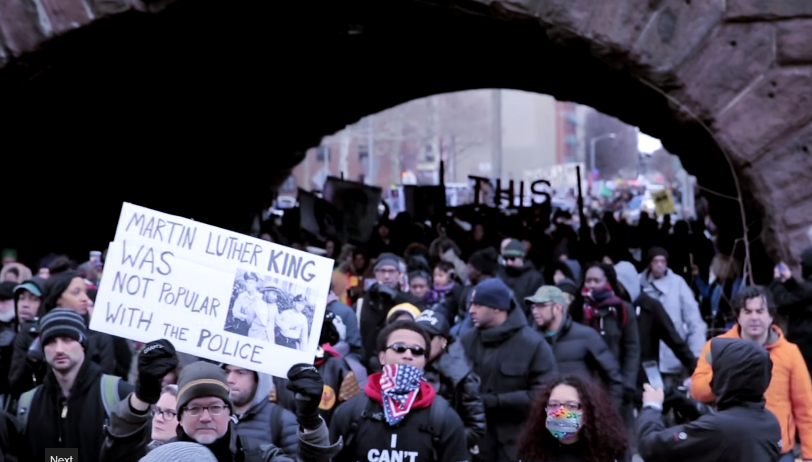 Speaking to the Mossad Itself

Perfect Creamy Soup for Ramadan
by Noor H. Salem Since you are fasting during the long days of Ramadan, it’s important to intake a sufficient…

The Five Stages of Electoral Grief

Rays of Faith seminar coming to Dearborn
Scroll to top