The reality of the tragic living conditions of the residents in Gaza has been brought to public attention largely through the efforts of peace and humanitarian groups. While the major media outlets have downplayed the devastation there and the part which the United States and its client, Israel, have played, the truth is being brought forward with great impact.

The Palestinian people ask for solidarity with those outside Palestine.

This solidarity with people who love truth and value justice is an important part of their lives and can help see them through these dark days.

Dr. Mona El Farra left Gaza on June 1 and has been speaking to peace and human rights activists, health care workers and general audiences in venues across the United States since her arrival. This past Sunday she spoke at All Saints Episcopal Church in Pasadena, Ca. As a medical doctor she has come to ask for solidarity with the Palestinian people and to present to the American public the truth of the Palestinian peopleâ€™s daily struggles, particularly their now seriously deficient health and medical care.

She began by saying that her family has been in Gaza for 900 years, and the land is hers.

If one picture is worth a thousand words, Dr. El Farraâ€™s riveting presentation is an epic. As an eye witness to the situation in Gaza – many of her patients are children – Dr. El Farra frequently spoke with a catch in her voice and often had to hesitate. The members of her audience gasped and wiped their eyes — sharing vicariously with Dr. El Farra and the victims in Gaza; victims she has held and ministered to.

The first part of her presentation consisted of slides, first placing Gaza in a map setting. She reminded her audience that despite the removal of settlements by the Israelis almost two years ago, Israel surrounds and controls Gaza and has made Gaza the worldâ€™s largest prison. Access to Gaza and egress from Gaza is limited and may patients have died waiting at checkpoints. Women in labor have given birth to still born children or children who did not survive a birth under non hospital conditions. Most recently deaths have occurred in the stifling heat at the Rafah exit into Egypt during unconscionable waiting periods.

Dr. El Farra spoke of the effects of Post Traumatic Stress Disorder (PTSD) on the Palestinian residents. 95% of the population suffers from one or more symptoms. This is particularly tragic when children are affected. Virtually all children are in need of psychological intervention. Many homes have been destroyed or rendered unlivable. Often Israeli soldiers will commandeer a house and force all the residents–usually an extended family–into one room, depriving them not only of mobility but of access to food and plumbing facilities.

â€œOur fees are small,â€ said Dr. El Farra, â€œbut even so many cannot afford them.â€ Funds are needed for hospitals. Health care workers must do regular ministering as well as emergency work. Fifty-five health care workers have been killed attempting to minister to victims of violence.

A slide of AL AWDA Hospital with severe damage from Israeli fire brought gasps from the attendees. One woman in the audience buried her head in her hands and said â€œI just canâ€™t look any more.â€

The resilience of the Palestinian people showed through. In one slide an elderly couple returned from a walk and found that their home had been destroyed. The husband hugged his wife and smiled as if to say that at least they had each other. A film made by a young man through the auspices of the Middle East Childrenâ€™s Alliance (MECA) showed children playing, drawing and singing.

One childrenâ€™s center in Rafah is called the Rachel Corrie Childrenâ€™s Center; another in Khan Younis is called the Never Stop Dreaming Center. Children learn health care through songs they are taught.

During a question and answer session that followed her presentation, Dr. El Farra said that the United States instituted devastating sanctions after Hamas won the elections. The elections were fair, she said and represented the will of the people.

Dr. El Farra urged her audience to educate people–everyone they meet–as to the true nature of the situation in Gaza. The major media are not doing their job. They cannot be relied on to bring the truth to the American public. In response to questions from the audience as to how contributions may be made, she said that money may be contributed to organizations which work in Gaza; she mentioned MECA in particular. Banks in Gaza are running and such contributions will reach the people there.

Dr. El Farra has had many sponsors during her United States tour–this particular event was sponsored by the Muslim Public Affairs Council (MPAC) and the Middle East Ministry at All Saints Church. 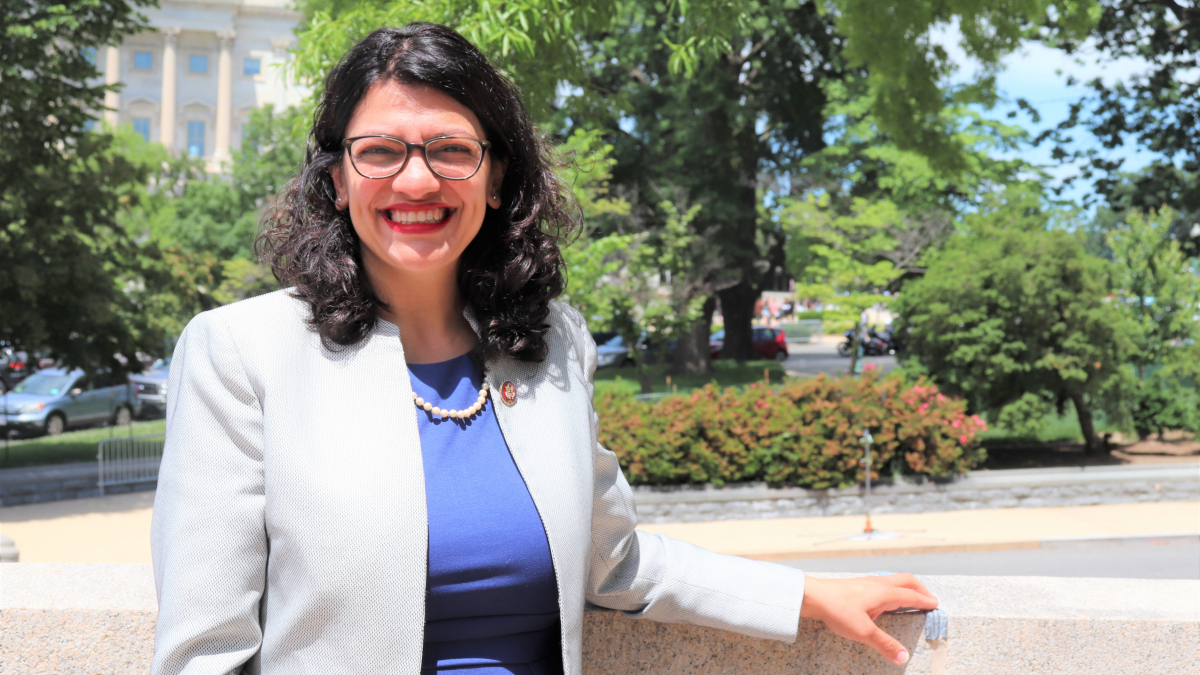