The sixth anniversary of the creation of Bushâ€™s legal â€œblack holeâ€ is upon us.

The Bush administration has maintained a low profile over the last month, as waves of indignation over the destruction of CIA videotapes showing the torture of two â€œhigh valueâ€ detainees have lapped ever closer to the White House. In the last few weeks, as coverage of the presidential primaries consumed the media, both President Bush and Vice President Cheney must also have been hoping that they would be able to escape scrutiny on this bleak anniversary. It is, however, imperative that they are not allowed to do so. Despite its claims that it â€œdoes not torture,â€ this is an administration drenched in torture, which must one day be made answerable for its crimes.

Six years ago, on Jan. 11, 2002, the first of 778 prisoners – referred to as â€œdetaineesâ€ and identified only by numbers – arrived at a hastily erected prison in the U.S. naval base at GuantÃ¡namo Bay, Cuba, where, ever since, they have been subjected to a disturbingly lawless experiment.

Under the terms of a military order initiated in November 2001, the president claimed that he could hold the detainees indefinitely, without charge or trial, as â€œenemy combatants.â€ GuantÃ¡namo, leased from Cuba in 1903 under an arrangement that cannot be broken unless both countries agree to it, was specifically chosen for this experiment because it was presumed to be beyond the reach of the U.S. courts.

For two and a half years, the administration succeeded in its aims, running an illegal offshore interrogation center, which mutated into a torture prison when the detainees proved resistant to interrogation. The â€œenhanced interrogation techniquesâ€ introduced by the administration included prolonged solitary confinement, forced nudity, sexual and religious humiliation, sleep deprivation, the use of extreme heat and cold, and the use of painful stress positions. Despite condemnation by world leaders, international legal experts, global bodies including the United Nations and an unprecedented array of former U.S. military commanders, the administration defined torture so narrowly – as being equivalent to organ failure or death – that it refused to concede that it was actually engaged in torture.

The irony, which became apparent only later, was that the reason that so many of the detainees were not forthcoming in their interrogations was not because they were al-Qaeda terrorists who were trained to resist interrogation, but because they had no information to give. When the governmentâ€™s own documents were analyzed, in reports by the Seton Hall Law School (PDF), and in my book The GuantÃ¡namo Files: The Stories of the 774 Detainees in Americaâ€™s Illegal Prison, it became apparent that the majority of the detainees had not been captured by U.S. forces on the battlefield, as alleged, but had been sold to them by their Afghan and Pakistani allies, at a time when bounty payments of $5,000 a head for al-Qaeda and Taliban suspects were widespread.

In June 2004, the U.S. courts finally caught up with GuantÃ¡namo. In a momentous ruling, the Supreme Court insisted that GuantÃ¡namo was â€œin every practical respect a United States territory,â€ and that the detainees had habeas corpus rights – the right to challenge the basis of their detention before an impartial court.

Undeterred, the administration allowed lawyers access to the detainees, but refused to allow them anywhere near the U.S. courts, establishing, instead, a system of military tribunals – the Combatant Status Review Tribunals – as a mockery of their habeas rights. In these tribunals, the detainees were allowed to tell their own stories, in response to the governmentâ€™s allegations against them, but were not allowed legal representation. Moreover, the tribunals were empowered to accept secret evidence, obtained through the torture, coercion or bribery of other detainees, which was not revealed to the defendants and could not even be challenged.

In some ways, of course, there is more to celebrate today than there was on GuantÃ¡namoâ€™s fifth anniversary. In the last year, a number of whistleblowers – former military officials who worked on the tribunals – have bravely stepped forward to condemn the tribunal process. Lt. Col. Stephen Abraham, who spoke out in June, described them as a sham, reliant upon vague, unsubstantiated and generic evidence, and designed merely to approve the detaineesâ€™ prior designation as â€œenemy combatants,â€ and in October an Army major, speaking anonymously, added his complaints, revealing the deliberate exclusion of exculpatory evidence, the reconvening of tribunals when an unfavorable result was produced, and the pressure exerted on tribunal members from higher up the command structure.

Plans to scale down the prison population also continued throughout 2007, and 492 detainees have now been released, 122 in the last year alone. The majority of those have been freed on their return home, but the gross injustices of GuantÃ¡namo have not come to an end. Two detainees died at the prison last year (to add to the four who died in 2006), and five more detainees were transferred to the facility, even while the president was claiming in public that he wanted to close the prison.

For the 281 detainees who remain, moreover, life is as hard as ever. Although a few are housed in Camp 4, which contains communal dorms, the majority are held in solitary confinement for up to 23 hours a day in the newest camps, Camps 5 and 6, and are deprived of the meager comforts – including access to TV and some sort of a social life – that are routinely enjoyed by the majority of convicted criminals on the U.S. mainland.

Others continue to be held in complete isolation, an unknown number are suffering from severe psychiatric disorders, and for the few dozen long-term hunger strikers, the prison remains a torture center. Prevented from exercising the only power they still hold – the right to starve themselves to death in protest at their endless detention without charge or trial – twice a day they are held in restraint chairs, using 18 separate straps, and are fed through a thick tube inserted into the stomach through the nose, which is removed after each feeding in a deliberate attempt to â€œbreakâ€ their will.

To compound the detaineesâ€™ misery, itâ€™s unclear how some of them will ever be freed. Up to 70 have been cleared for release – some for more than two years – but the majority are still held because of international treaties preventing their return to their homelands, including China, Uzbekistan, Tunisia, Libya and Algeria, where they face the risk of torture. Attempts by the authorities to bypass these treaties through â€œmemoranda of understanding,â€ guaranteeing the humane treatment of returned detainees, recently came unstuck after two returned Tunisians received jail sentences following dubious trials, and the decision by a district court judge to prevent the return of a third Tunisian seems to have put the whole errant project on hold.

Another 80 are scheduled to face trial by military commission, a system of show trials concocted by Dick Cheney and his advisors in November 2001, but as these, like the tribunals, rely on secret evidence obtained through the torture, coercion or bribery of other detainees, and have yet to produce a single significant victory, it remains unclear if they will ever function adequately. As the uproar over the destroyed CIA tapes has demonstrated, the administration is desperate to conceal all evidence of torture by U.S. forces, because it remains illegal under domestic and international law, and it seems inconceivable that military trials that conceal evidence of torture can ever be regarded a legitimate.

An alternative solution is to free the other 130 or so detainees who are currently regarded as too dangerous to release but not dangerous enough to be charged (which is, of course, another extraordinary invention on the part of the authorities), and to bring those regarded as genuinely dangerous – no more than 40, according to various intelligence estimates – to trial on the U.S. mainland.

This proposal is almost taboo in the United States, but it may yet come to pass. It relies on the hope that pliable juries can be persuaded to overlook the torture of â€œhigh valueâ€ detainees, including Khalid Sheikh Mohammed, who confessed in a tribunal last year that he was the architect of 9/11, and Abu Zubaydah and Abdul Rahim al-Nashiri, two other allegedly senior al-Qaeda operatives, whose destroyed interrogation tapes are the reason that would-be investigators are currently circling the White House.

This is a gloomy scenario, and it still doesnâ€™t explain what will happen to the cleared detainees who cannot be repatriated, or how to begin dismantling the completely unaccountable web of secret and semisecret prisons – in Afghanistan, Iraq and elsewhere – that underpins GuantÃ¡namo, which is, after all, only the most visible symbol of a worldwide gulag, involving â€œextraordinary renditionâ€ and â€œghost detainees.â€ It is, however, honest and considered, which is more than can be said for the motivations of those who dreamed up the whole malign experiment in the first place. 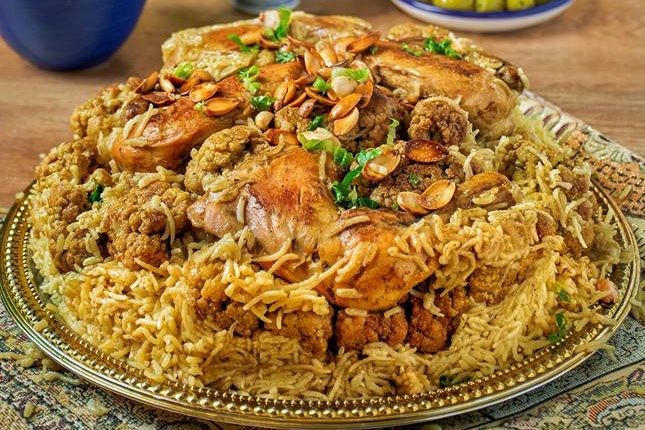 Pakistan–Follower of the Laws of Foreign Lands
By Mahvish Akhtar, Muslim Media News Service (MMNS) We all heard about the alleged terror attack on a flight going…

© 2020 MuslimObserver.com, All Rights Reserved
Of Populism and Partners The Reason for Western Societyâ€™s Demise
Scroll to top