KUALA LUMPUR/TEHRAN (Reuters) – More evidence emerged of the crippling impact of new sanctions on Iran, with international traders saying Tehran is having trouble buying rice, cooking oil and other staples to feed its 74 million people weeks before an election.

New U.S. financial sanctions imposed since the beginning of this year to punish Tehran over its nuclear program are playing havoc with Iranâ€™s ability to buy imports and receive payment for its oil exports, commodities traders said.

Iran denies that sanctions are causing serious harm to its economy, but Reuters investigations in recent days with commodities traders around the globe show serious disruptions to its imports. That is having a real impact on the streets of Iran, where prices for basic foodstuffs are soaring.

South Korean President Lee Myung-bak was in Saudi Arabia on Tuesday, the latest leader of a major Asian oil importing country to visit the Middle East seeking alternative sources of oil as sanctions make it more difficult to import from Iran.

Danish shipping and oil company A.P. Moller-Maersk on Wednesday said it had suspended the transport of new Iranian oil-related cargoes and oil tanker deals due to European Union sanctions.
Traders in Asia told Reuters on Tuesday that Malaysian exporters of palm oil – the source of half of Iranâ€™s consumption of a food staple used to make margarine and confectionary – had halted sales to Iran because they could not get paid.

That followed news on Monday that Iran had defaulted on payments for rice from top supplier India, and news last week that Ukrainian shipments of maize had been cut nearly in half.
Rice is one of the main staples of the Iranian diet. With the rial currency plummeting, prices have more than doubled to $5 a kilo at bazaars in Iran from about $2 last year.
Maize is used primarily as animal feed, and the cost of meat has almost tripled to about $30 a kilo, beyond the budget of many middle class Iranian families.
The measures have had a dramatic impact on daily life in the country ahead of a March 2 parliamentary election that will pit supporters of hardline President Mahmoud Ahmadinejad against opponents seen as even more conservative.

Reformists are barely represented in the election, which is being seen as a referendum on Ahmadinejadâ€™s economic policies that have seen subsidies for basic goods cut and replaced with direct payments to families.

Next monthâ€™s election will be Iranâ€™s first since a presidential vote in 2009, when a disputed victory for Ahmadinejad triggered eight months of violent protests. The authorities put that revolt down by force, but since then the Arab Spring has shown the vulnerability of governments in the region to popular anger fuelled by economic hardship.

The sanctions have not shut the door on all international trade.

U.S. agribusiness giant Cargill said on Tuesday it planned to continue grain shipments to Iran, although its vice chairman Paul Conway said it was being â€œvery carefulâ€ about how it financed its business there.

The company was still managing to find banks offering letters of credit, paid in currencies other than the dollar, Conway told Reuters.

But traders in Malaysiaâ€™s capital Kuala Lumpur said palm oil shipments to Iran had largely been halted since late last year, after U.S. and European sanctions made it difficult for buyers to obtain letters of credit and make payments via middlemen in the United Arab Emirates.

â€œThey keep asking in the spirit of Muslim brotherhood. The last I heard was an enquiry for 5,000 tonnes for February or March delivery, but no one wants to take that risk now,â€ said one trader in Kuala Lumpur, speaking on condition of anonymity while discussing commercial contracts.

A margarine factory owner in Iran, who asked not to be identified, said there was a shortage in supply of the oils needed to make margarine that could halt production soon.

â€œThe way things are going, I predict that over next three to four months our edible oil will run out because of sanctions. It is no longer being imported and Iran itself cannot produce that much.â€

A Tehran market wholesaler said: â€œThere is a big shortage of margarine in the market, due to drop in imports. What is being sold now is our previous stockpiles.â€

A default by Iranian buyers on purchases of 200,000 tonnes of Indian rice is potentially more crippling. The average Iranian eats 40 kilos of rice a year, 45 percent of which is imported, according to the U.S. Department of Agriculture. India is the main supplier.

The president of the All India Rice Exportersâ€™ Association said it was advising exporters to stop selling rice to Iran with the customary 90 days credit for payment.

â€œAs part of our efforts to minimize losses, we are asking our colleagues to avoid sending rice on credit,â€ Vijay Setia said.

Exporters have also had difficulty in Pakistan, another of Iranâ€™s major sources of rice.

Javed Agha, head of the Rice Exporters Association of Pakistan said: â€œWe use lines of credit opened through agents in Dubai, but that too has become difficult because of sanctions and the resulting currency fluctuations.â€

Iranian buyers normally pay for Indian rice through middlemen in the UAE, but falls in Iranâ€™s rial means buyers have trouble covering the cost in hard currency.

The ultimate hammer blow to Iranâ€™s economy could come in the next few months if it becomes unable to sell the 2.6 million barrels of oil a day that it is accustomed to exporting, or is forced to offer such steep discounts that its revenue shrivels.

While Iran has a more diverse economy than other big oil exporters in the Gulf, energy exports are still its main source of earnings to buy food and other necessities.

Top oil exporter Saudi Arabia – long a regional rival of Iran – has promised to make up for lost supply for countries that stop buying Iranian crude.

South Koreaâ€™s Lee became on Tuesday the latest Asian leader to visit Saudi Arabia in search of additional oil supplies to replace possible cuts of oil from Iran. The leaders of Japan and China visited in recent weeks.

â€œI believe Saudi can play a major role in stabilizing the global economy,â€ Lee said in a speech. Korea bought 87 percent of its oil from the Middle East last year, including 9 percent from Iran.

Where Iran is still able to sell oil, it has difficulty getting paid, or exchanging payment from the buyerâ€™s domestic currency into dollars so that it can use the money for international trade.

South Korea owes Iranâ€™s central bank about $5 billion for crude oil imports, but the money is trapped in the Korean banking system because of U.S. sanctions.

The European Union, which bought about a fifth of Iranâ€™s oil exports last year, has announced a total embargo which will take force over the next six months.

China, which also bought about a fifth of Iranâ€™s oil last year, is demanding steep discounts to keep doing business with Tehran, and has cut its imports by more than half over the first three months of this year while pressing Iran to cut its price.

A senior executive of a U.S. oil company said Saudi exports have risen by 200,000 barrels a day, mostly to Asia, making up for most of the decline in Chinaâ€™s imports of Iranian oil. China has also been increasing its purchases from Russia and West Africa, oil traders say.

Energy is not the only Iranian export that has been hurt. Traders said that China is likely to cut its purchases of Iranian iron ore as well, worth $2 billion a year.

â€œThere is a huge risk ahead, and many havenâ€™t realized it yet,â€ said a senior executive at a Shanghai-based trading firm that has a long-term partnership with an Iranian ore supplier.

â€œIt is easy for the United States to freeze our business, forcing large Chinese Iran ore traders, which have large trading volumes with Iran, to be more cautious when making bookings. Itâ€™s not worth taking the risk.â€

A Chinese iron ore buyer based in eastern Chinaâ€™s Shandong province said some of his Iranian suppliers had rushed shipments, a sign that they too were worried about potential payment problems. Shipments booked in February had arrived early, and he expected imports to decline by March.

The new U.S. sanctions, which come into effect gradually by June, would make it impossible for countries to use the international financial system to pay for Iranian oil. Washington has said it will provide waivers to countries to prevent chaos on oil markets, but wants them to demonstrate that they are cutting imports in order to receive the permits.

The sanctions have been imposed to halt Iranâ€™s nuclear program, which the West believes is being used to develop a nuclear bomb. Iranâ€™s leadership says the nuclear program is peaceful, and it is willing to endure sanctions to maintain it as a national right.

Last month, Iran took the important step of beginning production of highly enriched uranium at a new facility hidden deep under a mountain, where it would be difficult for U.S. or Israeli warplanes to destroy it.

Israel and Western countries have accused Iran of working to develop a nuclear bomb, a charge dismissed by Tehran.

Talks between Iran and the West over the nuclear program broke down a year ago. Iran has repeatedly said it wants to restart the talks, but has refused Western demands to make clear first that its uranium enrichment would be up for negotiation.

As the sanctions have tightened, Iranian officials have made repeated threats of military strikes against Mid-East shipping and the United States, which protects the Mid-East oil trade with a giant flotilla based in the Gulf. 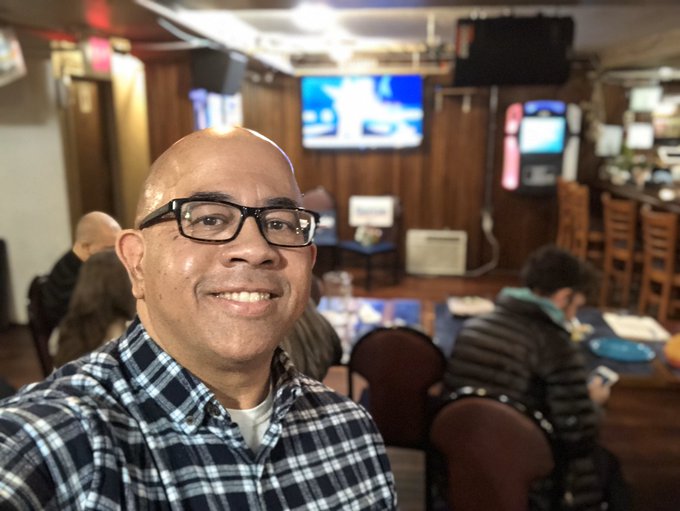 © 2020 MuslimObserver.com, All Rights Reserved
Seerah on the Weekend of the Mawlid Community News (V14-I7)
Scroll to top