Sex, drugs and violence: what several terrorists have in common

One of the men frequented strip clubs.

Another solicited a prostitute.

One spent years in-and-out of jail for theft, fighting, and other criminal activity.

At least one went to jail for driving under the influence.

Who are these men? Inmates at your local jail? Registered sex offenders?

All of these men are so-called “Islamic” terrorists. Several are Americans, several are Arabs, and a few are Europeans.

Because Islam forbids backbiting, I will not identify these men. However, you undoubtedly know their names. All were irreligious Muslims who later planned or executed acts of violent religious extremism.

After all, public polling indicates that Muslims are some of the most devoutly religious people walking the planet. Most pray several times a day, fast during the month of Ramadan, tithe annually and refrain from common secular habits such as drinking alcohol, having sex outside of marriage, and eating pork.

Yet most of those consistently religious Muslims do not engage in terrorism. They practice their faith peacefully. They observe its basic rituals. They avoid its flagrant sins. They are by no means perfect, but they generally color within the lines of Islam.

On the other hand, some of the world’s most infamous Muslim religious extremists were once irreligious. As young men, they engaged in blatantly un-Islamic activities, from gangs to drug use to alcohol to sexual deviance.

But eventually these young Muslims snapped and started killing people in the name of Islam. They swung from one extreme to the other: extreme irreligiosity to religious extremism.

But they screwed that up, too, by killing innocent people in violation of Islamic law.

Why is this phenomenon so important for mainstream Muslims—and the non-Muslim world—to recognize?

First, if previously irreligious Muslims do indeed engage in terrorism at a higher rate than consistently observant Muslims, this trend would indicate that Islam, as practiced and understood by over 1 billion people, does not inspire terrorism. (It’s also worth noting that educated Muslim scholars almost never speak out in support of terrorism. Quite the opposite. But uneducated, self-appointed “sheikhs” sometimes do).

Secondly, the phenomenon of irreligious Muslims transforming into religious extremists should give Muslim parents a clue as to which of their kids deserve particularly close attention.

Fox News commentator Juan Williams once said that the sight of Muslims wearing religious garb on airplanes scared him.
But I’d be much more concerned if I saw a clean-shaven young Muslim smoking a joint and partying with his girlfriend anywhere at all.

Because that young Muslim has already shown a weak understanding of his faith. What happens when he starts to feel guilty for his sins? What happens when he feels the urge to atone ASAP? What happens when he turns on the television, sees innocent Muslims suffering, and decides that he can make up for all his smoking and drinking and fornicating by “helping” them in a quick, lazy burst of violence?
Terrorism happens.

We see it every day: young members of ISIS, Al-Qaeda, Boko Haram and other militant groups engaging in horrific acts of un-Islamic violence, from burning a man alive to bombing civilians to kidnapping schoolgirls. This despite their lack of proper Islamic education and, for some, a history of irreligious behavior.

Of course, this does not mean that terrorism always, or even often, results from Bad Muslims Gone Wild. Nor does it mean that Muslim parents should panic if their irreligious son stops partying at the nightclub and starts praying at the mosque. That’s a good thing.

But when a young Muslim suddenly transforms from Mo’ the Beer-Chugging Ladies’ Man to Muhammad the Rigid Zealot Obsessed with Western Foreign Policy, it’s best to keep an eye on him.

Make sure he’s receiving a proper Islamic education as he seeks to draw closer to God, not just teaching himself via YouTube. Make sure he channels his desire to help Syrians, Palestinians and other suffering Muslims in the right direction: through charity for those in need, lobbying political leaders, or even organizing protests.

Indeed, if we want to protect our youth from religious extremism, Islam is not the problem.

Islam—learned, understood and practiced consistently from an early age—is the solution.

Editor’s note: Edward Mitchell is an Atlanta attorney who serves as News Editor of AtlantaMuslim.com and previously worked as a freelance reporter for the Atlanta Journal-Constitution. He also serves as a member of the Board of Trustees of the Islamic Community Center of Atlanta and recently joined the Islamic Speakers Bureau of Atlanta. Edward received his undergraduate degree from Morehouse College and his graduate degree from Georgetown University Law Center, where he served as president of the law school’s Muslim Students Association. Follow him on Twitter @edmovie. The views expressed in his article are solely his own. 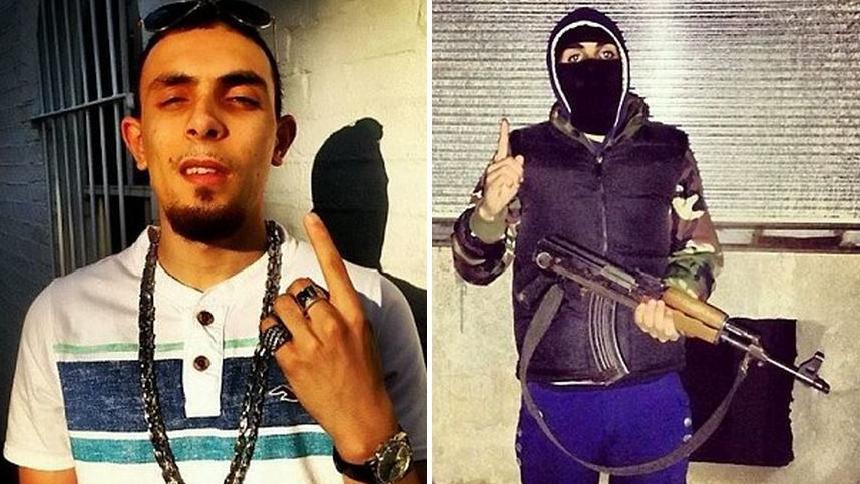