A rhinoceros is any of five surviving species of odd-toed ungulate in the family Rhinocerotidae. All five are native to Africa or Asia.

Several other species became extinct within geologically recent times, notably the Giant Unicorn and the Woolly Rhinoceros in Eurasia : the extent to which climate change or human predation was responsible is debated. Suffice to say that they had survived many climate changes when modern man arrived.

Rhinoceros-like animals first appeared in the Eocene as rather slender animals, and by the late Miocene there were many different species. Most were large. One, Indricotherium weighed about 30 tons and (so far as is known) was the largest terrestrial mammal that ever lived. Rhinos became extinct during the Pliocene in North America, and during the Pleistocene in northern Asia and Europe.

Rhinoceros horns are used in traditional Asian medicine, and for dagger handles in Yemen and Oman. None of the five rhinoceros species have secure futures: the White Rhino is perhaps the least endangered, the Javanese Rhino survives in only tiny numbers (estimated at 60 animals in 2002) and is one of the two or three most endangered large mammals anywhere in the world.

Rhino protection campaigns began in the 1970s, but rhino populations have continued to decline dramatically. Trade in rhinoceros parts is forbidden under the CITES agreements, but poaching is a severe threat to all rhinoceros species.

The most obvious distinguishing characteristic of the rhinos is a large horn on the nose. The word rhinoceros comes from the Greek words rhino (nose) and keros (horn). Rhinoceros horns, unlike those of other horned mammals, consist of densely compacted hair.

The rhinoceros is a large, primitive looking mammal that in fact dates from the Miocene era millions of years ago. In recent decades rhinos have been relentlessly hunted to the point of near extinction. Since 1970 the world rhino population has declined by 90 percent, with five species remaining in the world today, all of which are endangered.

The white or square-lipped rhino is one of two rhino species in Africa. It in turn occurs as two subspecies, the southern and the northern. The southern dwindled almost to extinction in the early 20th century, but was protected on farms and reserves, enabling it to increase enough to be reintroduced. The northern white rhino has recovered in Democratic Republic of Congo from about 15 in 1984 to about 30 in the late 1990s. This population has been threatened by political conflict and instability.

The White Rhino: The white rhinoâ€™s name derives from the Dutch â€œweit,â€ meaning wide, a reference to its wide, square muzzle adapted for grazing. The white rhino, which is actually grey, has a pronounced hump on the neck and a long face.

The Black Rhino: The black, or hooked-lipped rhino, along with all other rhino species, is an odd-toed ungulate (three toes on each foot). It has a thick, hairless, grey hide. Both the black and white rhino have two horns, the longer of which sits at the front of the nose.

Size: The rhinoceros stands about 60 inches at the shoulder.
Weight: Black Rhino: 1 to 1Â½ tons. White Rhino: over 2 tons.

Diet Description: The black rhino is a browser, with a triangular-shaped upper lip ending in a mobile grasping point. It eats a large variety of vegetation, including leaves, buds and shoots of plants, bushes and trees. The white rhino is a grazer feeding on grasses. 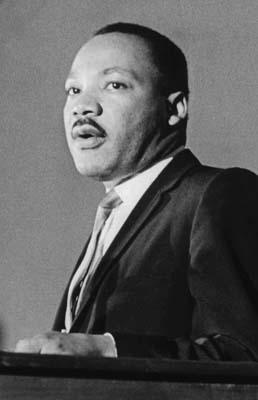