By now you have, no doubt, heard the debate looming about a proposed raise in the Federal minimum wage. If approved, this raise would increase hourly pay for our lowest-paid workers to $7.25/hour from the current $5.15/hour, enacted in 1997. To me, the most amazing aspect of this debate is how stunningly wrong the â€œagainstâ€ argument becomes in the face of overwhelmingly contradictory evidence.

Perhaps we can best understand the issues by framing them with â€œwho says whatâ€ about the rationale for raising the pay of workers at entry-level jobs. On one side, the new Democratic leadership in Congress leaped at the chance to enact this legislation in its â€œfirst 100 hoursâ€ in power. Contrasting this action is how previous bodies of Congress, dominated by Republicans sympathetic to corporate America and wage payers, lifted not a finger for the benefit of workers, since taking control of Congress in 1994. Only the cajoling of President Bill Clinton urged the minimum wage increase to $4.75/hour in 1996 and then to the current $5.15/hour in 1997.

So with inflation working against them, these low-wage earners making $5.15/hour since 1997 have seen the ongoing erosion of the purchasing power of that already paltry wage. It seems logical to me to raise those wage rates to enable workers to live on what their lowest-paying jobs provide.

Opposition to this idea has been steady, coming mostly from corporate America and those with more conservative economic attitudes. The central argument from those opposing a rise in the minimum wage is that it actually would hurt the workers receiving it!

To be fair, Iâ€™ll admit that economists on both sides of this ideological divide have done extensive work on the issue. We find those sympathetic to conservative Republicans on one side and to liberal Democrats on the other. But as I read some of their work, I find it one of those issues with something for everybody.

If you are pro-business and more sympathetic to wage payers, you can find evidence that supports wages set by the marketplace, i.e., payers of wages. And, yes, you can find instances where a rising minimum wage has been cited as responsible for lost jobs. Itâ€™s only natural to assume that workers demanding a big pay raise from a current employer will cause him to look for cheaper labor.

Plus, every extra dollar paid to workers must be created somewhere, and the employer will either have to raise prices, potentially making him less competitive in the marketplace, or take workersâ€™ added income from his total profit. And, if you want to look for those specific job- loss areas, you can find them by looking at very narrow slices of the job-force pie to see which sub-groups of workers have been hurt by a rising pay scale.

On the other side, we find those who support a higher pay scale and cite long-term employment gains across the board. (Donâ€™t we hear often from the Bush administration how low unemployment is?) So after steady rises in the minimum wage, since enacted in 1938 at 25 cents/hour, we can find support for raising wages.

So you see, we can find supporting data for everyone.

But at the margin, where such rationale must be defended and backed by solid evidence, I believe the case for letting the marketplace set wages, or even, in some extreme views, eliminating the minimum wage altogether, falls apart in subtle, but obvious ways.

For more information, you could do what I did recently — read the research reports of economists paid for this kind of work. But keep in mind one caveat now required in America, where paid research seems common: we must question the agenda of the researchers. (Perhaps you read that Exxon Mobil has been accused of paying roughly $16 million from 1998-2005 to researchers who deny the effects of carbon emissions on global warming.)

The American Medical Writers Association purportedly gets funding from large drug makers, and soft drink companies fund nutritional studies. The Coalition for Animal Health is funded by agribusiness, cattle and hog farmers. So what are the chances that employers like Wal-Mart or the U.S. Chamber of Commerce might fund minimum wage studies showing that a rising wage base actually hurts workers?

I have no proof that minimum-wage researchers have received such funding, nor have I taken time to research this area of the subject at length, but I suspect it could be true, based on the weak case against raising wages. But the conservative agenda, as I see it, is consistently served by this rationale.

Maybe the best tools I have for trying to find the truth are my own eyes. Here in Florida in 2004, voters approved raising the minimum wage. Since then, the stateâ€™s employment has grown steadily. And even after Republicans in Congress assailed Bill Clintonâ€™s second minimum wage hike in 1997, employment rose steadily again, even amid an influx of immigrant labor at the lower end.

This past week, the New York Times featured a story about the State of Washingtonâ€™s raising its minimum wage rate steadily over the past decade to the current $7.93/hour, while neighboring Idaho kept its lower minimum wage rate of $5.15. According to the article, â€œNearly a decade ago, when voters in Washington approved a measure that would give the stateâ€™s lowest paid workers a raise nearly every year, many business leaders predicted that small towns on this side of the border would suffer. But instead of shriveling up, small-business owners in Washington say they have prospered far beyond their expectations.â€™â€™

Apparently, the only wage payers hurt in this situation are those in low-wage Idaho, where businesses went begging for the workers taking jobs in Washington State.

Also quoted in the story, Brendan Flanagan of the National Restaurant Association suggests that members of his organization continue to predict job losses from higher wage mandates. The only thing his argument lacks is any proof whatsoever! Yet the association finds plenty of proof in a research paper prepared by David Neumark of the Public Policy Institute of California.

In his oft-quoted work, Neumark, indeed, shows instances of job losses at the lowest end of the wage scale due to mandated wage hikes. For example, black and Hispanic teenagers and inner cities with recently raised wages were likely to see some job losses. And job losses were also experienced by teenagers and high school dropouts in 1990-1991. Ignored in this data is the fact that the entire nation endured a recession during the same time span.

In other cases where job losses were observed after wage hikes, the decline appears to be in the range of 1 to 3%, assuming a wage hike of 10%. So, yes, job losses are possible, but you can parse this work in many different ways until you get the desired results.

But letâ€™s assume that Neumarkâ€™s work is the current standard on this issue and that we should expect a reduction in jobs at the lowest level after raising wages. Letâ€™s say of 100 workers making $10,000 a year, three lose their jobs and are left without income. This work ignores the basic economic truth that where there is a loser, there is frequently someone who gains. What about the 97% of those workers who kept their jobs at the higher wage rate? Sure, jobs were lost, but in the aggregate, the 100 workers earned almost 7% more pay, even when including the three workers who made nothing.

And the 97% who kept their jobs now have more money to spend, thus fuelling the economy, which demonstrates another basic aspect of economic theory — the â€œmarginal utilityâ€ of a dollar of earnings. For example, a $100 check in the hands of the richest person you know would be deposited in his bank account and sit there, since he already has all he needs and wants. But that same $100 in the hands of a worker making less than $300/week surely gets spent on the necessities of life. So that incremental money, in the hands of a worker, rather than in the corporate coffers of his employer, is almost guaranteed to work its way back through the economy, stimulating spending and â€“get this — creating more jobs!

But Neumark is not the only researcher delving deeply into this economic subject. A 1992 study by David Card and Alan Kreuger on the effects of rising wages on the fast food industry found no job loss attributed to rising minimum wages. In some cases, employment rose in the affected states. Researchers at Princeton University came to the same conclusions, though pro-business researchers could possibly change some variables or assumptions to come up with conclusions supporting their agenda.

Again, perhaps looking with our own eyes may be more important than reading what researchers on either side say about the effects of rising wages. Wages have been rising by mandate since 1938, and we see more entry level workers now than ever before.

And if you consider it logically, the argument that rising wages hurts workers seems absurd in the extreme. If that concept is true, the smartest thing you can do is to walk into your bossâ€™ office tomorrow morning and demand a pay cut! In that way, you will have increased your job security, pay lower taxes and help other workers in your peer group, since job creation will rise. Oh, and your employer will be better off, too!

Others argue that rising minimum wages are inflationary, causing employers to raise prices in response. That prospect seems possible to some extent, but really, doesnâ€™t the market sets prices? So the loser is really the wage payer, which may help explain his position on raising wages.

Remember, too, that the dollar has lost nearly a third of its value since 2000, or three years after the last federal minimum wage hike, making inflation a factor, regardless of what happens to wages at the bottom of the pay scale. Other factors, such as the Governmentâ€™s rapid-fire money printing are undoubtedly more inflationary than rising wages for the poorest 12% of our workers.

I would argue, too, that pay packages awarded to company CEOs and other managers are more inflationary. How much of Robert Nardelliâ€™s $210 million severance package will require higher prices at Home Depot stores? How much of that excess pay will fatten his investment account or holdings in favorite private equity groups, looking overseas for better profit potential? So is overpaying management a better economic boost than that doling that same amount into the hands of cash-strapped workers?

Televisionâ€™s Discovery Channel features an interesting show, â€œDirty Jobsâ€ with host Mike Rowe. In each episode, he works along side people in America â€œwho do the dirty jobs that make civilized life possible for the rest of usâ€™â€™. In the case of Home Depot, Iâ€™d scrape a few million from the poorly-performing Nardelli and spread it around to those who really make the company run. Wouldnâ€™t more jobs be created by their spending those dollars in our economy?

I donâ€™t, for one minute, claim to know much about economics research, yet , to me, Neumarkâ€™s work seems to conclude things that only a researcher with an agenda can find. But, then, when I hear that he has demanded a pay cut of his own, for his own good, I may take another look at what he has to say!

For now, the arguments against a minimum wage increase just seem far too weak to believe. 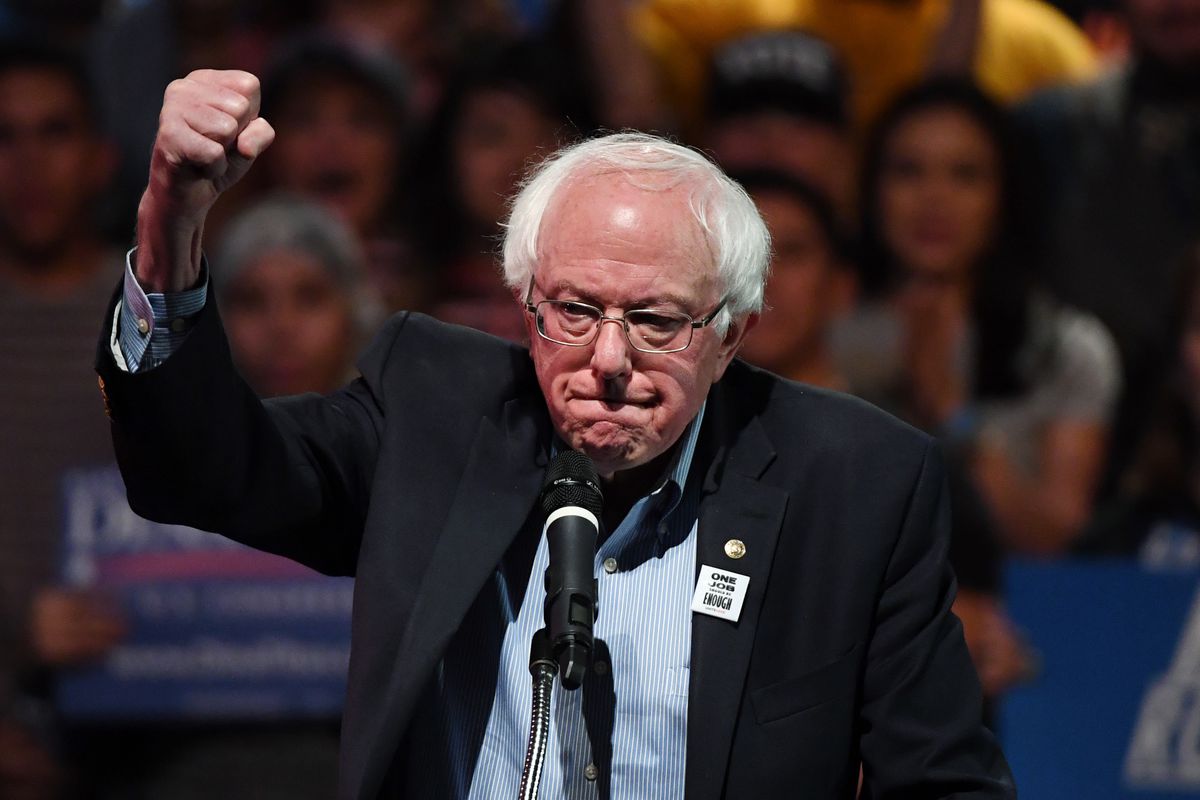 Remarks By The President During Iftar Dinner

Another Tragedy
Another tragic day. Another fateful night. Another day of national mourning. By Azher Quader It was Columbine High School, Colorado,…