â€œNobody wore hijab! This was 1978,â€ recalls Najah, as she recollects how and when she started wearing it. Najah put on her hijab (Muslim head-scarf) of her own volition when she turned 18. Her family was not very conservative and her mother could not understand why Najah was adamant about adopting hijab â€“ often associated with conservative Islam. It was a â€œforeignâ€ idea for her family. â€œWho is going to marry you?â€ her distraught mother asked as she thought it would obliterate marriage prospects for her young daughter.

â€œWe were less Muslim, more cultural,â€ says Najah about her family. But for her, it was a means to expressing her â€œidentityâ€ and the freedom that being American afforded her. Her inquisitive mind studied and â€œadopted Islam intellectually,â€ and thatâ€™s why her convictions were strong. She chose to follow her religion. It was not an imposition.

She refers to herself as a â€œnew thingâ€ – a by-product of a merger between being Arab, American, and Islamic – all at once. She believes these are not mutually exclusive identities â€“ even in a post 9/11 America. To top all this, being a woman should have added a burden. But not in Najahâ€™s case. A second-generation American of Arab descent, Najah experienced growing up in a neighborhood that was predominantly Arab and Muslim â€“ Dearborn, Michigan. She learned to navigate through attitudes and beliefs that were often conflicting, very early in life.

A mother of four, Najah exudes a calm radiance and passion at the same time. â€œI was proud to be a female and that was unusual in the context that I grew up in,â€ says Najah, referring to the typical patriarchal system in Muslim households.

â€œI gained a sense of self early onâ€, she says proudly. This confidence came from growing up in a house that was more matriarchal. â€œHe loved his girls,â€ Najah says about her father who was quite progressive for his time.

â€œThe first time you get hit, itâ€™s his fault â€“ the second time, itâ€™s yours. Because you allowed it,â€ Najah reminisces what her father would say to her. â€œSo I grew up with this identity and how a man ought to treat a woman, and how my father loved my mom,â€ exclaims Najah. â€œThe idea of women having a place was really integrated in our householdâ€¦..and because of that I realized that women can have space, and should. My parents were very fair. I saw a lot of inequality in our communityâ€¦.the men were getting educated but the women were not,â€ recalls Najah. Her father encouraged her to get an education and be confident.

Another factor that reinforced her sense of self and womanhood was through an understanding of womenâ€™s place in Islam and how much respect the religion gives them. That understanding and the â€œlove of God, unleashed huge potentialâ€ in her and is the motivation behind her humanitarian efforts.

Najah Bazzy is a registered nurse, a Transcultural Nurse Clinical Specialist and a Diversity Specialist, with 25 years specializing in the area of Transcultural Health Care.  She has an extensive background in critical care nursing with special expertise in Arab and Muslim health care, beliefs, and practices.  She is the CEO of Diversity Specialists and Transcultural Health Care Solutions. She is well known locally and internationally, for her lectures on many topics related to Islam, including interfaith dialogue, gender equity and equality, human rights, and medical ethics.

Bazzy is also the executive director and founder of Zaman International, a humanitarian non-profit organization that provides crucial services to many in the Metropolitan Detroit through its programs in refugee settlement, vocational training for women, mobile food pantry, infant burial assistance and an international well projects providing safe drinking water to at-risk populations.

Becoming a social activist and a humanitarian has been a journey for Najah. Caring for a brother born with muscular dystrophy instilled in her a life-long desire to help. â€œIt came naturally to me,â€ says Najah. As her life unfolded, she kept on evolving each time she came across something that made an impact. Walking into a hospital room where 220 fetuses were stored in jars, shocked her. She could not believe that these fetuses were unclaimed and not buried. This experience gave birth to the program Plots for Tots at her organization, Zaman International.

The refugee settlement services (Bayt ul Zahra) came from how she feels about homelessness and the challenges that new, low-income immigrants go through. Visiting an immigrant family for a home visit of their baby she had cared for in the hospital, left an indelible mark on her. This baby was dying of cancer. They brought the baby out in a clothes basket and had no furniture or utensils. Seeing that baby lie in that laundry basket on white towels was an emotional moment for her. To this day, she cannot believe what she saw that day. â€œThat was a moment in time when I said to myselfâ€¦I cannot NOT do something about this. I realized how privileged we were here (in America). It was quite an eye-opener for me. That is how Bayt ul Zahra started,â€ explains Najah.

She has taken a rather controversial stance on organ-donation which is a much-debated topic in Islam. Tears well up her bright, hazel-green eyes as she recounts a life-saving incident that made her decide that her heart, liver, kidney and lungs will donated when she dies. While working as a nurse in an open heart intensive care unit, she once had to help revive a heart patient. â€œWe had to split the chest open and retract the ribs. And there is this manâ€™s heart,â€ she remembers. The doctor shouted, â€œNajah pump the heart.â€ She remembers giving the patient a cardiac massage that saved his life. â€œI was exhausted. I had to process all that happened. I cried and fell apart. Itâ€™s all the same. This is a human family. Thatâ€™s the end of it. It does not matter where you come from. The awesomeness of God is profound. Doesnâ€™t matter what he dresses us up on the outside, we are all the same. I became a different person in that moment. I became a servant of His humanity,â€ she says with a broken voice.

Najah has her fair share of challenges: finding resources to support the humanitarian efforts, making people understand and have the same passion as her, and dealing with the occasional judgmental attitude of people. But her non-threatening demeanor and honesty gives her credibility.

She is a proud American and a proud Muslim who feels that her country has allowed her to be what she wanted to be and have that â€œblendedâ€ identity. But she is worried. In her opinion, the right Muslims who really love America and embrace it, and donâ€™t look at it as â€œjust an ATM machine,â€ are the only hope against the growing Islamophobia. She just wants to keep doing her part and leave the rest to the divine grace of God. 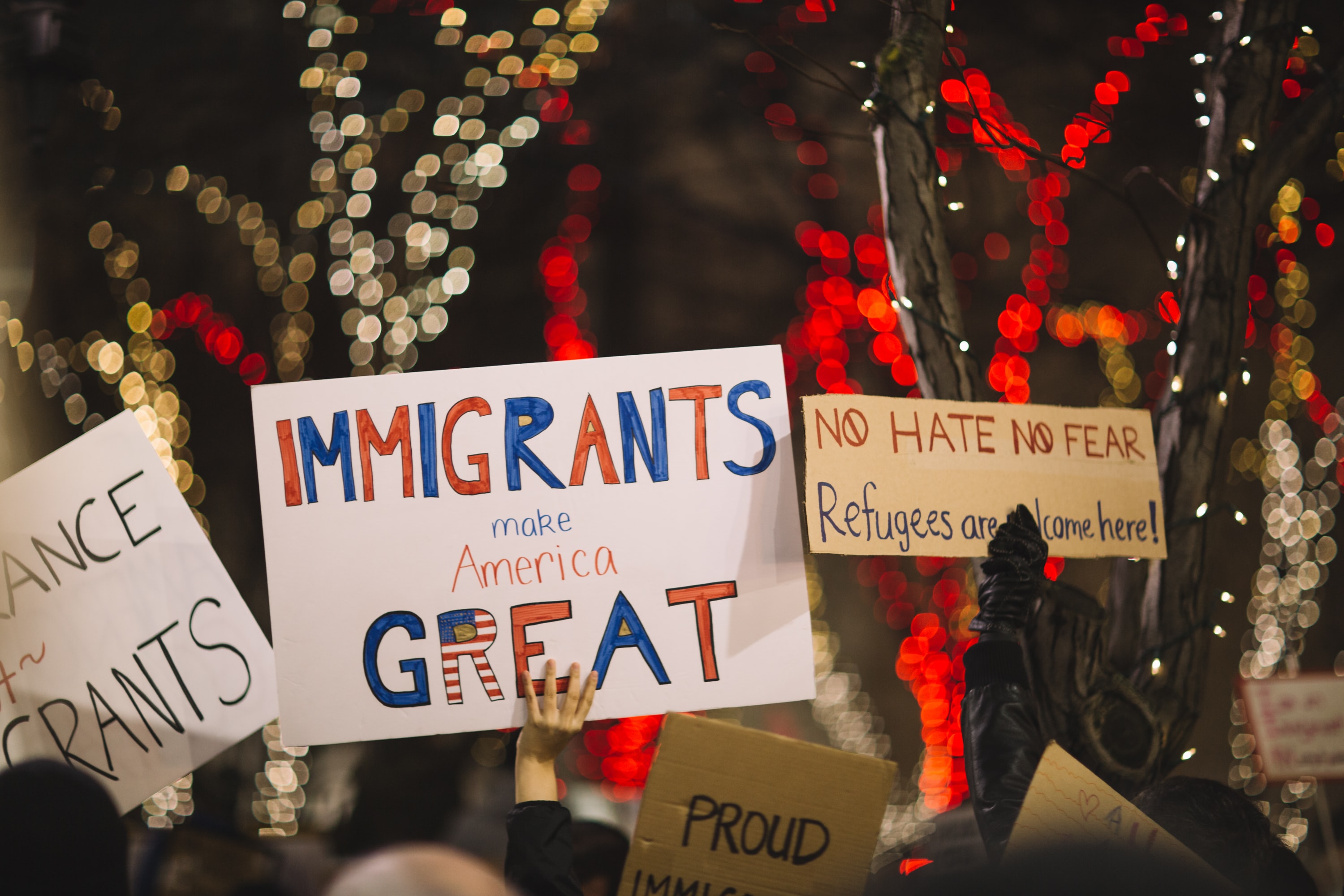 Who Killed Hemant Karkare?
By R.H. Editorâ€™s Note: For the first time, the Indian state was conducting a thorough professional probe into a terror…