Editorâ€™s Note: Plastic surgery is on the rise in ethnic communities across the United States, and in 2005 Asian-Americans had 437,000 cosmetic surgeries, up 58 percent from 2004. NAM editor Andrew Lam, who contemplated getting double eyelid surgery, could have been part of that statistic. Lam is the author of â€œ
Perfume Dreams: Reflections on the Vietnamese Diaspora.â€

SAN FRANCISCOâ€“Three decades ago, fresh from the refugee camp of Vietnam, I was first made aware of my Asian looks by a schoolyard bully in my junior high. He pulled the sides of his eyes back to make them look slanted and sang the ditty now made famous by Rosie Oâ€™Donnell recently on The View â€”â€œChing Chong, Ching Chong Chinaman.â€ Well, good old Iâ€™m-funny-not-a-racist Rosie didnâ€™t say â€œChinaman,â€ but you get the point.
I never thought of how I looked living in homogenous Saigon, but in America, as an outsider barely speaking English, I was fodder for teasing and racist epithets. In the bathroom one night, I used a toothpick to push up my epicanthic folds. They held for a few seconds, giving me the appearance of rounder eyes, and a glimpse of what I might look like with double eyelids. I had contemplated cosmetic surgery, and for a few months, even saved money for the purpose.

I never went through with the surgery, but my experience is hardly unique. The pressure to alter oneâ€™s features and body is endemic in every group and ethnic community in America, and in Asia it is as routine as having oneâ€™s wisdom teeth pulled. But the number of minorities getting plastic surgery is apparently on a steep rise.
According to a survey by the American Society of Plastic Surgeons (ASPS), the number of minorities getting plastic surgery quadrupled between 1997 and 2002. And in 2005 Asian-Americans had 437,000 cosmetic surgeries, up 58 percent from 2004.

One only needs to open a Vietnamese magazine or newspaper in San Jose or Orange County to see the onslaught of ads for cosmetic surgery: eyebrow tattoos, dimple and split chin fabrications, laser treatments for skin blemishes, facelifts, breast augmentationsâ€”you can have it all and with an easy-to-pay credit plan. But the most popular are nose and eye surgeries. In the online business directory of the Southern California-based Nguoi Viet Daily News, where the largest Vietnamese population in the US lives, there are more than 50 local listings for cosmetic surgery.

Looking at these ads, I must admit that I find both the â€œbeforeâ€ and â€œafterâ€ pictures slightly disturbing. In the â€œbefore,â€ which is often out of focus, the woman is displayed in a downtrodden, bereft look â€” a mess of misery to go with her messy hair. But in the â€œafterâ€ picture, she is all smiles, well-dressed and coiffed. She poses in a kind of exaggerated cheerfulness â€” cheerful, I suppose, because her features have been altered. Apparently along with the surgery, the image suggests, her outlooks on life has dramatically changed as well.
I wish happiness were so easily obtained. While I am not against it, and have friends and loved ones who have had plastic surgery, I canâ€™t help but find that thereâ€™s an inherent complex attached to altering oneâ€™s facial features â€” especially for an Asian-American. After all, I have never heard of someone who goes under the knife to have a double-eyelid reversal surgery or his classic roman nose flattened.

For a long time plastic surgeons worked with the Anglo-Saxon ideal of beauty, and medical schools a few decades ago did not acknowledge racial distinctions when it came to plastic surgery. A classic Roman nose was standard, and so was a double eyelid. Going under the knife in the name of beauty was, for a long time, a move toward having a Caucasian face.

Indeed, Asiaâ€™s relationship with the West has been traditionally contradictory when it comes to self-image. Vietnamese children of mixed parentage born of American GIs during the war, for instance, were a permanent under class, and their conditions worsened after the war ended. Perceived as children of the enemy, they were often derided, chastised and beaten. But these days those mixed childrenâ€™s features are coveted by many wealthy people in Saigon and Hanoi. They want their noses, eyes, lips, and would save a fortune to go under the knife to look like them.

Or take Japanese animation. While Japanese cartoons and comic books are taking the world over by stormâ€”and are a source of pride for Japanâ€”on closer inspection, one wonders if such pride is justified.
Characters in popular shows like InuYahsa or YugiOh or Naruto, to name a few, all have round, large eyes that are often blue or green, and their hair is blond, brown or red. Japan, even as it struggles to make itself a global political player, by the look of its manga and anime, seems strangely beholden to the visage of their World War II conquerors.

However, there is a new â€œlook Eastâ€ movement underfoot â€” a growing Asian social consciousness in the United States and Asia. Plastic surgeons have begun to develop techniques to preserve ethnic characteristics and retain their identity. The changes are now more subtle: the nose is no longer as pointy, and doctors are not removing as much fat near the lower eyelid to avoid the Caucasian look.

â€œEthnic correctnessâ€ is the new catch phrase in cosmetic surgery, reports Anna M. Park in Audrey Magazine, a fashion magazine for Asian-American readers. â€œWith a growing appreciation for diversity and a higher social awareness come advances in technique and deeper understanding of the anatomy of the Asian eye, resulting in more ethnically sensitive procedures.â€ A Chinese-American friend, who has had excess fat removed from her eyelids, told me she never thought she wanted to â€œlook white.â€ â€œIn fact, I wanted to look natural but better. So if no one noticed I had it done, then thatâ€™s great.â€ It was the older generation, she said, that was obsessed with â€œlooking like Audrey Hepburn and Kim Novak.â€

It also helps that many young Asian entertainers have resisted cosmetic surgery. Korean pop stars have been the rage in Asia as well as among Asian immigrants in America, and on top of that food chain is the 23-year-old superstar Rain, whose classic Korean features havenâ€™t deterred fans in the least. Heâ€™s the biggest thing in Asia since Michael Jackson, sans the plastic surgery knife.

And Zhang Ziyi (â€œCrouching Tiger, Hidden Dragonâ€), Sandra Oh (â€œSidewaysâ€ and â€œGreyâ€™s Anatomyâ€) and Lucy Liu (â€œCharlieâ€™s Angelsâ€), to name a few, are famous actresses with very distinctive Asian features.
These days I take comfort in knowing that there are more people who look like me in the world than not. Having traveled throughout Asia over the years, my sense of beauty has become pluralized, and is no longer limited to a singular ideal.

Despite Oâ€™Donnellâ€™s â€œChing Chongâ€ comment, I must say Iâ€™ve been inspired by her in the past.
She refuses the pressure of Hollywoodâ€™s standards of beauty, its liposuctions and chin tucks, even as she lives in the glaring limelight. She has grown into her own skin. And so have I. 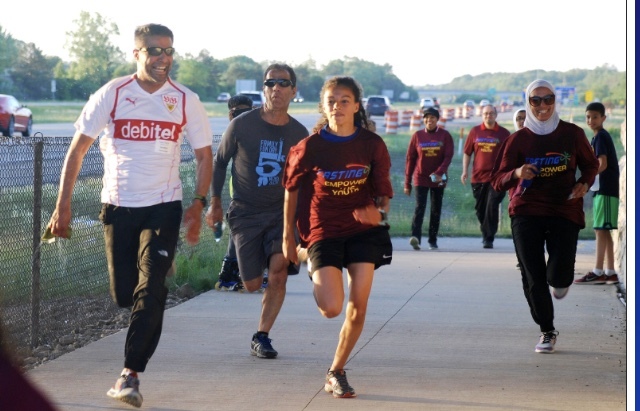 Indonesia cranks up aid and rescue effort after quake
By Jalil Hamid SOLOK, Indonesia (Reuters) - Aid began to flow on Wednesday to survivors of deadly earthquakes in Indonesia's…

© 2020 MuslimObserver.com, All Rights Reserved
Why is the Coalition Losing the â€œWar against Terrorâ€? Book Reviews
Scroll to top