Peace: a 4-Letter Word in Israel

Editorâ€™s note:  Uri Avnery is a distinguished Israeli writer, peace activist and former lawmaker. Founder of Gush Shalom peace movement, Avnery has had a ring-side view of the Middle East and the Arab-Israel conflict for the past seven decades.  His opinions are his own.

An Israeli boy blows a shofar, a ramâ€™s horn, in a shop in the Mahane Yehuda market in Jerusalem, Israel, September 24, 2014. UPI/Debbie Hill

In todayâ€™s Israel, using the word â€œpeaceâ€ in political discourse is almost indecent. A four-letter word (as indeed it is in Hebrew and Arabic). One may still express a wish for a â€œpolitical settlementâ€, but even that sounds a bit suspicious.  As the Jews around the world usher in the Jewish New Year, is it time for a new awakening?

RESEARCH SHOWS that one of the most often used words in Hebrew is â€œShalomâ€. Israelis greet each other with â€œshalomâ€ and many of them do the same when parting. (The others use the two slang words â€œyallah byeâ€, the one Arabic, the other English.)

Shalom is not a synonym of the European word â€œpeaceâ€, as many believe. It is far more. It is based on the root â€œwholeâ€ and conveys the sense of wholeness, safety, wellbeing. In no European language can you say â€œour soldiers attacked the enemy and returned to their base in shalomâ€.

In Arabic, Salaam has the same meaning.

But even in its restricted meaning for peace, shalom expresses a profound human longing. From antiquity, people craved for peace and dreaded war. â€œDona nobis pacemâ€ â€“ â€œ(God) give us peaceâ€ â€“ is part of the Catholic mass. Several composers have set it to music. I remember singing it as a child.

Yet in todayâ€™s Israel, using the word â€œpeaceâ€ in political discourse is almost indecent. A four-letter word (as indeed it is in Hebrew and Arabic). One may still express a wish for a â€œpolitical settlementâ€, but even that sounds a bit suspicious.

RECENTLY, HAARETZ columnist Ari Shavit, who is popular among American Jews, has written an article in which he equally condemns â€œextreme rightistsâ€ and â€œextreme leftistsâ€, those who advocate war and those who advocate peace. He succeeded in creating a furor. Leftists protested that they have never murdered any opponent, let alone a prime minister, while the Rightists have done so and much more.

Can one compare, say, the leader of the Meretz party, Zehava Galon, with Miri Regev of Likud? (Recently, Regev, a very good-looking former chief army spokeswoman, sued a blogger for calling her â€œa whore with the mouth of a cesspoolâ€.  The suit was rejected by the court.)

Israelâ€™s best and brightest attacked Shavit. Columnist Akiva Eldar,  the word-renowned sculptor Dani Karavan (whose work includes the wall behind the Knesset speaker) and many others condemned his reasoning. How can one compare?

The Right is leading us towards an apartheid state in which a Jewish minority will oppress an Arab majority, while the Left advocates a situation in which both peoples live side by side in peace. Where is the symmetry?

But columnists love symmetry. Condemning both sides gives an impression of superiority and even-handedness. Also, it allows their readers to think that they are free spirits, soaring high above the tumult of the masses.

For politicians, the temptation is even greater. Both Leftists and Rightists claim to belong to â€œThe Centerâ€, on the assumption that that is where most votes are to be found. Also, if you are on the Right, you assume that Rightists will vote for you anyhow, so it is more profitable to invest all your efforts in â€œThe Centerâ€. The same goes for Leftists.

This leads to a distortion of the political process. Both sides hide or play down their real views in order to please a group of voters who hold no views at all, and who, frankly, donâ€™t give a damn.

In other words, those who care least about the future of the nation are deciding who shall lead the nation into the future.

It makes one think of Winston Churchill, who said that the best way to despair of democracy is to talk with a voter for five minutes. However, the same Churchill also said that while democracy is a very bad system, all the other systems which have ever been tried are worse.

SHAVIT DOES not object to peace. On the contrary, he loves peace.

He even advances his generous peace plan: If Mahmoud Abbas unequivocally accepts Ehud Olmertâ€™s peace proposal, and if all the Arab states give up all claims for the return of the Palestinian refugees, he, Shavit, is ready to negotiate for peace.

Sounds a little bit naÃ¯ve to me.

Olmert submitted his peace proposal when he was already on the way out, after being indicted for corruption. I donâ€™t remember its contents, nor, I suspect, does anyone else. It fell short of the Palestinian terms. Why should Abbas accept an Israeli plan from a bankrupt politician before negotiations?

As for the refugees, that is even more infantile. The refugees claim is by far the strongest card of Arab diplomats. They may give it up, but only after a long and hard struggle in return for an adequate price: a Palestinian state, a capital in East Jerusalem, a connection between the West Bank and Gaza, for starters.

Giving up the claim even before negotiations start is, well, a bit unrealistic. It shows that Shavit is innocent of any understanding of what peace means.

THE ISRAELI left is not dead. It is what the Germans call â€œscheintotâ€, still living but left for dead. (It was one of the nightmares of my childhood to be buried for dead while still living.)

The Labor Party is a pitiful remnant of the powerful force that led the pre-state community and the struggle for the creation of Israel. Nowadays it is led by pitiable people, and foremost by the official â€œleader of the oppositionâ€, Yitzhak Herzog. During the recent war, the party was mute, except for giving Binyamin Netanyahu from time to time unsolicited and ignored advice about how to better conduct the war.

Meretz was scarcely more vocal. As long as the cannons were thundering, its muses were silent.

Neither of the two parties has the slightest chance of changing the course of events. In polls, Herzog attracts one-digit preference for prime minister.
And the Arab parties? Whoâ€™s asking? Nobody? OK.

TWO WEEKS ago, on my 91st birthday,  I asked myself: if I were 25 and straining for action, how would I go about trying to create a new Left?

My first advice to myself would be: donâ€™t behave like the aborigine, who bought a new boomerang and threw away the old one, which hit him squarely on the head. I would banish the old boomerang to a closed cupboard and acquire a shining new one.

How? First I would get rid of all the old slogans, appellations and trademarks, starting with â€œLeftâ€.

We need a new appellation, one acceptable and lovable by all the different sectors of current Israeli society: Men and women, Ashkenazis and Orientals, religious and secular, Jews and Arabs.
That is a tall order. I would set up focus groups in each sector, thrash it out among them and between them, find something original, Hebrew, that speaks to the hearts of people, not just to their minds.

Emotions are terribly important. For a long time, the Israeli Left has been dry and sterile, unable to excite. At demonstrations of the â€œZionist Leftâ€, there is no enthusiasm, no uplifting songs, nothing like â€œWe shall overcome!â€

Peace, democracy, equality, humanism â€“ these are not empty and obsolete slogans. Combined with respect for Jewish and Arab traditions and the wisdom of the ancients, as well as for the unique contribution of each of the different sectors to the common good, they can be an exciting new mixture.

We need, as Martin Luther King so eloquently put it, a dream. A vision. Not just an election program.

AVISION needs an instrument for its realization. Without an exciting new vision, there can be no new political force. But without a political force, the vision will remain a dream.

The old Left is moribund because during the last sixty years it has given up, without a fight, all its instruments of power â€“ from the once powerful Histadrut (trade union organization) to almost all its media. The leftist malaise of fragmentation is still sapping its strength. We have scores of peace and human rights associations, many of them composed of wonderful people doing a wonderful job in the fight against war, occupation, social inequality and oppression, each in a niche of its own. They are, alas, incapable of uniting in order to set up even the most elementary of joint instruments.

Politics is a matter of ideas and power. Both have to be formed from scratch.

FORTUNATELY, I am no longer 25 years old, and gladly leave the task to the younger generation.

According to the Jewish calendar, a new year started on Thursday, two days ago. Letâ€™s hope that it will see the first step towards the awakening.

The Scourge of Piracy

What Happens When the Government Decides to Deport Someone? 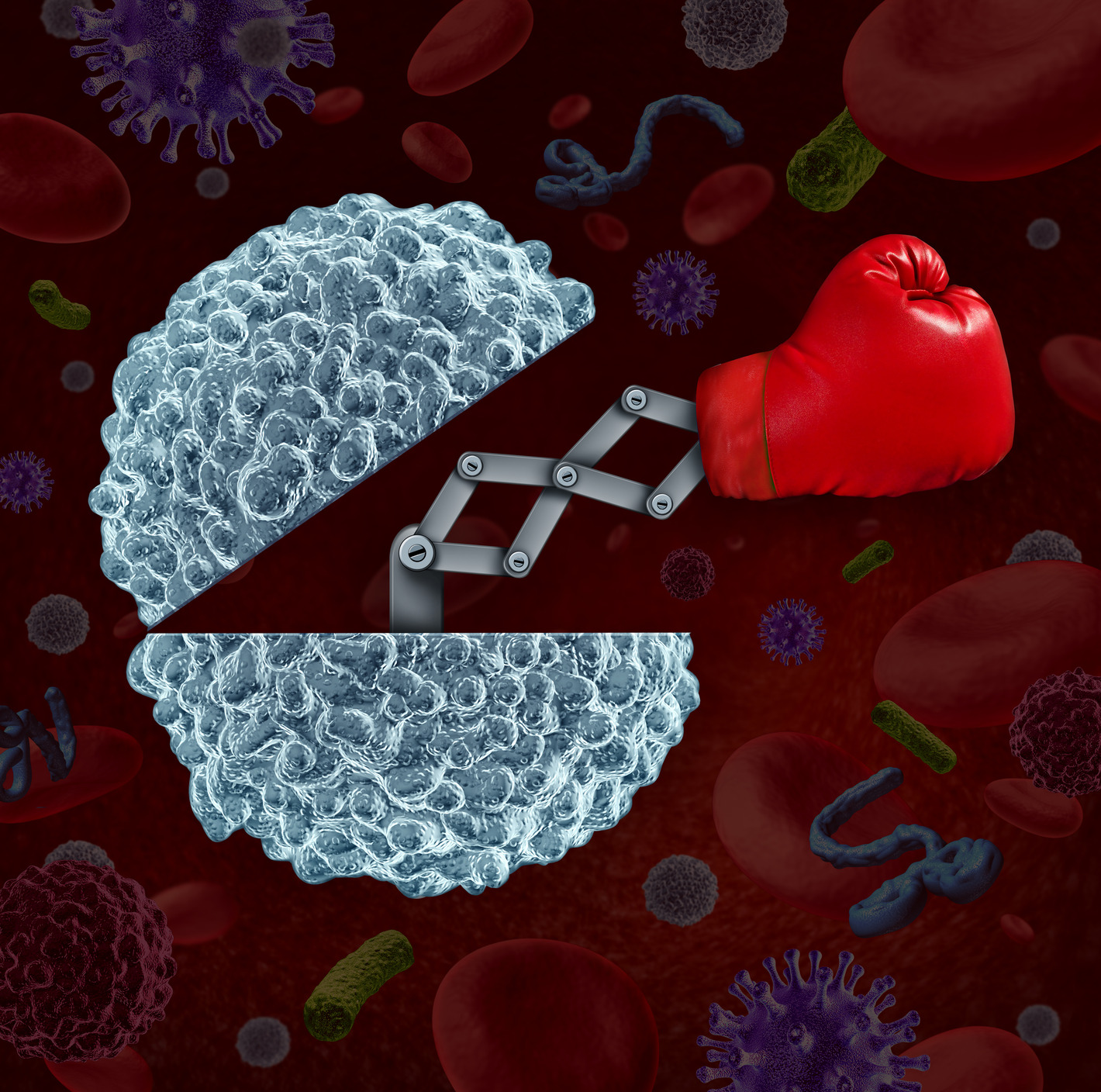