The University of California in Irvine held a week long educational event titled: Palestine: An Invisible Nation. Beginning on the 5th of May and lasting through the 12th, multiple events took place illuminating the plight of the Palestinians under the boot of Israel. Well known speakers including Alison Weir of If Americans Knew; Holocaust survivor Hedy Epstein, and University of California in Berkeley Senior Lecturer Hatem Bazian, spoke movingly to their audiences. Topics covered included Anti Semitism: The Zionist Facade; BDS: Apartheid ends Here, and Taking Bullets for Palestine.

The latter was particularly impressive. The presenter, a young Jewish Israeli citizen, Matan Cohen, spoke in a popular outdoor area known as The Flagpole. Shortly after he began to speak in front of the waiting audience others walking along this popular commons joined him. When he was about half way through his presentation a group entered the area carrying Israeli flags and placards supporting Israel. They walked in a circle around the speaker and the perimeter of his audience. A number of them spoke out during the presentation, and Mr. Cohen had to ask them to hold their comments until he was done, and he would enjoy addressing them during the question and answer session.

Mr. Cohen said that when one country occupies another, the occupied country becomes invisible. He called on young people in Palestine to march on Israeli roadblocks and roads marked â€œFor Jews Onlyâ€ on the 15th of May – the anniversary of the Nakba.

â€œAs an Israeli Jew I stand with my Palestinian brothersâ€.

He said that Israel wants a democratic state for Jews and a Jewish state for Palestinians. While he referred to himself as an optimist, he warned that Operation Cast Lead might have been only the beginning.

â€œThere seem to be a lot of hecklersâ€ said one young woman.

â€œNoâ€ said a woman standing next to her. â€œThey continuously circle the area to make themselves look like a larger crowd than they areâ€.

He spoke of the onslaught of repression within Israel against non-Jews.

After the event, students in the crowd spoke among themselves, discussing his speech and the calm and intelligent manner he used while addressing the hecklers. A recurrent theme was admiration for his courage in speaking  out and working for justice while living in Israel. 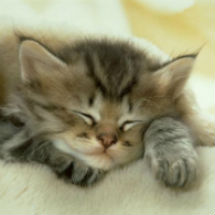 Whose group was behind the provocative Mohammad cartoon contest?

Books for all Ages
By Dana Inayah Cann The Art and Architecture of Persia By Giovanni Curatola and Gianroberto Scarcia ... and ... The…

© 2020 MuslimObserver.com, All Rights Reserved
Electoral Verdict & Muslims’ Success! Eyewitness to the Fight for Freedom in Libya
Scroll to top