RAWALPINDI, Pakistan– In early June, about 300 fighters from jihadist groups came together for a secret gathering here, in the same city that serves as headquarters to the Pakistani army.

The groups were launched long ago with the army’s clandestine support to fight against India in the disputed Himalayan region of Kashmir. But at the meeting, they agreed to resolve their differences and commit more fighters to another front instead: Afghanistan.

“The message was that the jihad in Kashmir is still continuing but it is not the most important right now. Afghanistan is the fighting ground, against the Americans there,” said Toor Gul, a leader of the militant group Hezb-ul Mujahedeen. The groups included the al-Qaida-linked Jaish-e-Mohammed and Lashkar-e-Tayyaba, banned by Pakistan and branded terrorists by the U.S., he said.

The U.S. military says militant attacks in eastern Afghanistan have increased 40 percent this year over 2007. And for two straight months, the death toll of foreign troops in Afghanistan has exceeded that of Iraq. On Sunday, nine U.S. soldiers were killed in an ambush in Afghanistan’s eastern Kunar province, the deadliest single attack for the U.S. since June 2005.

Pakistani military and European intelligence officials, speaking to The Associated Press on condition of anonymity because the information is sensitive, confirmed the June meeting and said it was the second such gathering this year. A senior military official described the inability to prevent the meetings as “an intelligence failure.”

Despite growing pressure on Pakistan to quell Islamic militancy, jihadist groups within its borders are in fact increasing their cooperation to attack U.S. and NATO forces in Afghanistan, according to interviews with a wide range of militants, intelligence officials, and military officers.

Militants say they operate with minimal interference, and sometimes tacit cooperation, from Pakistani authorities, while diplomats say the country’s new government has until now been ineffectual in dealing with a looming threat.

“Where there were embers seven years ago we are now fighting flames,” a serving Western general told The Associated Press, referring to both Afghanistan and Pakistan’s border regions. He agreed to be interviewed on condition his identity and nationality were not revealed.

A Pentagon report released late last month described a dual terror threat in Afghanistan: the Taliban in the south, and “a more complex, adaptive insurgency” in the east. That fragmented insurgency is made up of groups ranging from al-Qaida-linked Afghan warlords such as Gulbuddin Hekmatyar’s radical Hezb-i-Islami group to Pakistani militants such as Jaish-e-Mohammed, the report said.

Hekmatyar’s is the strongest rebel group in Afghanistan’s Kunar province, where Sunday’s deadly ambush occurred. His group has also had close contacts with jihadi groups in Pakistan.

In the past, the Taliban were suspicious of the mujahadeen groups with close associations to the Pakistani military and intelligence. But now Gul, who fights alongside Hekmatyar’s men in Kunar province, said they are united in the fight for Afghanistan. He told the AP he had been to Kunar in the last two months but refused to be more specific.

Mark Laity, NATO spokesman in Afghanistan, said Pakistan’s new civilian government has reduced its preventive military action and is trying to negotiate peace deals with the militants. He expressed concern that the deals were leading to “increased cross border activity.”

The Pakistani government also appears to be loosening its grip on the volatile northwest, where the influence of Islamic extremists is expanding. Al-Qaida leader Osama bin Laden is believed to be hiding somewhere along the rugged, lawless Afghan-Pakistan border.

Pakistan’s Mohmand and Bajaur tribal areas are emerging as increasingly strong insurgent centers, according to Gul, the militant. His information was corroborated by Pakistani and Western officials. Both those tribal areas are right next door to Afghanistan’s Kunar province.

“Before there were special, hidden places for training. But now they are all over Bajaur and Mohmand,” he said. “Even in houses there is training going on.”

A former minister in President Pervez Musharraf’s ousted government, who did not want to be identified for fear of reprisals, said insurgents were being paid between 6,000 and 8,000 rupees — the equivalent of $90 and $120 — a month in Mohmand and grain was being collected to feed them. He did not identify the source of the donations but said Pakistan’s army and intelligence were aware of them.

Maulvi Abdul Rahman, a Taliban militant and former police officer under the ousted hardline regime, said jihadist sympathizers in the Middle East are sending money to support the insurgents and more Central Asians are coming to fight. Rahman said under a tacit understanding with authorities, militants were free to cross to fight in Afghanistan so long as they do not stage attacks inside Pakistan, which has been assailed by an unprecedented wave of suicide attacks in the past year.

“It is easy for me now. I just go and come. There are army checkposts and now we pass and they don’t say anything. Pakistan now understands that the U.S. is dangerous for them,” he said. “There is not an article in any agreement that says go to Afghanistan, but it is understood if we want to go to Afghanistan, OK, but leave Pakistan alone.’”

The Taliban appears to have considerable latitude to operate. Last month Baitullah Mehsud, the chief Pakistani Taliban leader, held a news conference attended by dozens of Pakistani journalists in South Waziristan tribal region. Authorities did nothing to stop it, although the Pakistani government and the CIA have accused Mehsud of plotting the December assassination of former premier Benazir Bhutto.

Journalists who attended said there were no security forces to be seen as a convoy of as many as 20 vehicles passed into the Mehsud’s hideout — not far from where the army itself had taken an entourage of foreign journalists just a week earlier.

Tensions in Pakistan’s anti-terror alliance with the United States are growing. U.S. airstrikes during a border clash with militants on June 10 killed 11 Pakistani paramilitary troops — the deadliest incident of its kind, prompting a sharp rebuke by Pakistan’s army to Washington.

Pakistan’s army vehemently denies giving covert aid to militants and points out that 1,087 of its soldiers have died in the tribal regions since 2002 — more than the U.S. military and NATO have lost in Afghanistan.

“If anyone says the army is providing sanctuary, nothing could be further from the truth,” army spokesman Maj. Gen. Athar Abbas said. He criticized the U.S. and NATO forces for failing to capture insurgents when they cross into Afghanistan or stop them from coming into Pakistan.

“Is it the responsibility of only one side to stop the border crossings?” he asked.

A senior government official also said Pakistan — which once backed the Taliban but formally abandoned its support after the Sept. 11 attacks on America — has become the scapegoat for U.S. and NATO failures in Afghanistan.

“They don’t want to tell their bosses that they’ve made a mess of it in Afghanistan, where there is no governance, corruption is everywhere and the Afghan government is involved up to the hilt in heroin smuggling, gun running,” said the official, who had the authority to speak only if his name was not used. He denied the army was helping militants.

“Maybe one or two individuals are allowing things to happen, but as a policy it makes no sense to me. Just because we were in bed with them once doesn’t mean we are today.”

However, the Afghan government has directly accused Pakistani intelligence of plotting a recent assassination attempt on President Hamid Karzai and the July 7 bombing outside the Indian Embassy in Kabul that killed at least 58 people.

Such allegations are virtually impossible to substantiate. But retired Pakistani general Talat Masood said the army still treats militants and Afghan rebels as “assets” because of its deep conviction that India is expanding its influence in Afghanistan and using its consulates there to foment an ethnic rebellion in Pakistan’s troubled southwest Baluchistan province.

“There are certain (militant) groups that have the full blessing of the army, some to which they are neutral and some they are against,” he said.

Although Pakistan has received some $10 billion in mostly military aid since 2001, the army mistrusts the United States — worried it could one day abandon Pakistan and even turn its guns on a country where it has repeatedly voiced concern that al-Qaida’s leadership is regrouping.

“They still believe in the same thing — that America will leave them tomorrow,” Masood said. “And we’ll be left high and dry with India strong, and a hostile government in Afghanistan and that we will have no friends.”

A Victim of Israeli Military Action 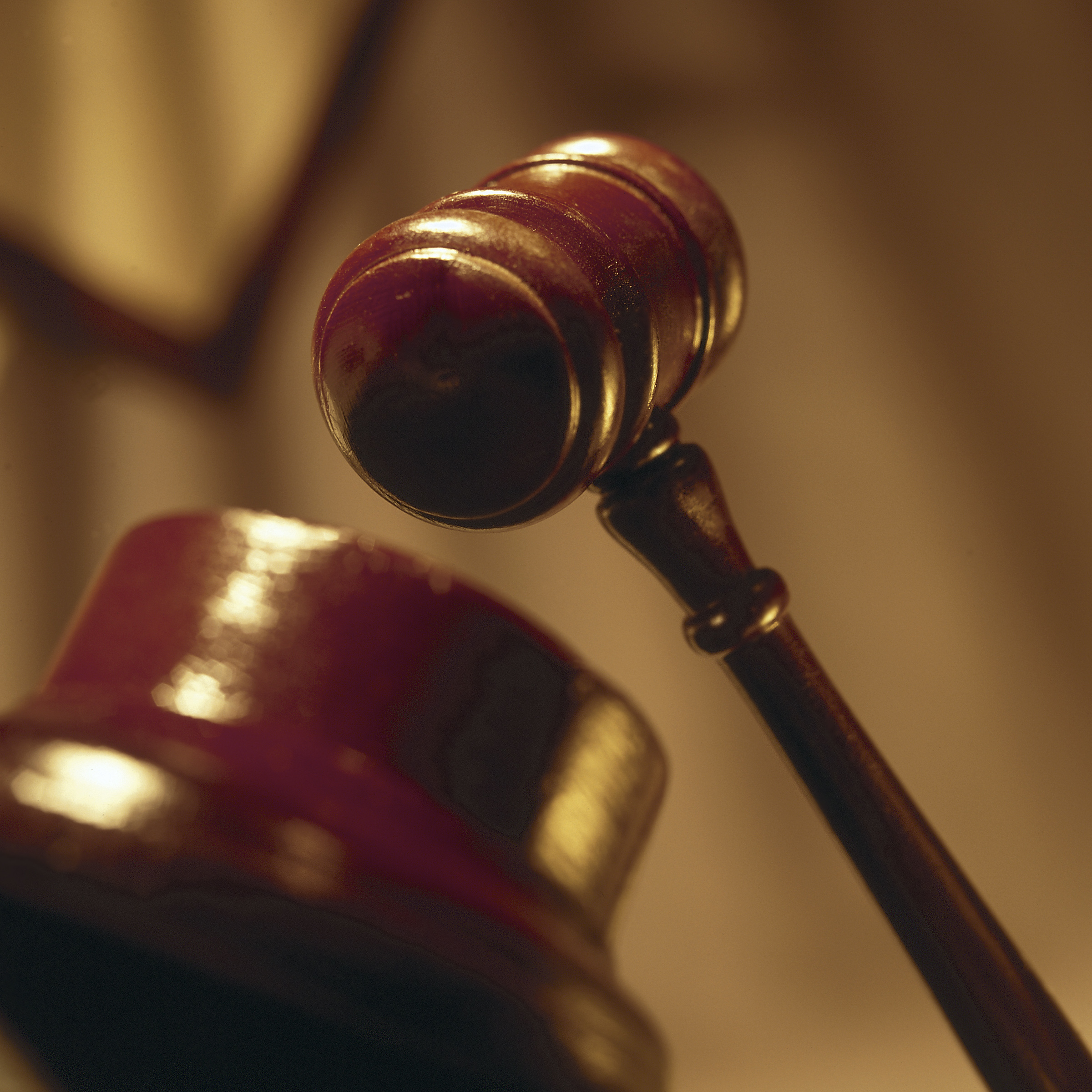 Defending my client (part 2 of 2)
[caption id="attachment_20460" align="aligncenter" width="800"] Photo credit: Clipart.com[/caption] By Sajid Khan In the interim, I went back to the jail to…