A new coalition working to combat substance abuse and the greater stigma that comes with it, inside the Arab American communities launched last Tuesday with an open town hall meeting. This new coalition, Safety, Addiction, Family and Education, or SAFE, is comprised of psychiatrists, doctors, professionals, judicial officials, and educators.  The event was held at HYPE Athletics in Dearborn Heights and drew in hundreds. 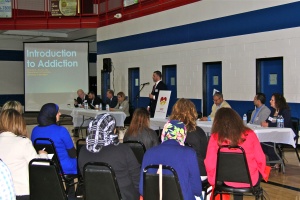 “The national health epidemic related to substance abuse and prescription/drug addiction is an issue that has been swept under the rug in the Arab-American community for far too long,” SAFE says in their mission statement.

“We cannot continue to cry at funerals and say ‘I wish I would have.’  SAFE is about breaking the cultural barriers we have about this issue,” Abdallah said in his introduction, referring to several deaths that have hit the Arab American community this past year alone, with drug abuse being the root cause.

However, the families struck with this tragedy still have difficulties acknowledging it, fearing social community backlash.

“It’s not a matter of wanting to stop, the individual can’t stop,” says Jouney when explaining the cycle of addiction.

“Like other chronic diseases, addiction often involves cycles of relapses and remission. Without treatment or engagement in recovery activities, addiction is progressive and can result in disability or premature death,” added Jouney.

Judge Davis shared a story about her daughter who, when a senior in high school, was a straight-A student, involved in sports and after-school activities, and had a list of great colleges whom have already accepted her. Judge Davis was always praised for raising such a great child.  Then she shared that a few weeks after parent-teacher conferences, she woke up at 4 a.m. to hear her daughter sobbing in her room.  She came to find out that this straight-A student of hers struggled with a heroin addiction.

“I was literally watching her die in front of me,” Davis said. “I was totally helpless. I didn’t know what to do. We sent her from one treatment center to another. None of them seemed to make a difference. She went from being a healthy teenage girl to an 80-pound skeleton whose eyes were hollow. She was unrecognizable to me.”

Davis described the many sleepless nights and efforts of trying to help her daughter, going from place to place.  Then she finally worked up the courage to go totally public with her daughter’s struggle, hoping for new treatment methods and ideas. Though her main reason for wanting to go public with her story is try to help other families who may find themselves in a similar situation.  After doing so, she found it to be a therapeutic opportunity for her.

“I want you to understand what a serious family disease this is.  I will tell you that this was the most embarrassing thing that has happened in my life. I still cringe when I have to stand up in front of a group of strangers and talk about this. We are afraid of being ostracized and no one would understand. As a result of that, kids are dying and families are crumbling right before our very eyes,” David concluded.

It’s been almost eight years since Davis’ struggle began, and now her daughter is in college, drug free and working to keep it that way.

SAFE aims to lead and support the Greater Dearborn community to dispel the myths and stigmas about drug addiction through public education, sharing stories of recovery, partnering with local and state leaders to advocate for our cause, creating positive social changes and providing recovery support services for those in need. The coalition is planning more events with the assistance of local mosques for the upcoming month of Ramadan. 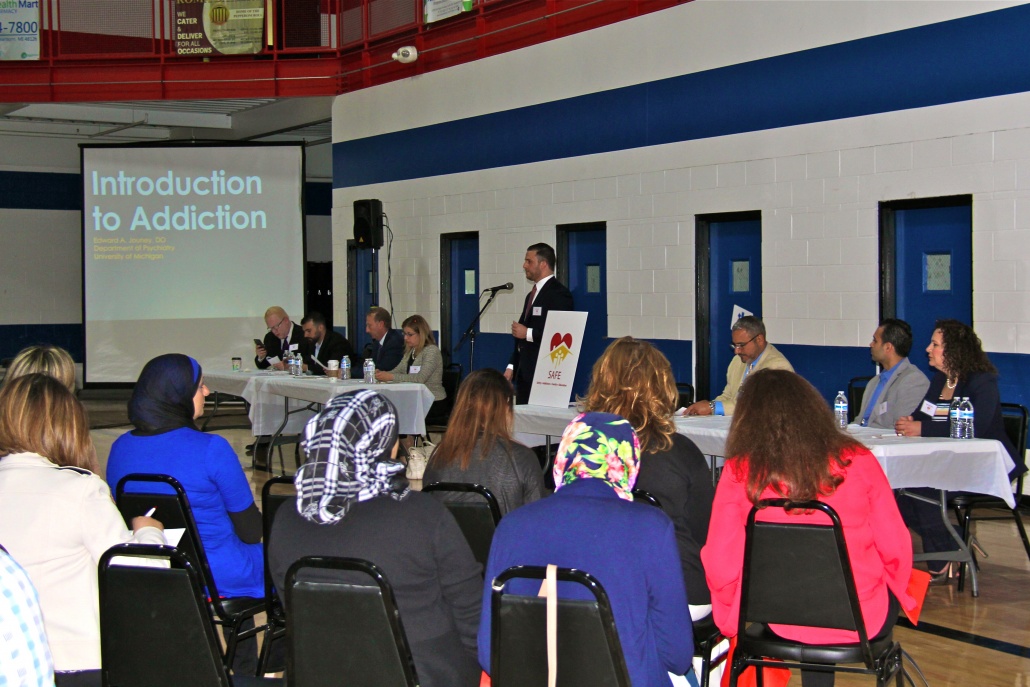 Federal Government Reinstates the Estate Tax – What That Means to You

The Delta Variant and The 4th Wave of Covid in South Asia
By Mahvish Akhtar According to BBC, The World Health Organization (WHO) recently deemed the Delta variant, which originated in India,…