Muslim women in Los Angeles start a mosque of their own

(RNS) A downtown Los Angeles interfaith center that once served as a synagogue was the site of a historic worship service last week, as dozens of women gathered for Friday Muslim prayers in what is being dubbed the first women’s-only mosque in the United States.

Hasna Maznavi, founder and president of the Women’s Mosque of America, and co-president Sana Muttalib, said they are following the example of women pioneers at the forefront of Islamic education and spiritual practice.

“Women lack access to things men have, professional or religious,” said Muttalib, a lawyer. “I think this is our contribution to help resolve that issue.”

Maznavi, a filmmaker, said women-only spaces have been part of Islamic history for generations and still exist in China, Yemen and Syria. In the United States, nearly all mosques separate the sexes. Women pray in the rear of the prayer hall or in a separate room from male congregants.

About 100 women attended the jumah or Friday prayer on Jan. 30 in a rented space at the Pico Union Project, just a few minutes from the Staples Center.

Edina Lekovic, director of policy and programming at the Muslim Public Affairs Council, gave the sermon.

Several women tweeted after the event, conveying their enthusiasm. But some questioned the propriety of women leading prayers that have traditionally been performed by men.

Muslema Purmul, a chaplain for Muslim students at UCLA, wrote a post on her Facebook page that there isn’t such a thing as a woman-led Friday prayer.

“A women’s jumah is legally invalid according to all the opinions I know about,” she said.

But Purmul said she wasn’t condemning the event and supported the idea of a women’s space.

“As a community that hopes to move forward and grow together, having a healthy dialogue is necessary as we negotiate solutions for the problems that affect us all,” she said.

Meantime, Muttalib said organizers envision more programming that includes men, but the prayers will remain for women and children, including boys under the age of 12.

“It’s kind of analogous to a women’s college,” she said. “It’s meant to be a space for women to come together and talk about the female perspective.”

The event also included a Q&A discussion about the sermon, or khutba, something that doesn’t often happen in traditional mosques in a way where women can participate.

“It’s very rare for women to reach an imam after prayer,” Maznavi said, referring to the prayer leader. “This is one of the ways we’re trying to make women, feel more welcome and involved.”

Maznavi said the idea was not to compete with traditional mosques.

“We’re not an alternative space; we’re a complimentary space, Maznavi said. “We want to work with existing mosques to improve and make them more women friendly. We never intended for this to compete, it’s simply support for women.”

For now, the group will continue to rent out a location to conduct their monthly Friday prayer with hopes of expanding the program to other cities in the future. 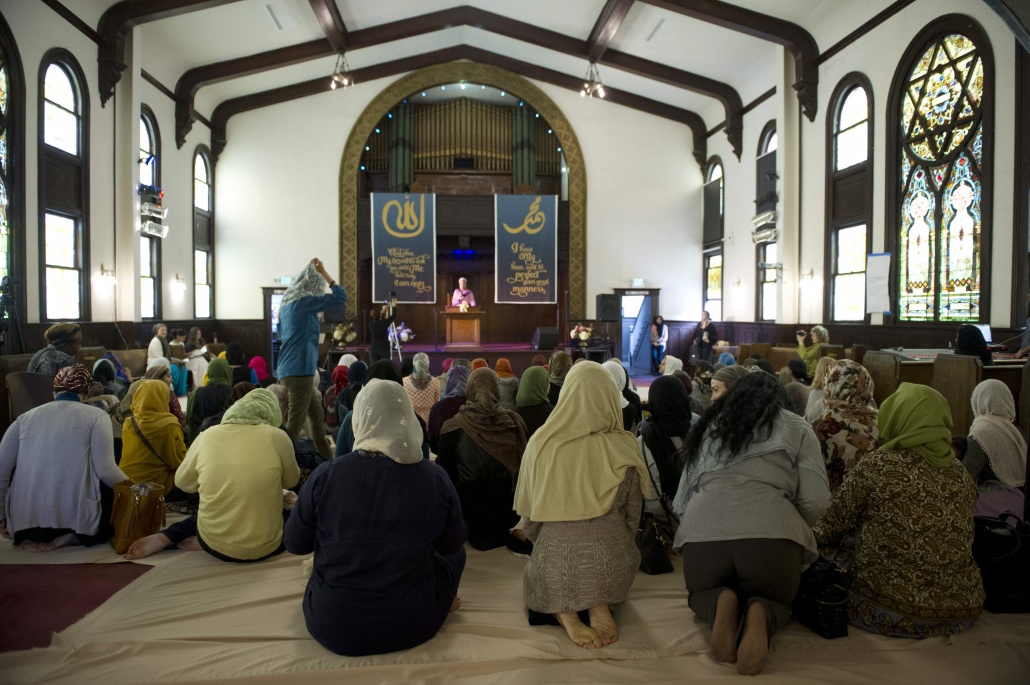 © 2020 MuslimObserver.com, All Rights Reserved
Your masjid is not a Fortune 500 company, nor should it be