Muslim Holocaust: Donâ€™t Miss the Forest for the Trees

As reported last week, a recent study carried out by a team of researchers from Johns Hopkins University in Baltimore and the Al Mustansiriya University in Baghdad published in The Lancet says that more than half a million people in the Fertile Crescent, namely, as many as 655,000 have died since the 2003 American invasion of Iraq. Their finding lends credibility to the claims of war crimes being committed in occupied Iraq.

Now Gideon Polya reports on another study which concludes that half a billion Muslims have died since 1950 in the worldâ€™s greatest holocaust. The premises and analytical techniques of this study must be studied along with the statistical conclusions.

This event in the overall holocaust industry is so important that we should be careful not to skew the findings. This story should not be skewed un-necessarily to show that Muslims are the only victims or that Muslims did not contribute to this holocaust, just as in the Nazi holocaust it is grossly unfair to cast this as exclusively a holocaust against Jews.

The mass murder of Gypsies in an effort to stamp them out as a â€œraceâ€ was not even mentioned until twenty years after the event, and still no-one, but no-one, is emphasizing the documented fact that 10,000 Catholic priests died in the Nazi concentration camps. In 1955-56 I was the acolyte and mass-server for Pater Natterer in Munich, Germany, who had been head of the German Klerus-Verbund (association of Catholic priests in Bavaria) during the war years. He autographed his book for me documenting this holocaust against Catholic priests. The Secular and the Armageddonite Zionists have carefully tried to cover this up, even to the extent of accusing Pope Pius XII of supporting the Nazis, so that the real truth about the worldâ€™s worst Holocaust in human history would not detract from the political advantages that it still serves as the rationale for creating the State of Israel.

Forty years ago I was the world authority on state-nation deaths, since almost all of the mass killings were between states recognized by the United Nations and nations that had been denied statehood. The state usually was run by a single nation simply attempting to eliminate its rivals, and 90% of these conflicts arose because the European colonialists had set up artificial states, often with a single dominant group supported as an ally of the conquering Europeans.

The lengthy studies that I conducted on the holocaustic dimensions of conflict after World War II and on the details of individual cases were published by the Hudson Institute and in articles in scholarly and popular magazines, with cut-down versions published in newspapers like the London Observer and the Washington Post and as an award-winning chapter in a book on the best reporting of the year by the Ripon Society in 1967.

My research, both academic and in the killing fields, indicated that as of 1965 the great majority of the deaths were of non-Muslims, such as the Nagas in India, several peoples in the Congo, and the Tibetans in what the United Nations still recognizes as China. Furthermore, part of the on-going holocaust phenomenon was perpetrated by Muslims, notably the million Christian Ibos killed in 1969 by Hausas and others in Nigeria.

Only recently have the vast majority of the deaths been of Muslims, most notably in Kashmir and Chechnya and Palestine and Lebanon. In some of these, such as in Darfur and Iraq and Baluchistan, the killings are by Muslims against Muslims. Yesterday, news articles pointed out that increasingly even Muslims within a single nation, such as what I call the Basra Republic in Iraq, have started to kill each other. This is as part of the holocaust that was inevitable as part of the universal national liberation struggle against the newest chapter in American imperialism.

We must avoid the victim mentality, when the causes are much deeper than merely non-Muslims killing Muslims, and when we ourselves as Muslims share much of the guilt. Otherwise we would miss what really is going on in the world and the fact that American aggression is merely part of the picture and not the whole story.

The recent study carried out by team of researchers from Johns Hopkins University in Baltimore and the Al Mustansiriya University in Baghdad published in The Lancet say over 655,000 Iraqiâ€™s have died since the 2003 invasion of Iraq. Their finding not only lends credibility to the claims of war crimes being committed in occupied Iraq; they are also simply shocking.

This is an enormous number of deaths of men, women and children in one country. However, the world does not even want to know about what is surely the greatest crime in human history and which is continuing unabated? One must wonder whether Human race has lost all sense of its shared humanity.

This Muslim holocaust has been in the making for long time. According to Gideon Polya of Media Monitor Network and United Nations population statistics have provided the key forensic evidence for the Muslim holocaust to be about 550 million since 1950. The sheer magnitude of this Muslim â€œexcess mortalityâ€ compels one to address this holocaust and bring to justice those responsible. The global media do not report the â€œMuslim Holocaustâ€ while are uncritically obsessed by the â€œwar of terrorâ€. These sorts of mass-murder constitute a holocaust of a kind unknown before in Human history.

Russians in Chechnya, Indians in Kashmir, Israelis in Palestine and Lebanon, American in Afghanistan and Iraq, are all committing these atrocities. This large-scale slaughter is taking place in full view of the world. Half billion-death toll of the Muslim since 1950 is one hundred times that of Jewish Holocaust (6 million victims). Everybody knows the Jewish Holocaust and war criminals involved have been captured, prosecuted and punished.

Unlike the Jewish holocaust, the Muslim holocaust is scattered incidents around the world from China to Bosnia to Palestine and Iraq. Who is responsible of this Holocaust? The simple answer is the colonial â€œoccupiersâ€ or as â€œpatronsâ€ of postcolonial regimes.

Muslim civilians are killed in Iraq and Afghanistan daily by US-made and US taxpayer-funded weapons, while President Bush is more interest in protecting frozen embryos. One would be forced to wonder that sanctity of Muslim life is unimportant to the neo-cons in Washington. Also when asked why the world hates America? The answer to the question lies in ever-expanding graveyard of Afghanistan, Iraq, Palestine and Lebanon. 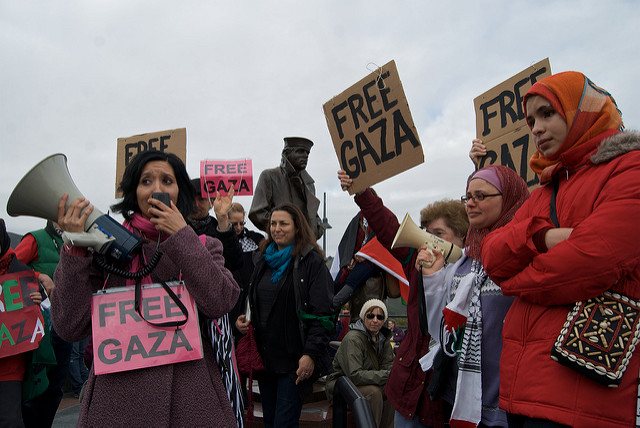 © 2020 MuslimObserver.com, All Rights Reserved
Look Whoâ€™s Intolerant What Are You Missing?
Scroll to top