Muslims worldwide plan to observe September 16, 2017 as a day of silence in solidarity with Rohingyas to protest the ongoing genocide against them. The call is given by the Chicago based Burma Task Force that has been actively raising the issue in the U.S. for the last few years.

More than 123,000 Rohingya refugees have fled to Bangladesh in the last 10 days after the latest Burmese military attacks against the Rohingya, which as reported by the United Nations (UN)  began on August 25. Additionally, there are another 400,000 Rohingya Muslims trapped in forests and mountains as the military continues its attacks from the ground and air. UN aid agencies also say that Burma continues to block the delivery of food, water, and medicine to the Rohingya.

The Muslim American community on September 16 would present the demand to the Burmese Commander-in-Chief to ceasefire and stop all operations against Rohingyas and allow all emergency relief to reach the persecuted community. Additionally, they would also ask the Burmese government to allow journalists and UN officials to visit Burma to assess the situation.

The latest military campaign against Rohingyas has caused almost 90,000 people to flee under fire. Burma, known as Maynmar, has blocked UN agencies from supplying food, water and medicine to over a quarter of a million displaced people.

It is estimated that up to 1,500 Rohingyas are forced to flee Bangladesh on a daily basis. Refugees reaching Bangladesh have spoken of not only massacres, but rape and arson committed by fanatic Buddhist monks and armed forces.

The Myanmar military has admitted killing 400 people whom they have described as “terrorists.”

Meanwhile, the international community is putting pressure on Aung San Sun Kyi, Myanmar’s leader and a Nobel Peace prize winner, to act decisively to curb the military operations. About 300,000 people have signed an online petition asking the Myanmar leader to return the Nobel Prize awarded to her in 1991.

Described by the UN as the world’s most persecuted racial and religious minority the 1.3 million Rohingyas are squeezed into the north-west state of Rakine in Myanmar bordering Bangladesh.

They were stripped of their citizenship in 1982 and since then have been living as stateless people in their own country, which  they have been living in for centuries. Since last year the military operations against Rohingyas have increased multifold and the UN has accused the army of committing ethnic cleansing.

Muslims led by the Turkish government have described the operation against Rohingyas as genocide and have urged the UN to take military action against Myanmar.

The Burmese Task Force is urging the Muslim American community to contact the following ambassadors about the plight of Rohingyas and demand military action against the perpetrators of crimes. 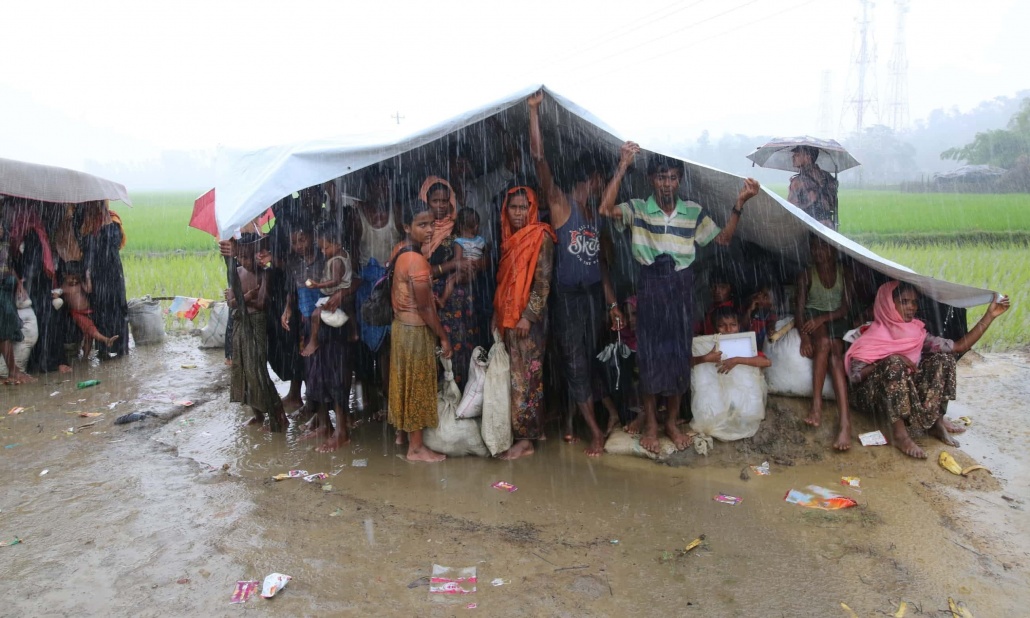 How I Celebrate Eid This Year
By Mahvish Akhtar, MMNS Today is Eid. It is a day to be joyous and to be happy. Yet for…

Linda Sarsour: “Give Me Joseph Biden!”

A Recipe for Scrumptious Lamb Biryani
Scroll to top