Farmingtonâ€”February 27â€”â€œLet it be over quicklyâ€â€”that is the prayer of all concerned except perhaps the PKK themselves.

â€œThis is the fourth day of this ground operation, and there have been some determined targets, and the operation is going as planned,â€ explained Mr. Fatih Yildiz of the Turkish Embassy in Washington. â€œOur sole target is the PKK terroristsâ€”we are taking the utmost care so no civilians are hurt, we made it very sure from the very beginning.â€

He explains the Turkish governmentâ€™s perspective, that Turkey had made its will known very clearly but without resultsâ€”â€œHad the Iraqi authorities taken the necessary measures against the PKK during the five yearsâ€¦[since the Iraq War began] there would be no need for these operationsâ€¦ We tried other ways, trilateral talksâ€¦ Not only with the Americans, but bilaterally also.â€ Perhaps the Turkish governmentâ€™s demands were beyond the willingness of the other parties to abide withâ€”they demand, in Mr. Yildizâ€™s words, â€œthe extradition of PKK leaders, whose names are on Interpol bulletins, the closure of PKK camps in the north of the country.â€

In November of 2007, Turkish Prime Minister Recep Erdogan came to Washington, DC to meet with President Bush, and there was a general understanding that this was to lay the groundwork for a Turkish military response to PKK killings of many Turkish soldiers.

Turkey estimates that the PKK had about 3,000 fighters in northern Iraq at the beginning of the incursion. Turkish incursion forces, whose numbers are not published by the Turkish government, but are estimated at between 1,000 and 10,000 under air support, invaded the Kandil mountain range in northern Iraq, following five bombing campaigns. Since the incursion, the Turkish military has inflicted some losses on the PKK, which has in turn claimed to have killed Turkish soldiers as well.

The residents of Iraq, whether they be Arabs, Kurds, or Chaldeans, have grave concerns over the potential for disturbance of the peace that rested until now on the shoulders of the Kurds of northern Iraq. And this concern is reflected in the voices of those in Michigan who come from the affected areas.

The underlying grievances are long-standing, consisting of repression against Turkish Kurds and a long-standing military feud. â€œThese people (the Kurds) asked for some freedom inside Turkey,â€ says Umid Gaff, an ethnic Kurd who now lives in Michigan. â€œThey are not allowed to talk their own language,â€ and [the Turkish government] calls them â€˜Mountain Turksâ€™ rather than Kurds. You canâ€™t speak your language, canâ€™t do school by your language, canâ€™t have a Kurdish [political] party.â€

Mr. Yildiz, on the other hand, emphasizes that Kurds in Turkey do have rights, and are represented in the political process there, some of them reaching very high ranks in the government. â€œIn fact Kurds can speak their language, first of all,â€ he says. And he explains that over the past half decade there have been a number of democratization programs aimed at gaining Turkish admission into the EU that have benefitted all Turks, including the Kurdish people of Turkey.

The view expressed by some Kurds is that an unwanted conflict between their wayward countrymen and the Turkish authorities is spinning out of controlâ€”and they fear the repercussions. Umid Gaff explains that â€œWe are not responsible for what happens between [the Turks] and PKK. The PKK does not get approval. Inside Iraq they are without any power from usâ€”we do not support them. The area they are in is mountains, not under Kurdish government controlâ€”between Iraqi Kurdistan and Turkey, far from control.â€

Mr. Gaff comes, as he explains, from the â€œSoutheast of Kurdistanâ€”Sulaymaniyya.â€ Sulaymaniyya is in a more developed region of Kurdistan than where the PKK is conducting its guerrilla war. Mr. Gaffâ€™s perspective is perhaps more nuanced because of his experience of the Kandil Mountainsâ€”he explains that â€œMost of this area is mountains that donâ€™t have any peopleâ€”the problem to us,â€ he explains, is that the Turkish military is damaging the infrastructure by â€œattacking some villages and some bridges.â€

â€œIn 1993 we had a war with the PKK, supported by the Turkish government.â€ Despite looking in the Kandil mountains for the PKK, â€œwe donâ€™t do anythingâ€”lost a lot of peshmerga in Iraqi Kurdistan.â€

â€œTomorrow the PKK goes to a different placeâ€”canâ€™t find him.â€

Another perspective is that of Iraqi bystanders, who seem universally startled and outraged by the Turkish attack. This is summed up in the words of Kamal Yaldo, who describes himself as an Iraqi activist. â€œWhen the Turkish military crossed the border, it was a violation of the mutual interests of both countries. Everyone is seeing whatâ€™s happening in Iraq now, now on top of this an intervention, an invasion from a foreign militaryâ€”I mean how much Iraq can take? How much?â€

Mr. Yaldo is a Chaldean, born in Baghdad but who has lived in the United States for long enough that only a moderate echo of his original accent lingers in his voice. He explains, â€œThere are 150,000 to 180,000 Chaldeans in the metro Detroit area.â€ This small community is perhaps equal to the number of Chaldeans left in Iraq, as he explains that perhaps half of the original 800,000 Iraqi Chaldeans left Iraq as refugees in the wake of the war and the following instabilityâ€”during which they and other non-Muslims are often targeted by extremists.

He explains that there is from Iraq also â€œa small Arabic community living mostly in Dearbornâ€”they are mostly Shiâ€™a, conservatively 15,000 to 20,000.â€

Also hailing from Baghdad is Michigander Nabil Roumayahâ€”he is the president of the Iraqi Democratic Union. He explains in impassioned terms that the conflict â€œwill lead to further destabilization of the region and Iraq and the whole area. Whatâ€™s happening, it should be resolved by political meansâ€”military solutions as we have seen do not produce results, only short-term results.â€

â€œWe want good relations with the Turkey government, they help us after 1991,â€ explains Mr. Gaff, referring to Turkish government support for the Iraqi Kurds who suffered reprisal attacks from Saddam Hussein after the Gulf War.

Gaffâ€™s sincere appreciation of the support from Turkey for Iraqi Kurds is a reflection of Turkish feelings of support for the Kurds. â€œIn the economic trade sense,â€ explains Mr. Yildiz, â€œTurkey is the primary counterpart of the recovery process in the north of the country. Most of the commodies transported there are from us. Turkish businessmen are quite active in the region in rebuilding that area. Any kind of instability in the region or in Iraq will not be in the interests of Turkeyâ€”it is fair to say that the presence of a terrorist organization in the north is a key element of instability.â€

All of the voices of Iraq seem to resonate on one point, the desire for a quick end to the fighting. Fatih Yildiz, speaking for the Turkish Embassy in Washington, explained that â€œAs soon as the planned objectives of the operation is achieved, our troops will be leaving northern Iraq.â€

Mr. Gaff echoes in a few well-chosen words the underlying fear of all of the othersâ€”â€œThatâ€™s the point, we are scared, donâ€™t want these people [the Turkish military] to stay a long time. We are scared they may pass these people [the PKK] and attack the villages.â€ 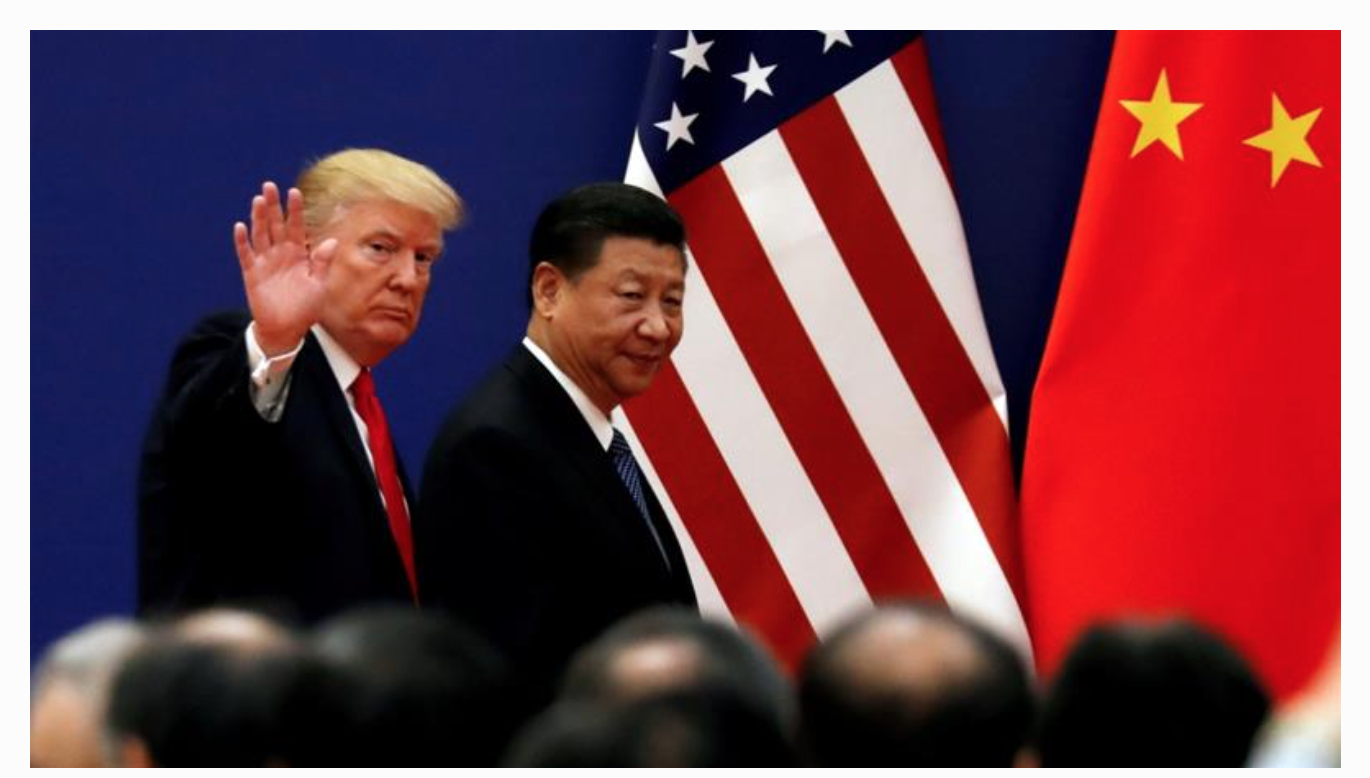 Beautiful Adhan in a Church with Good Acoustics